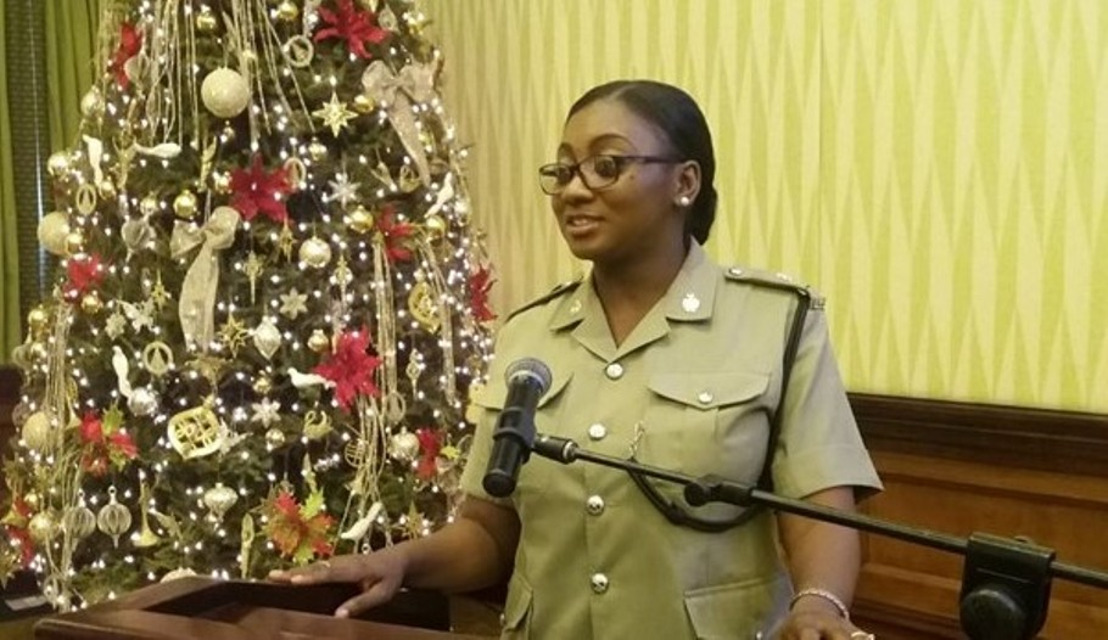 Reflecting on her journey and the source of her work ethic, determination and compassionate nature, Kamecia looked no further than the example set by her mother – a pillar of loving strength who, through many personal sacrifices as the sole breadwinner, always managed to provide for the family.

At a young age, Kamecia understood the importance of education as a stepping stone to greener pastures and, as such, paid keen attention to her studies focusing on the sciences in secondary school before being introduced to psychology at college, where her interest in the inner workings of the human psyche began.

“I found psychology fascinating and excelled with little effort. I later realised there was a paucity of this profession in the region and this compelled me to study psychology at a higher level."

In March 2010, she became employed as the first Forensic Psychologist in St. Vincent and the Grenadines and in October of the same year attained graduate entry into the Police Force and became the youngest person in the OECS to attain the rank of Assistant Superintendent, and later Superintendent of Police. In 2011, upon completion of the Regional Security System (RSS) Staff and Command Course, Kamecia was presented with an award as the most outstanding student and offered an opportunity to be a lecturer the following year.

Notwithstanding her numerous accomplishments in the field, it was this first experience as a teacher however, where Kamecia felt most useful to her community.

“The beginning of each course marks another batch of officers that I have an opportunity to mold into more skilled, learned and proficient officers within the region’s forces. This is what makes me feel accomplished.”

She would continue on this path, lecturing annually on the Staff and Command Course until being invited to represent the Royal St. Vincent and the Grenadines Police Force on the RSS Education Committee where she assisted in the review and development of policing standards and policies in the region.

In March 2016, Kamecia assumed her current position at the RSS Training Institute as the Staff Officer for Training where her primary responsibility is the coordination of training in the RSS Member States.

Her successes, Kamecia notes, were the result of a career plan paired with personal sacrifice and a firm determination to become a leading professional in her field.

"It's important to have a plan, to identify where you are and where you want to go in life. Once you've determined where your path will lead, it becomes easier to direct your next move.”

"It is also important for young persons not to be daunted by the struggles of their start in life, because your start does not determine where you will end."

Over the years, Kamecia has helped the image of the organisation evolve noting an increase in the number of police officers pursuing tertiary education and the attraction of graduates to the force. She now hopes to be a part of the modernisation of law enforcement in the region, through the use of technology and innovation.

“Police Forces must be contemporary and versatile enough to adjust to the current challenges and risks of the profession, therefore new policing technologies and a modernised force capable of adapting to the changing dynamics of crime are critical.”

"If we are static in our thoughts so too will be our policies, approaches and remedies to crime in our society.”

The project highlights one outstanding OECS national on a quarterly basis and aims to inspire the region’s youth to ‘think big’ and open their minds to extraordinary possibilities through the success stories of their OECS peers.