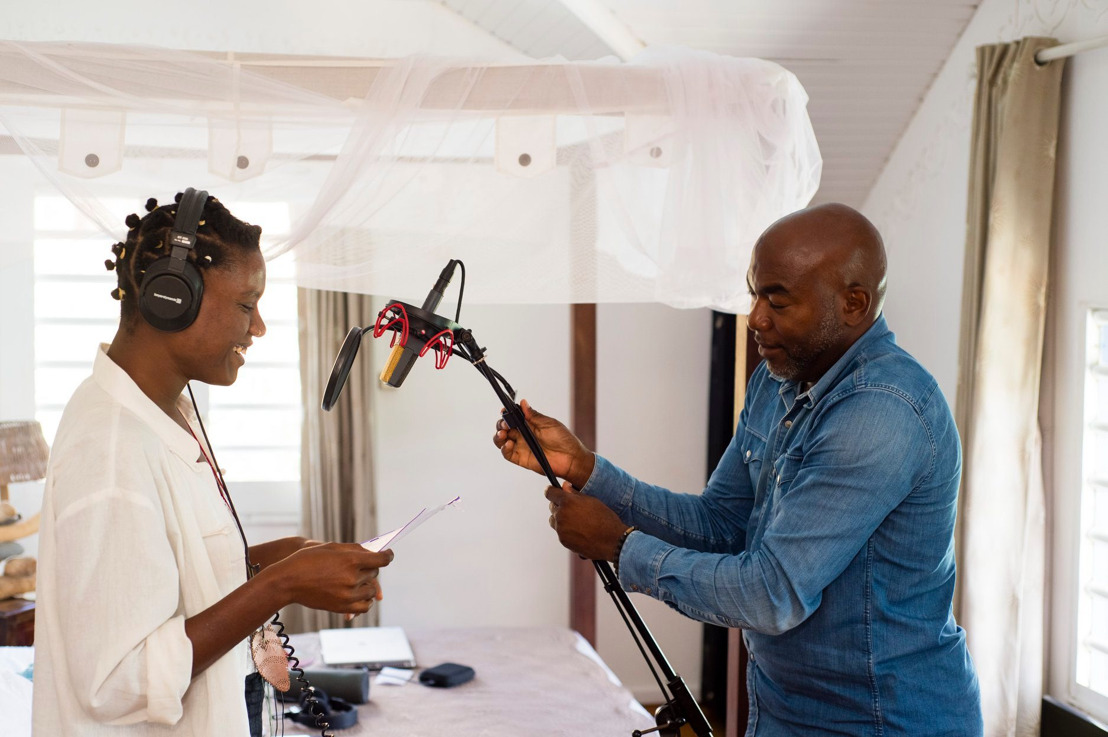 Beneficiaries of the INTERREG TEECA project from Martinique, Saint Vincent and the Grenadines, Saint Lucia and Saint Kitts and Nevis met with artists and music producers from Martinique along with Grammy nominated and hit-song writers from the USA and the United Kingdom. Participants completed a week-long exercise which aimed to foster collaboration and networking between artists and music producers in order to create new songs.

John Saunderson, internationally renowned music executive and publisher of the UK-based Ostereo Publishing Company, highlighted the importance of such camps to stimulate interest in music production and to create great songs for international artists and record labels. The British music veteran who has participated in multiple music camps across the world added that this camp was among some of the best camps he has ever attended.

“The Caribbean Song Writing Camp hosted in Martinique was a great initiative. I have participated in over 200 music camps all over the world, and I haven’t heard not one bad song here. I am extremely pleased with the outcome of this camp and I encourage the participants to move from producing songs of local interest to music material that could be consumed by the global music market". Saunderson said.

Vincentian music producer and beneficiary of the INTERREG TEECA project Mark Cyrus from Master Room Studios also highlighted the success of the Caribbean Song Writing Camp by congratulating the participants:

"You guys have really stepped up! We have identified some real great talents at the end of this music camp and I am really looking forward to use the material which arose at this camp and to take our creations to some of the major artists looking for material inspired by Caribbean talents” Cyrus said.

In the next stage of the Caribbean Song Writing Camp, the new music creations will be shared with John Saunderson and other industry partners in order to look for artists, record labels or music publishers who would agree to utilise the material for production in various markets across the world, or for the artists themselves to produce music for local and international consumption.

The artists who took part in the INTERREG TEECA project will also benefit from multiple deliverables including:

About the INTERREG TEECA project

The INTERREG TEECA project was launched in 2018. The programme aims to accelerate trade within OECS Member States by providing assistance to companies based in Martinique and the English-speaking countries of the OECS which wish to access to other markets. The INTERREG TEECA project fosters forging win-win partnerships within the entrepreneurship ecosystem of the region. Hence, 29 companies which were selected at the end of the call for projects are currently benefiting from a two-year tailor-made support programme to enable the export of their products and services to other markets.

This programme also aims to promote entrepreneurship among young people in the OECS Member States through the TECCA Caribbean Youth Entrepreneurship Challenge.

Coordinated by the Regional Council of Guadeloupe as the Managing Authority, INTERREG Caraïbes is a European Union programme which enables the French and European territories of Guadeloupe, French Guiana, Martinique and Saint-Martin, to undertake actions that foster cooperation with neighbouring countries of the Greater Caribbean. More than 35 countries from an area that encompasses Mexico in the north, to Venezuela in the south, are included among the potential partners of INTERREG-funded projects.