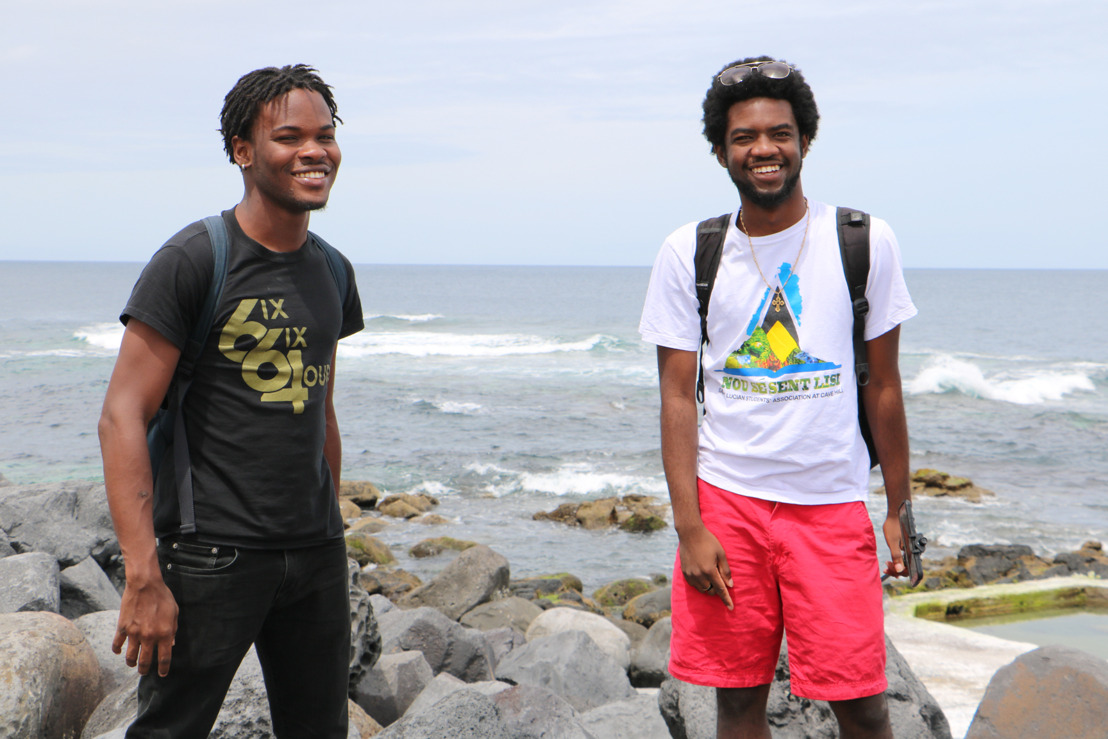 For many years, Jevanic Henry has been deeply involved in a series of initiatives to raise awareness on environmental issues in his home country and regionally.  Thanks to funding from the Peace Boat’s Ocean & Climate Youth Ambassador Programme and the Organisation of Eastern Caribbean States (OECS), the 22 year old Saint Lucian was able to take his message to the international arena.

Additionally, Montserratian Ashneil Jeffers who has been engaged in non-governmental organisations as a volunteer for many years, also participated in the programme thanks to funding from the Government of Montserrat and the Waitt Institute.

Both OECS nationals joined a group of six (6) youth ambassadors, who represented other Small Island Developing States (SIDS) including Fiji, Tuvalu, Palau, Singapore, Seychelles, and Trinidad and Tobago. The young leaders boarded the Peace Boat on a mission which aimed to amplify the call for action to address climate change and ocean degradation.

"Climate Change and Ocean degradation are issues which will critically determine the quality of life for the next generation so it is encouraging to see youth from SIDS at the forefront of advocacy. The Blue economy is also a theme which the OECS is driving through the Caribbean Regional Oceanscape Project (CROP) by supporting robust policies, strategies and marine spatial plans through highly participatory processes involving youth and multiple relevant stakeholders," Head of OECS Environmental Sustainability Cluster, Chamberlain Emmanuel, stated.

The youth ambassadors began the journey in Valletta, Malta (Europe) on May 24 and reached New York City on June 9, just in time to participate in activities held in collaboration with the United Nations for the observation of World Oceans Day 2019. Environmental activists also visited Granada (Spain), Tangiers (Morocco) and Ponta Delgada (Portugal) where they engaged with government representatives, university students and the general public on the consequences of climate change from the point of view of nationals of Small Island Developing States (SIDS).

"We are not the major contributors of climate change but we stand to be greatly affected. This is why, through this programme, we were able to meet with people from Granada (Spain), Morocco, and Portugal and bring our story to them in an effort to influence positive change," Youth Ambassador Jevanic Henry said.

About the Ocean and Climate Youth Ambassadors Programme

Peace Boat’s Ocean and Climate Youth Ambassadors Programme was first launched in 2017 at the United Nations Ocean Conference. The programme aims to highlight the stories and experiences of young people who are at the frontlines of climate change and ocean degradation by amplifying their voices. Peace Boat’s Ocean and Climate Youth Ambassadors Programme includes interventions in public events, press conferences and meetings with government officials in multiple countries visited by the youth leaders with the vessel. After the voyage, participants will use the experience and knowledge gained to contribute to their communities and internationally, engaging with young people to continue raising awareness.