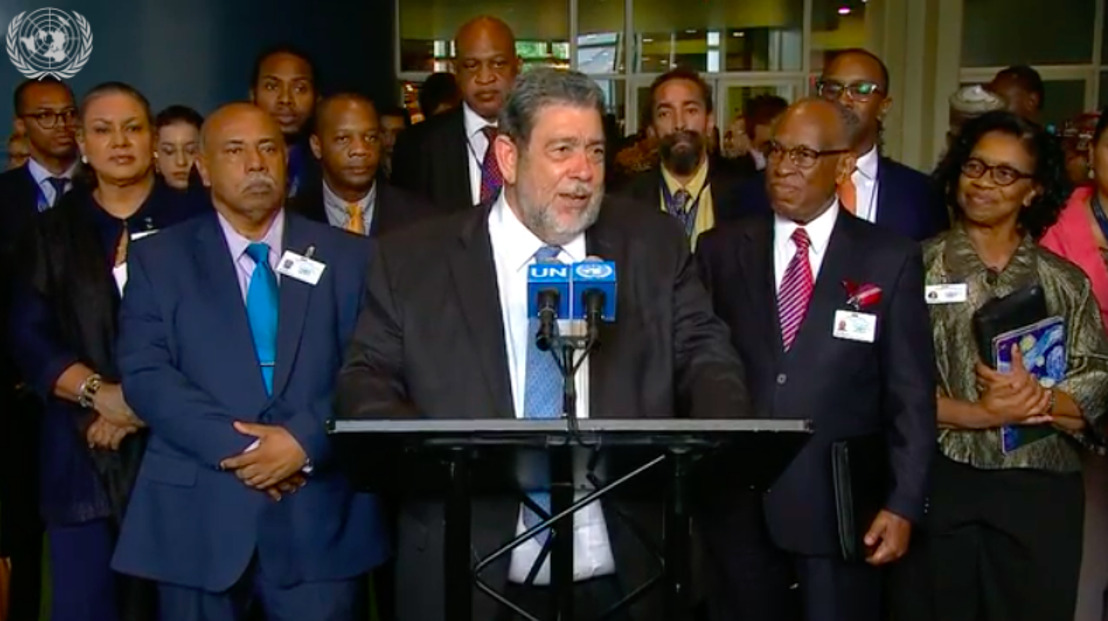 With the success of this campaign, Saint Vincent and the Grenadines has, to date, become the smallest Member State, in terms of population and territorial mass, to be elected to serve on this very important organ of the United Nations.

In keeping with the theme of “Friends of All: We Strive for a Better World”, Saint Vincent and the Grenadines is committed to reconditioning the traditional narratives on security by bringing to the fore the particular vulnerabilities of Small Island Developing States (SIDS).  As such, Saint Vincent and the Grenadines will work tirelessly towards addressing the unique plight of SIDS, especially as it relates to the nuanced and unprecedented challenges posed by climate change. The recognition of the link between climate change, and economic and human security is an absolute imperative for the survival of SIDS.

In addition, Saint Vincent and the Grenadines will continue to actively promote the principles of sovereign equality and respect for international law, non-interference and non-intervention, collective cooperation in solving global problems, as well as the concept of small island exceptionalism. Moreover, Saint Vincent and the Grenadines will seek to work with fellow Council Members, over the period, to address issues of international peace and security, particularly those which concern Africa, the Middle East and Latin America.