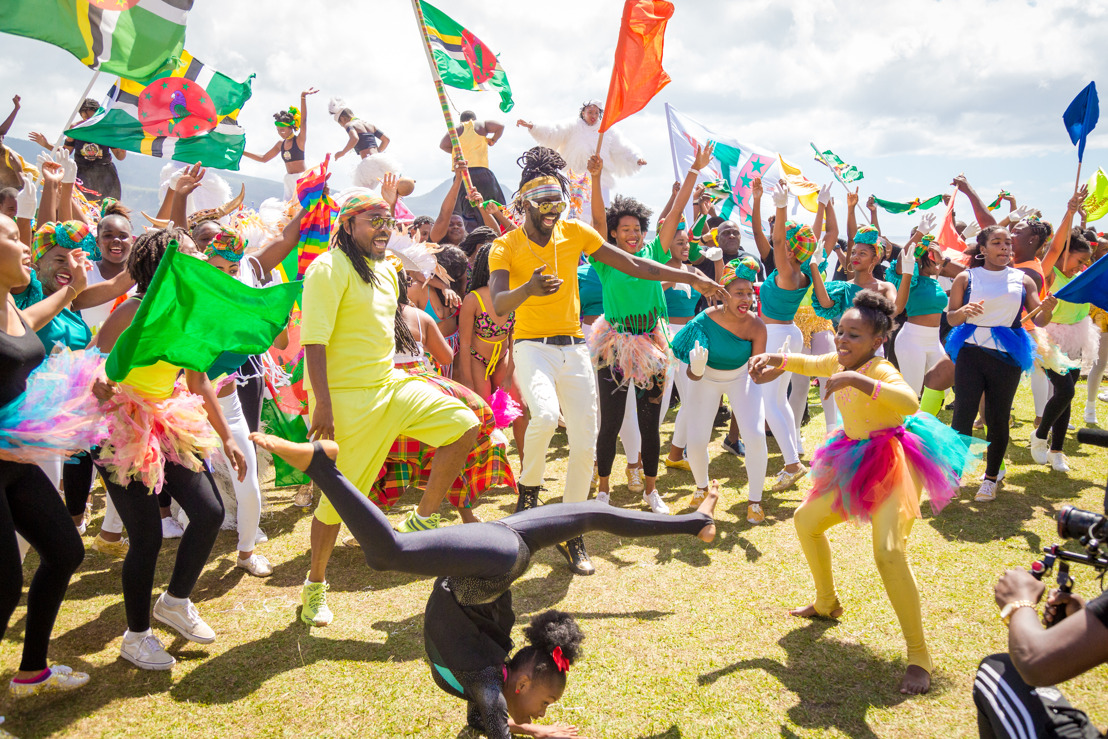 Famalay, which features Skinny Fabulous from Saint Vincent and the Grenadines and Machel Montano and Bunji Garlin of Trinidad and Tobago, was mixed and produced by Dada and is a song celebrating regional unity and togetherness among the people of the region through its music and culture. The song is a collaboration of four of the region’s most talented and endearing artistes, bringing together the artistic genius of the OECS and Trinidad and Tobago. The track combines the rich musical vibrations of Soca, Raga-soca and Bouyon in one of the most exciting and infectious songs for the 2019 carnival season in Dominica, Trinidad and Tobago and beyond.

Krishna “Dada” Lawrence is one of the most successful alumni from the OECS Competitive Business Unit’s Music Programme held under the 10th EDF Regional Integration for Trade in the OECS Programme. Dada was also one of the major producers during the OECS Regional Song Writers Camp held in Dominica in 2014, as well as in the musical segment of the 2017 Specialty Caribbean Expo held in Saint Lucia.

Following his participation in the OECS Regional Song Writers Camp, Island Network of Saint Vincent and the Grenadines, who coordinated the Camp, introduced Dada to the music scene in Saint Vincent where he has since become a major fixture on the production circuit. With the support of Island Network, another major beneficiary of the CBU Music Programme, Dada has been able to produce music for several of the leading Vincentian Soca and Ragga-Soca artistes, boasting two titles to his name thus far.

The two OECS musicians are very well known and highly respected in their respective countries and across the region. Skinny Fabulous, who hails from Chateaubelair on the Leeward Coast of Saint Vincent is a five-time Soca Monarch winner in Saint Vincent and the Grenadines. Krishna “Dada” Lawrence is a Dominican Bouyon producer and the owner of Cotton Groove Studio. The prolific music maker is one of Dominica’s most recognized producers having produced music for several leading artistes on the island as well as for several artistes across the region in various music genres.

As a part of the effort to promote the track, a series of video shoots were held during the week of February 19th in Trinidad and Tobago, Dominica and Saint Vincent and the Grenadines.  In Dominica, the video was shot on location at the historic Fort Shirley within the Cabrits National Park. A large number of locals from dance groups, carnival costume bands, sensay groups and from the indigenous community took part in what was deemed a highly successful and spirited video shoot.

Caribbean music lovers can look out for the sights and sounds of this unique musical composition from a group of Caribbean artistes who have been leading the charge to take our music to the world stage.

All photos compliments of the Discover Dominica Authority (DDA).