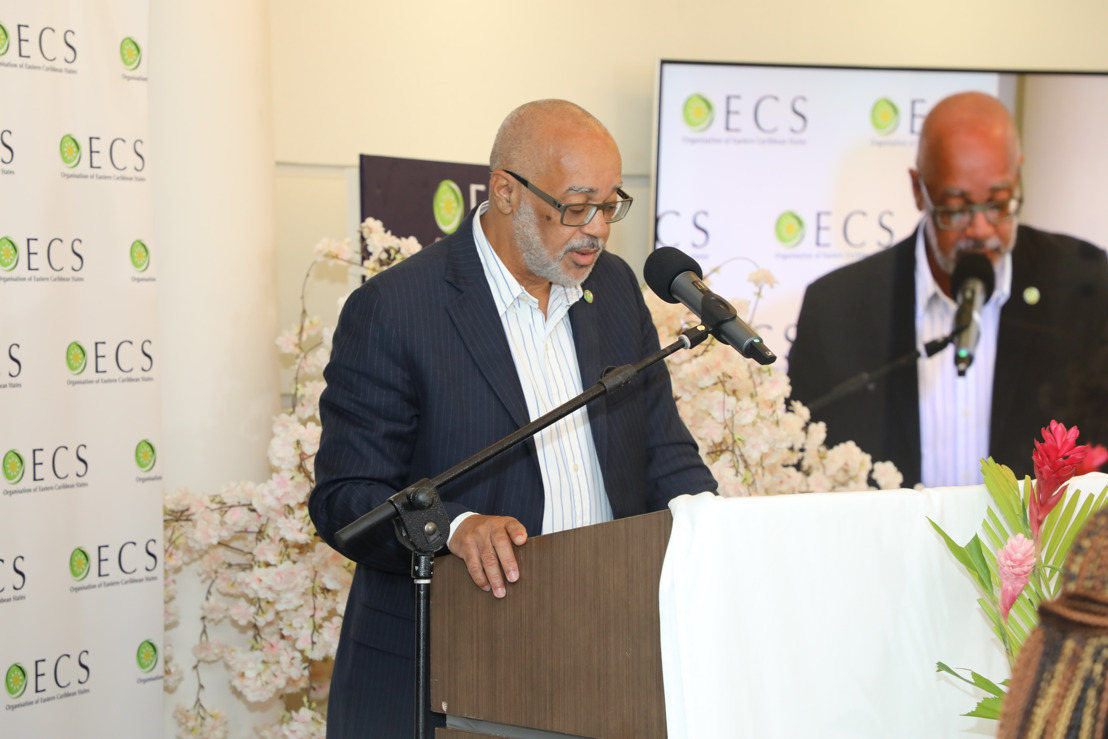 Tuesday, July 26, 2022- The Organisation of Eastern Caribbean States (OECS) Commission in collaboration with the United States Agency for International Development (USAID) hosted the Juvenile Justice Reform Project (JJRP) Closeout Ceremony on Tuesday, July 12, 2022, as a hybrid live and virtual event. The OECS and USAID representatives participated in the closeout ceremony at the Harbor Club, Saint Lucia, whilst government officials and stakeholders from the six JJRP participating Member States, namely Antigua and Barbuda, the Commonwealth of Dominica, the Federation of Saint Kitts and Nevis, Saint Lucia, Saint Vincent and the Grenadines and Grenada participated from their respective in-country locations. The ceremony was also streamed live via Facebook and YouTube.

The Juvenile Justice Reform Project supported the diversion, rehabilitation, and reintegration of child offenders and has been implemented from 2011-2022 through two phases. The objective of the JJRP was to divert, rehabilitate and reintegrate children in conflict with the law, giving them a second chance for a stable and secure life.

Phase two of the JJRP began in 2017 and closed on June 30th, 2022. Through this phase, more than 570 children in conflict with the law have been diverted from the court and rehabilitated, whilst over 1400 service providers have been trained across the OECS to divert and rehabilitate children. During the lifetime of the Juvenile Justice Reform Project, child justice rehabilitation centres were created, existing centres were upgraded, and Child Justice legislation was passed in five countries. Grand Bacolet Juvenile Rehabilitation Centre in Grenada, New Horizons in Saint Kitts, and Yes to Success in Nevis are examples of new facilities established during the life of JJRP. Relevant infrastructure and programs have also been successfully implemented to support the rehabilitation of children in conflict with the law. In this way, children aged 12-17 years old who committed eligible crimes were diverted from the adult justice system.

The JJRP and its stakeholders, which include the child protection system, justice system, education systems,  civil society, private sector, and collaborating development partners have worked tirelessly to give children in conflict with the law the training, support, and tools needed to become well-rounded and productive citizens who contribute to society in a meaningful way. The ceremony was a celebration to showcase the successes of the program.

“We have come far, but we have learned lessons along the way. There are still gaps, and so, we look forward to continuing to partner with USAID in the child and youth justice space. We need to pay attention further upstream to identify those who need to be diverted before they come into conflict with the law”.

“To our youth beneficiaries and partners, your ideas, voices, and talents matter and USAID will work with our partners to ensure that you are involved in a meaningful way to determine how changes are made and that programs are designed to respond to the challenges you face, and support your paths to success and becoming responsible adults.”

www.facebook.com
OECS USAID JJRP update: Documentary on the Juvenile Justice Reform Project in the Eastern Caribbean
ABOUT THE JUVENILE JUSTICE REFORM PROJECT PHASE II (JJRP II) The Juvenile Justice Reform Project (JJRP) Phase II, funded by the United States Agency for International Development (USAID), and being implemented by the OECS Commission, deals specifically with children in conflict with the law and the provision of diversion, rehabilitation and reintegration mechanisms for assisting children in the six (6) OECS independent Member States of Antigua and Barbuda, the Commonwealth of Dominica, Grenada, St Kitts and Nevis, Saint Lucia and St. Vincent and the Grenadines Over the four years of JJRP Phase II, some key achievements include: - Child Justice legislation passed in Antigua and Barbuda, Grenada, St. Lucia, St. Kitts and Nevis and St. Vincent and the Grenadines. - A Legacy model and framework to guide the use of diversion, rehabilitation and reintegration has been developed and is being adopted in all of the countries. - Diversion and rehabilitation options being actively supported within partner countries. - Since 2016, 323 children have been diverted/given alternatives from arrest or custodial sentences, representing a more than 300% increase in the use of diversion. - 215 children in conflict with the law completed Aggression Replacement Training (ART®). - Over 1,400 service providers have been trained to improve the diversion, rehabilitation, and reintegration services provided to children in conflict with the law and their families. More information on the project: https://oecs.org/en/juvenile-justice-in-the-eastern-caribbean-jjrp-ii