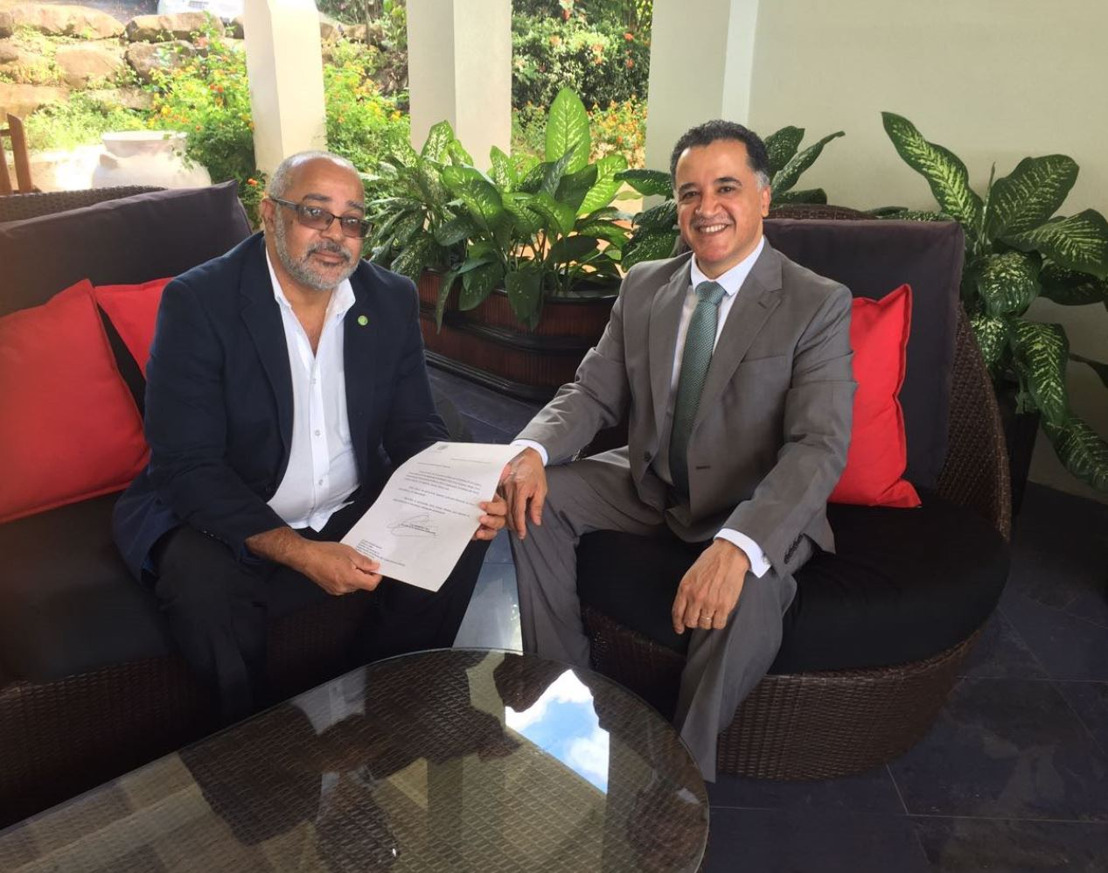 In presenting his credentials H.E. Oscar Esparza-Vargas reiterated the deep friendship and commitment of Mexico to bilateral and multilateral solidarity with the Eastern Caribbean States, as well as to the ideals of integration between them embodied and implemented by the OECS.

He discussed with the Director General the range of ongoing and future planned collaborations at the bilateral and multilateral levels and agreed on some key initiatives of benefit to Member States, which would be jointly coordinated between the Embassy of Mexico and the OECS Commission.

“Mexico is profoundly interested in the process of political and economic integration currently underway in the Eastern Caribbean States through the OECS and considers that unity between likeminded countries is fundamental in ensuring our capacity to face international and regional challenges, including the efforts to increase resilience to climate change. In that sense, Mexico shares with the OECS and its Member States the values of democracy, integration and solidarity, and is ready to be a reliable development partner for the OECS and its Member States”.

In receiving the credentials of Ambassador Esparza-Vargas, the Director General expressed the deep appreciation of the Commission for the unfailing support of Mexico to Member States of the OECS and expressed appreciation for Mexico’s continuous dialogue with the OECS Commission.

Both parties agreed to convene formal meetings in early 2018 to explore modalities for deepening their collaboration.

The Embassy of the United Mexican States was established in St. Lucia in 2005 and covers all of the OECS Member States. Mexico and the OECS signed in 2014 an Agreement for Technical and Scientific cooperation that will serve as a framework for the abovementioned initiatives.