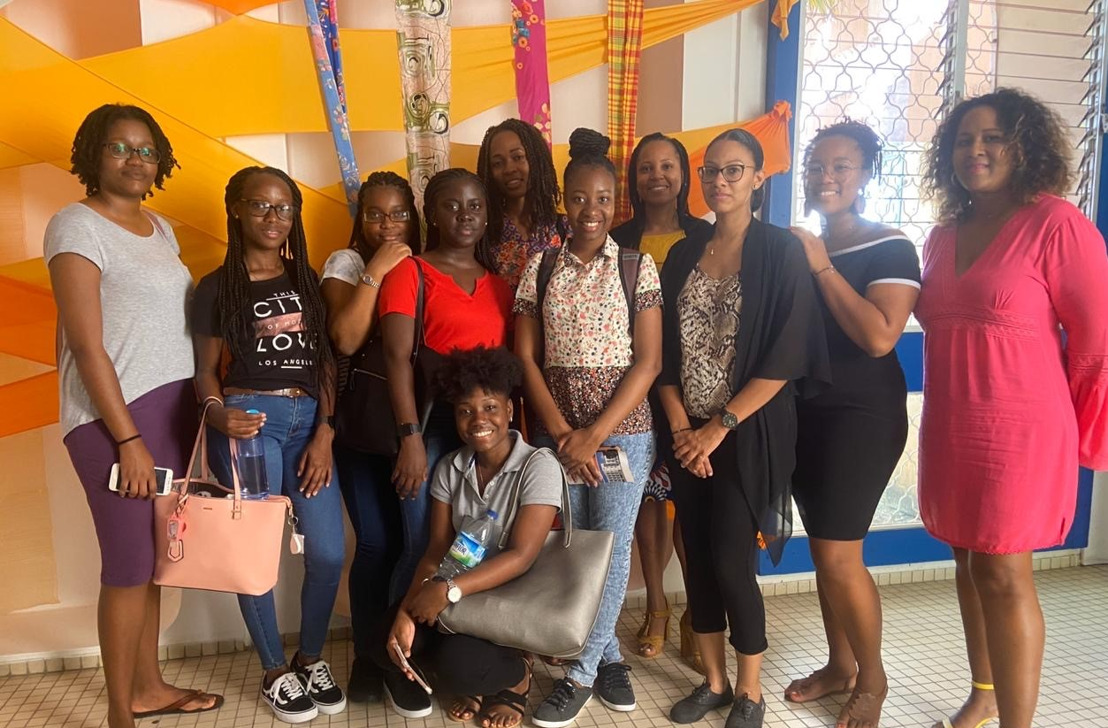 The INTERREG ELAN project, which was initiated by the Academy of Martinique in 2019 with the support of the Public Interest Group for Continuing Education and Professional Insertion (Martinique), pursues three main objectives including:

The first academic year of the project saw multiple achievements with regards to student mobility, capacity building and exchange of best practices between teachers from Martinique and Guadeloupe, and from Eastern Caribbean countries.

Over 40 students benefited from a €700 grant per month along with a travel allowance of approximately 80% of the cost of a round trip ticket which facilitated their participation in immersion programmes in the Caribbean basin.

A group of 5 teachers from the Commonwealth of Dominica participated in a French as a Foreign Language (FLE) workshop in April 2019 which included a cultural immersion in French and Creole, with access to multiple educational resources. Additionally, 80 primary and secondary school teachers from the Académie of Martinique participated in a series of 14-day workshops hosted at the University of the West Indies Cave Hill Campus Centre for English Language Learning (Barbados).

During the first year of implementation of the INTERREG ELAN project, 14 Master's students from Martinique and Guadeloupe were able to participate in an immersion and comparative research project in Saint Lucia.

These activities also served as an opportunity to conclude sustainable partnerships between multiple education institutions.

Partners of the project acknowledged that many activities could not be completed as planned due to the COVID-19 health crisis. However, they indicated that the project was not financially impacted. To conclude, partnersy reaffirmed their commitment to pursue the implementation of the INTERREG ELAN project, which is expected to be finalised in December 2020.

About the INTERREG ELAN project

The INTERREG "Linguistic Exchange and Innovative Learning through Mobility" (ELAN) project was launched in 2019. INTERREG ELAN is a two year project valued at 3 million Euros and co-financed by the INTERREG Caraïbes programme under the European Regional Development Fund (ERDF) and the European Development Fund (EDF). The project resulted from close collaboration among multiple partners alongside the Academy of Martinique including:

INTERREG CARAÏBES 2014-2020 is a programme of the European Union led by the Regional Council of Guadeloupe which assumes the role of Managing Authority of the Programme. INTERREG enables the French and European territories of Guadeloupe, French Guiana, Martinique and Saint-Martin, to undertake regional cooperation actions with their neighbours in the OECS and the Greater Caribbean, which encompasses more than 35 countries from Mexico in the north to Venezuela in the South.