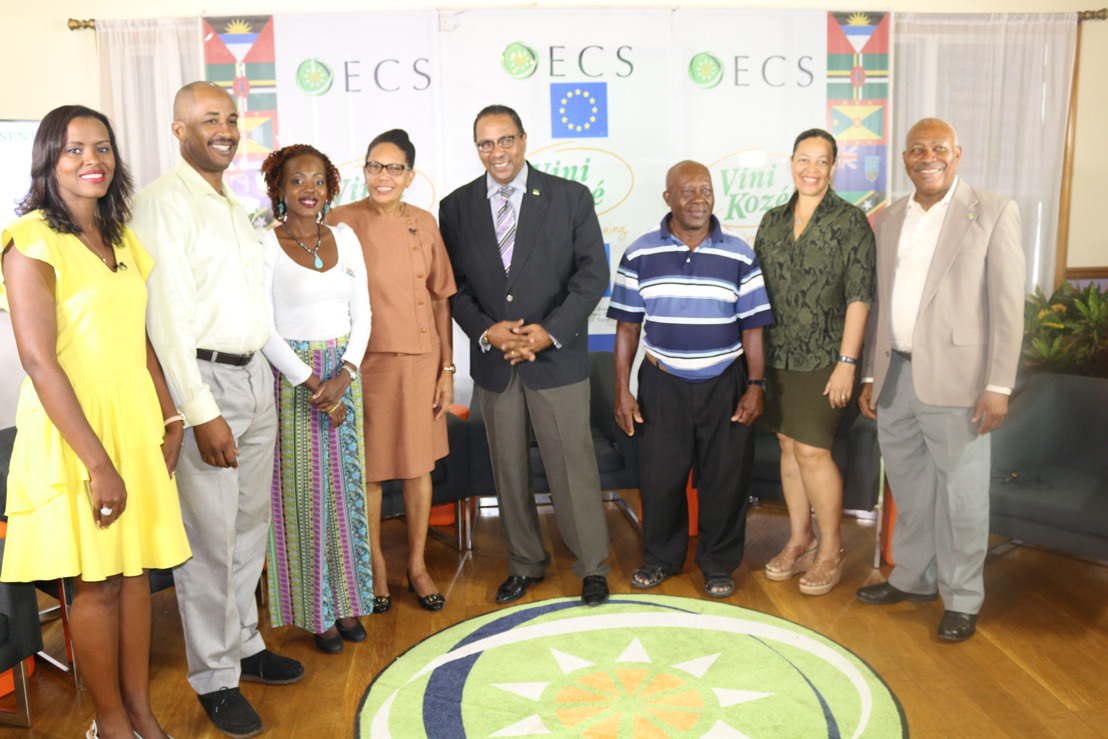 According to d’Auvergne, a Study done for Saint Lucia in 2008 concluded that while we see an average of one to two Category 4 or Category 5 hurricanes per year, we are likely to see an average of four or five hurricanes of that magnitude each year. Citing another Study, d’Auvergne said rainfall in the Caribbean is expected to increase by 25 – 50 percent in the next five decades. According to d’Auvergne, these extreme weather patterns will become “the new normal.”  He says the frequency and intensity of extreme weather conditions is likely to increase as a result of Climate Change, and the Caribbean should plan accordingly. He warns the region to brace for more severe natural disasters like droughts, hurricanes and floods, as a result of Climate Change. d’Auvergne told the Forum: “We have always had  hurricanes, droughts have always occurred. They will continue to happen but they will be more intense.”

Dominica was devastated by Tropical Storm Erica in August of 2015. Minister for Health and Environment, Dr. Kenneth Darroux, said Dominica has never seen a disaster of such proportions in terms of damage to infrastructure, loss of life, and the emotional scars left on the people of Dominica. The infrastructural damage to Dominica by Tropical Storm Erica has been estimated at $1.4 billion. Minister Darroux said Tropical Storm Erica has caused the Government of Dominica to take a more holistic approach to tackling the issue of Climate Change and revisit its land use and planning policies and regulations.

In the aftermath of Tropical Storm Erica, the Global Environment Fund (GEF) has been helping to build resilience in vulnerable communities in Dominica through its Small Grants Programme (SGP).  National Coordinator of GEF-SGP in Dominica, Agnes Esprit, says GEF’s intervention is driven by the communities in which it works, and that makes for a more sustainable and people-led approach to projects.

The Caribbean Youth Environment Network (CYEN) was also represented at the Climate Change Forum in Dominica. Regional Chairperson, Jamilla Sealy, says CYEN does a tremendous amount of advocacy, public awareness and education on the environment and climate change, targeted at young persons’ as well as the general populace in the region. The Caribbean Youth Environment Network was integrally involved in the Climate Justice Campaign which championed the “1.5 to stay alive” initiative, leading up to COP 21 in Paris in December 2015. Sealy says she is encouraged by the traction which the movement gained.

Kenneth Samuel has earned a living from the Sea for over 50 years now. He started off as a fisherman, but transitioned into scuba diving. As a Master Scuba Diver, he now owns and operates Kenneth’s Dive Centre in his native St. Kitts. Mr. Samuel, who is now in his 70s, says he has seen the effects of Climate Change up close, to the point where it has begun to affect his livelihood.

The OECS Commission continues to support the wider region, representing and working on behalf of its Member States in line with Article 24 of the Revised Treaty of Basseterre and the St. Georges Declaration of Principles on Environmental Sustainability.

The OECS Public Education Forum Series (PEFS) runs until March 2017. The next Forum is slated for Martinique on February 24. The topic of discussion will be OECS Regional Integration, with a focus on free movement of persons, the harmonisation of legislation, and investment opportunities across OECS Member States. The Forum Series is part of the public education component of the Economic Integration and Trade Programme of the OECS region, funded by the 10th European Development Fund.