During the discussions held at the OECS, Mr. Patil outlined the importance of the Caribbean region in leading the Blue Economy movement. The delegation leader pointed out that, although small, the region serves as an inspiration and the overall aim of the CROP initiative is to expand upon the work that has already begun. He noted that the CROP will provide support to implement the OECS Eastern Caribbean Regional Ocean Policy (ECROP) which was developed with support from the Commonwealth Secretariat and approved by the OECS Authority (Heads of Governments) in June 2013.

Director General of the OECS, Dr. Didacus Jules, welcomed the team and assured the Organisation’s full support to ensure a more progressive, effective and sustainable framework for the utilization of the region’s marine resources.

“The health of our marine environment is largely tied to the economies of OECS Member States whether that be for example, tourism or fisheries.

“The sustainable management of our oceans in close collaboration with our partners is therefore critical to the on-going prosperity derived from the blue economy from which the OECS is heavily dependent,” Dr. Jules said.

The three day visit facilitated seamless collaboration with many OECS Units directly connected to the CROP such as Oceans Governance and Fisheries, Environment, Legal, Education, Communications and Resource Mobilisation. In their closing remarks, members of the World Bank Mission expressed satisfaction with the planning progress achieved during their short stay.

The inaugural Caribbean Region Dialogue with the G20 Development Working Group (DWG), held in Washington DC on April 13, 2015, recommended inter alia the preparation of an in-depth analytic report, to define an overarching framework to better understand the economic potential of transitioning to a blue economy in the Caribbean region.

The 2015 G20 DWG meeting also catalysed the World Bank (WB) to develop a Caribbean Regional Oceanscape Non-Lending Technical Assistance Programme (CROP) to support development of a blue economy in the region.  Through the CROP, the WB intends to mobilize significant and diverse resources to a total of US$108.3 million ($6.3 million GEF; $102 million base cost co-financing) in collaboration with Caribbean nations and development partners to support ‘blue solutions’ for sustainable ocean-based economic growth and development across the region.

The participating OECS Member States have entrusted the OECS Commission and the World Bank with implementation of the US$6.3M Global Environment Facility (GEF) grant.

The attached report, prepared jointly by the World Bank, the Commonwealth Secretariat and the OECS was launched on Friday, 7 October 2016 at a World Bank Seminar and Panel Session titled "Toward a Blue Economy: A Promise for Sustainable Growth in the Caribbean." 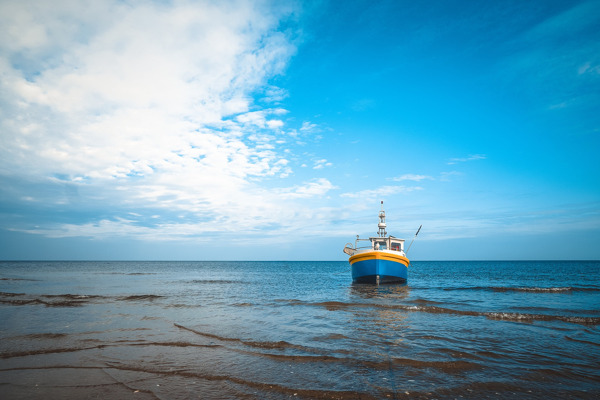