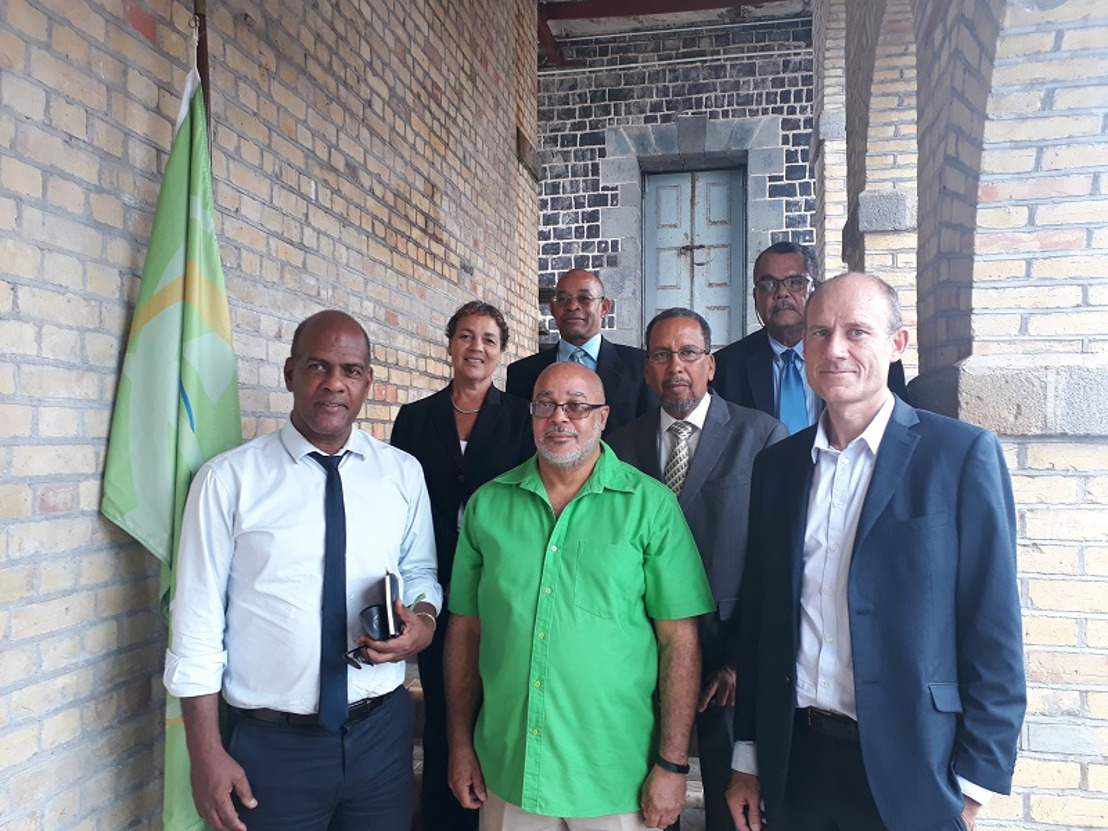 Director General of the OECS, Dr. Didacus Jules and Tourism Officer, Maria Fowell met with the Deputy of Martinique, Serge Letchimy; Director of Civil Aviation for the French Territories of the Caribbean and French Guiana, Frédéric Guignier; Marketing and Communication Officer of the International Airport of Martinique, Valérie Césarine; and three representatives of the Eastern Caribbean Civil Aviation Authority (ECCAA) namely, Director General, Donald McPhail, Director of Flight Safety, Sylvester Dardaine, and Air Navigation Services, C. Anthony Meade. The meeting was held at the OECS Commission to discuss areas of cooperation regarding air connectivity between the Caribbean, Europe and the Americas.

A similar initiative is also being implemented in other French Overseas Territories of the Pacific and the Indian Ocean. This mission resulted in the successful opening of air routes between Reunion Island, a French territory located in the Indian Ocean, and the neighbouring countries of Madagascar and South Africa.

"The global objective of the mission is to place the Caribbean at the center of negotiations regarding airline connectivity between France and the Americas," Deputy of Martinique, Serge Letchimy said.

Deputy Letchimy is committed to the achievement of this objective, especially through the launch of two initiatives, namely, an Annual Conference on Airline Connectivity and a Commission dedicated to Airline Connectivity matters. He affirmed that both initiatives would provide a unique space for discussion among the OECS Commission, Civil Aviation Authorities, Heads of Government of the OECS Member States, other Caribbean countries and representatives of the major airlines which operate in the region.

Director General of the OECS Commission Dr. Didacus Jules welcomed the two initiatives, mentioning their alignment with another project named Caribsky. The Caribsky project was officially launched in Guadeloupe in April 2018 and was the result of a partnership between three major airlines: Air Antilles, Liat and Winair. The 4,7 million project is funded by the European Union’s Interreg Caribbean Programme which provides 50% of the global budget. It seeks to improve air transportation within the region by forging a network of interconnected airlines serving 46 destinations in the Caribbean. Caribsky will contribute to the free movement of people and goods, and encourage cultural exchanges while boosting economic growth.

“It is our responsibility to ensure the success of the Caribsky Project because it signifies a concrete example of collaboration between French, English and Dutch Caribbean islands,” Dr. Jules stated.

Further discussions will be held with Heads of Government to address airline connectivity and accelerate the implementation of multilateral agreements on this critical matter.