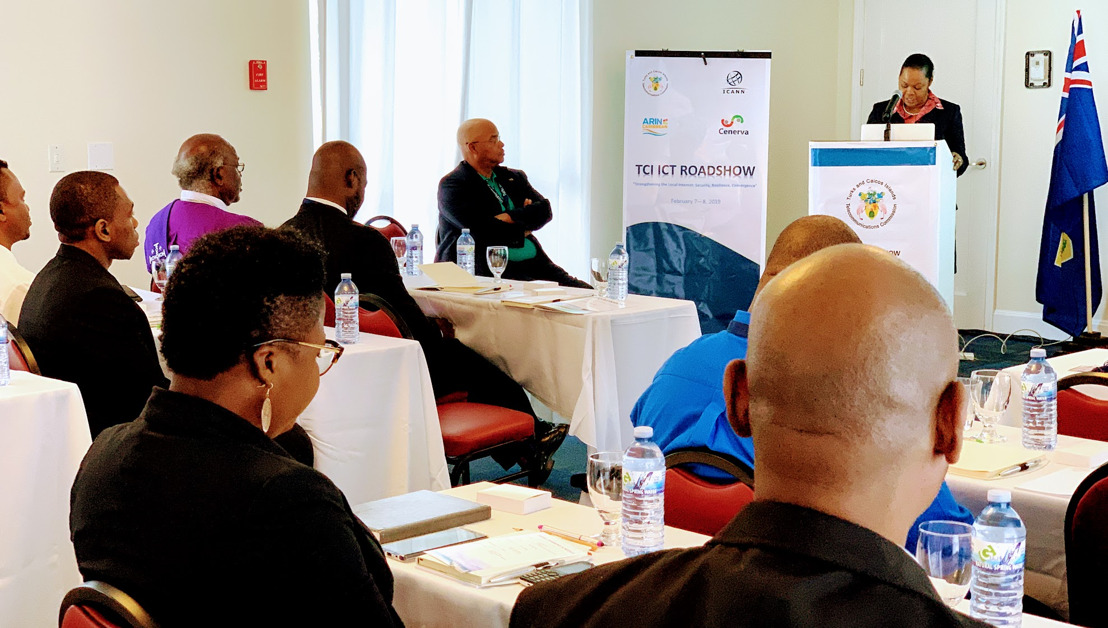 Minister of Home Affairs, Transportation and Communication, Vaden Williams, outlined government plans at the opening ceremony of the TCI ICT Roadshow, in Providenciales.

The event was hosted by the TCI Regulatory Commission in collaboration with ARIN and ICANN.

“These statistics confirm the theory that for TCI and the world data is the most valuable resource. The TCI must therefore ensure that its government, businesses and residents are adequately prepared to maximize the potential of the Internet, if it is secure its economic interests and meet its social development goals,” said Minister Williams.

The TCI Telecommunications Commission has identified the need to take deliberate steps to create a sound foundation to support development of the digital economy in the Turks and Caicos,” said Kenva Williams, acting Director General of the country’s telecommunications regulator.

“Ensuring there is a clear national understanding of how the Internet economy works is an important first step for the TCI. This will involve specific initiatives to raise awareness in the territory of role of critical internet infrastructure, Internet policy and cybersecurity.

"The TCI ICT Roadshow is a key part of our strategy to achieve this. And we were very pleased to secure the support of two leading Internet development organizations that serve the Caribbean, ARIN and ICANN,” said Minister Williams.

“Given the rapid pace of development on the Internet, the ICT Roadshow is the start of a series of outreach and capacity building awareness initiatives to be spearheaded by the Commission. In the coming months we hope to facilitate creation of a multi-stakeholder group to coordinate the development national plans.” said Pedro Ariza, Chairman of the TCI Regulatory Commission.

“Beyond plans, we also hope that such a group can also oversee the implementation of specific initiatives like a national cybersecurity strategy and establishment of a local Internet exchange point.” added Pedro Ariza