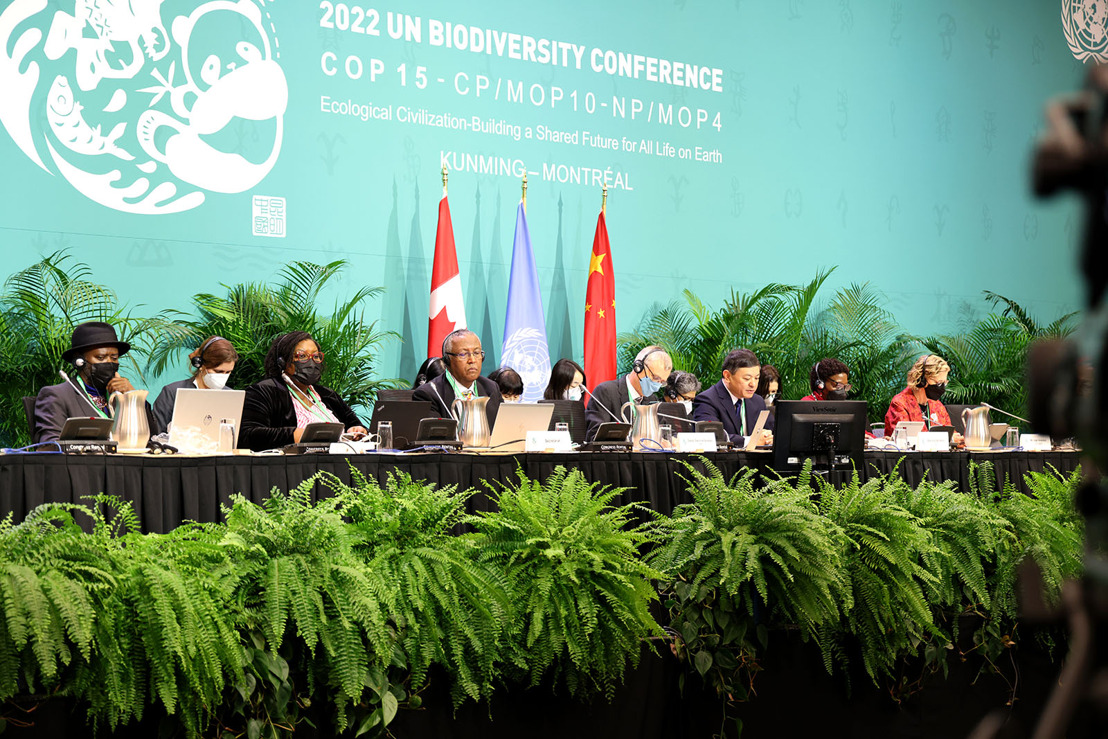 Wednesday, December 14, 2022  — The United Nations 15th Conference of the Parties on Biodiversity, or COP15, currently underway in Montreal, Canada, has brought to the fore the global biodiversity crisis. Though little is heard about this existential threat – being eclipsed by the climate change crisis – its consequences will be detrimental to human survivability.

It is estimated that in the last 500 years, 902 taxonomic species have gone extinct, including 85 mammals, 159 birds, 35 amphibians and 80 fish species. Of these extinctions, 500 occurred in the last century, which are attributed to plastic pollution, use of pesticides, invasive species, and climate change, among others. Sadly, these extinctions have primarily affected Small Island Developing States (SIDS).

At a COP15 plenary on Thursday, December 7, Ms. Nneka Nicolas, Legal Consultant with the Antigua and Barbuda delegation, delivered a statement on behalf of 38 Small Island Developing States in the Caribbean, Pacific, Indian Ocean, and African Regions (SIDS), during which she stated:

"Our island states are biodiversity hotspots with high levels of endemism. Approximately half of the animal extinctions recorded in the last 400 years were island species. It is scientifically well known that the biodiversity of SIDS are particularly vulnerable. Our relatively small sizes make us particularly susceptible to the effects of biodiversity loss brought on by accelerated climate change, invasive alien species, land degradation, pollution and overexploitation.”

The CARICOM delegations, including OECS Member States, also highlighted to the COP15 Presidency the need to address the decline of marine biodiversity in the region, given that it sustains the lives of hundreds of thousands of people. “Every year we are concerned about the significant recession of our coastlines and the significant adverse impact on our marine and coastal biodiversity as a result of sea level rise, ocean acidification and marine pollution.”- Nneka Nicolas -

At this time, we have two projects that look at issues related to marine pollution. One of these projects is funded by the Norwegian Government and is called ReMLit – Building Resilience in the Eastern Caribbean through Reduction in Marine Litter (ReMLit) Project. The  other is the Recycle OECS Project – which seeks to address the issue of plastic pollution – funded by the European Union.”

The OECS is also executing the BioSPACE project – Biodiversity Support for ACP Coastal Environments – which is implementing several measures to preserve marine biodiversity in nine OECS Member States. This project is also funded by the European Union.

For negotiations at the Conference, the OECS and CARICOM have teamed up to ensure the best possible outcomes for biodiversity conservation in the Caribbean region. In preparation for these meetings, CARICOM Regional Expert, Dr. Patrick Chesney said, “We prepared a number of important documents, which captured the state of negotiations under the global biodiversity framework and the other three priorities identified by other Caribbean delegations, which include resource mobilization and financing, coastal and marine biodiversity, and the Global Biodiversity Framework. Coming here to Canada to be part of part II of the 15th Conference of the Parties, we’ve already completed the fifth open ended work group meeting to take the results from the fourth meeting, which was held in Nairobi in June this year, and to advance those recommendations to the stage where we believe we have a document that the present Conference of the Parties could actually consider and take forward for adoption by the time this conference ends.”

The OECS Commission recognises the need for a new global roadmap that builds on the recently concluded 2011-2020 Biodiversity Strategy and continues to pursue the three objectives of the Convention on Biological Diversity. The Commission, through its Biodiversity and Ecosystems Management Programme and associated initiatives, will continue to support the enhancement of national and regional capacity to fulfill the obligations of Member States that are Parties to the Convention"