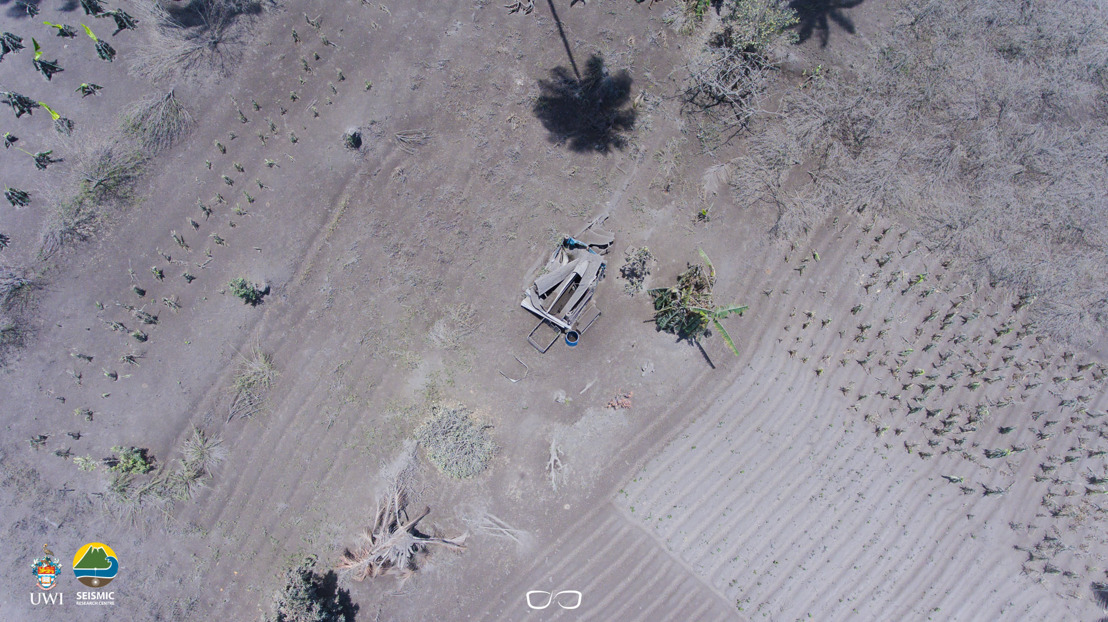 This disaster has multiple implications for St. Vincent, from an economic, health, social and safety perspective. The natural phenomenon is having a particularly detrimental effect on agriculture, as farmers in the affected zone had to be evacuated, abandoning their crops and leaving their animals unattended. The fall-off in agricultural production in the short-term will be severe.

Since the 1950s, the economy of St. Vincent and the Grenadines has been based on agriculture, primarily banana production. In recent times, tourism, industry and financial services have become important sectors of the economy.

Regular income generated by banana exports fueled the economic growth of the 80s and the start of the 90s. However, given that the crop is vulnerable to hurricanes, drought and pests, it has weathered serious challenges. Recently, the country has aimed for agricultural diversification and today St. Vincent exports a wide variety of fruits and vegetables to the United Kingdom and livestock to the Caribbean market. The fishing industry also generates significant income.

The eruption of the volcano will aggravate the situation of the tourism-dependent economies of the Eastern Caribbean, given that its effects have spread to Barbados, Saint Lucia and other neighboring islands. Agriculture in most of these countries has been negatively affected by the ash fall. This scenario foreshadows an even greater reduction in tourism and systemic daunting challenges for regional food security caused by and aggravated by the Covid-19 pandemic respectively.

Caribbean countries are also extremely vulnerable to natural disasters. Hurricanes are common in the region – the passage of hurricanes Irma and Maria in 2017 and Dorian in 2019 are stark reminders of this. Consequently, it is important for countries to be prepared to face potential similar events in 2021. In the Caribbean, a single hurricane can wipe out a small island’s annual GDP, with the poor often taking the hardest blow. Preventive measures must be implemented to protect people’s lives and income.

Within the context of the volcano eruption, the pandemic and a looming hurricane season from June to November, there is an opportunity to reposition the agrifood sector of St. Vincent and the Grenadines. The first step involves solidifying the strategic role of the Caribbean agriculture sector in guaranteeing food security, generating employment and addressing the high incidence of chronic non-communicable diseases.

The time has come to engage in joint, collaborative work based on the Regional Food and Nutrition Security Policy approved in 2010 and the Regional Food and Nutrition Security Action Plan 2012-2026, and in response to the call to create a Caribbean Food Plan and a Caribbean Food Security Development Fund. It is not by chance that, at the Caribbean Community (CARICOM) Summit in February 2020, Barbados Prime Minister, Honourable Mia Amor Mottley, then chair of the regional organization, asserted that food security is a key issue for the region and invited the private sector to submit proposals aimed at reducing food imports by 25% by 2025.

Deepening regional integration by means of a single, common market and an economic union would be key pillars of economic reconstruction. Consequently, the Caribbean Food Plan must foster joint actions aimed at capitalizing on national comparative advantages such as land, water and markets, as well as drive strategic partnerships between governments and the private sector.

The actions that would allow for repositioning Caribbean agriculture include reducing dependence on extra-regional agrifood imports; strengthening linkages between the agrifood, tourism and health sectors; establishing public-private partnerships in local food production and processing; implementing climate-smart technologies; transitioning towards digital agriculture; building awareness among Caribbean societies of the importance of producing and consuming healthy food; and implementing the Regional Food and Nutrition Security Policy approved in 2010.

Implementing this agenda will require coordination among national, regional and international agencies. The Inter-American Institute for Cooperation on Agriculture (IICA) stands ready to serve a bridge for cooperation and as a unifying force in this broad partnership, working side by side with national and international partners to lay the foundation for a “new” agriculture sector in St. Vincent and the Grenadines and by extension the Caribbean region as a whole.

IICA conveys its solidarity to the government and people of St. Vincent and the Grenadines and  all Caribbean nations, reaffirming its commitment to align forces and working towards a more sustainable, diversified and resilient agriculture.

Header image shows an aerial shot showing farmlands in the Sandy Bay area of St. Vincent (Windward side of the island) that are covered with ash and the structures have collapsed. Photo credit: Javid Collins, UWITV.