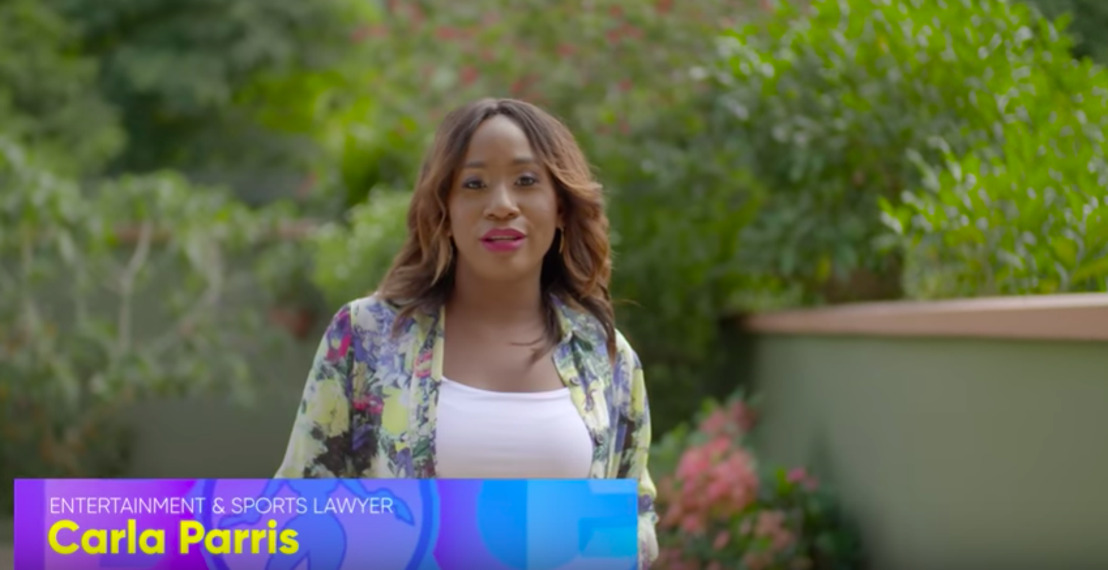 The Business of Carnival talk show series features many of the Caribbean’s celebrity and industry leaders and is designed to educate the show’s guests and viewers on the legal and business aspects of carnival and the wider entertainment sector.

"Through this new series, the first of its kind, my team and I are proud to position Caribbean creatives as businesspersons who recognise the importance of law, business and structure to the growth of the entertainment industry across the Caribbean region," said Parris.

The show is currently in its second season, having launched last year with the pilot covering Trinidad and Tobago's Carnival in 2018 and a second edition featuring Barbados' Cropover. Some of the guests in Season I included Fay-Ann Lyons, Dean Ackin (Tribe) and Jules Sobion (Caesar’s Army). Season II features guests such as Soca Icon Kees Dieffenthaller and DJ Private Ryan (Soca Brainwash).

The upcoming Hollywood Carnival Edition of Season II, directed and shot by Juliette Mc Cawley, covers the festivities between June 26th - 30th and will feature 3 episodes. Two of the episodes are interviews with Hollywood Carnival industry leaders and one episode features a recap of the Hollywood carnival experience.

"I am beyond ecstatic to have been provided with the opportunity by my corporate brand partners Paul Mitchell & C15 studios to enter the Hollywood market. It was exciting to see Caribbean culture being portrayed in the streets and parts of Los Angeles traditionally associated with American culture."

Since the series premiere in January 2018, the show has already gained an over 150, 000 lifetime reach across its various social media platforms of Youtube, Facebook and Instagram. The first episode of the Hollywood Carnival Edition, featuring a recap of the Hollywood's Carnival, was recently released exclusively on the Business of Carnival IGTV.

The OECS Commission partnered with the Business of Carnival in its first season, noting the importance of the show's messaging in understanding legal matters such as copyright laws.

OECS Director General, Dr. Didacus Jules, reiterated his support for the initiative which continues to provide valuable insight from the industry's leaders.

The show's first episode was released on the Business of Carnival YouTube Channel on Wednesday of this week and is currently available for viewing!

Carla Parris is an Entertainment and Sports Lawyer, Talk Show Host, Entrepreneur & Content Creator. She operates the first boutique law practice in Trinidad and Tobago with an exclusive focus on the areas of Entertainment, Intellectual Property and Sports Law. She advises clients in traditional corporate industries on a variety of copyright and trademark concerns and provides specialist advice to persons in the music, film, animation, events management, fashion, sports and broadcast industries.