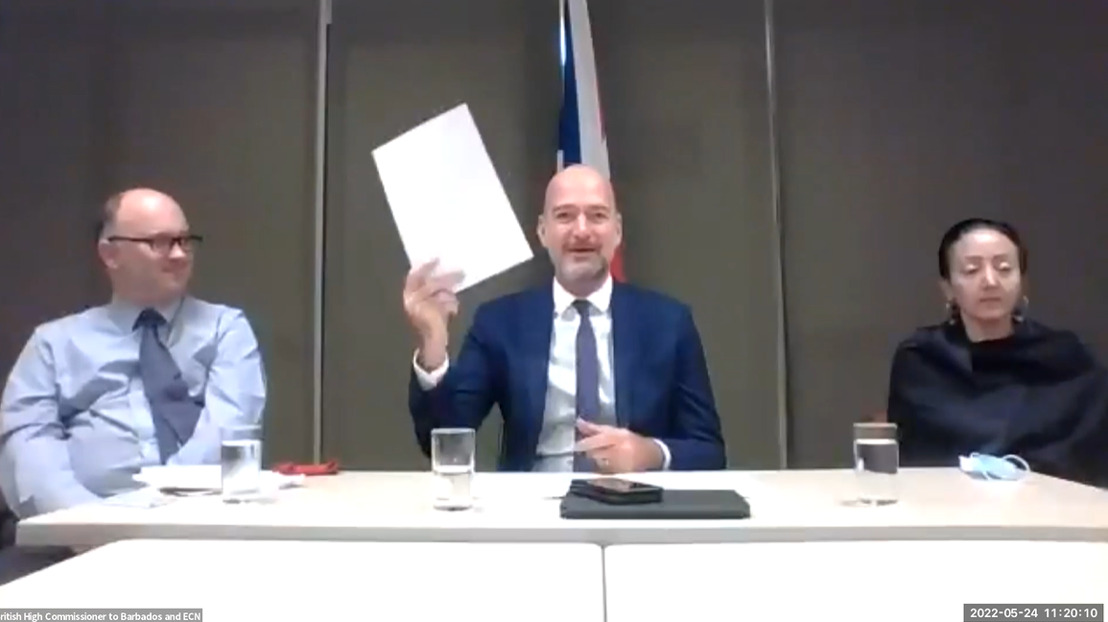 Ambassador Scott Furssedonn-Wood expressed his gratitude for the opportunity to present his credentials via virtual means in light of the continued impact of the COVID-19 pandemic on countries around the world. In presenting his letter of credence, he expressed the continued commitment of the Government of the United Kingdom to the furtherance of the developmental goals of the OECS as well as galvanizing their strong and enduring relationship. He further noted his commitment to strengthening the relationship between the OECS and the U.K. which transcends the governmental level and is inclusive of the connections between the peoples of the UK and the OECS through the diaspora communities and exchanges in business, education, tourism and culture.

In accepting the Letter of Credence, the Director General congratulated the Ambassador on his appointment. In his statement, he highlighted the long-standing relationship between the United Kingdom and the OECS which is based on complementarity and mutual respect, which has been manifested since the establishment of formal diplomatic relations in 2010.

The Director General noted that the OECS has benefited from the assistance and diversity of the U.K. cooperation and collaboration in various areas including but not limited to, climate change adaptation, electric mobility, and crime prevention.

According to Dr. Jules,

“The OECS continues to be engaged in developing plans for a regional response to major development challenges, likely to face member states in a post pandemic world, particularly in the areas of climate change, health and digitalisation, through our six-year Strategic Development Plan (2021-2027) which responds to the core prescriptions of the Revised Treaty of Basseterre which established the OECS Economic Union. In this regard, we look forward to working with the U.K. on this matter.”

Among the wide-ranging issues tabled for discussion and collaboration, included support in addressing multidimensional and multifaceted vulnerabilities of Small Island Developing States (S.I.D.S), the Covid-19 pandemic and climate change. The Ambassador and the Director General agreed to continue dialogue on these matters, in efforts to pursue the common objective of deepening and strengthening relations.