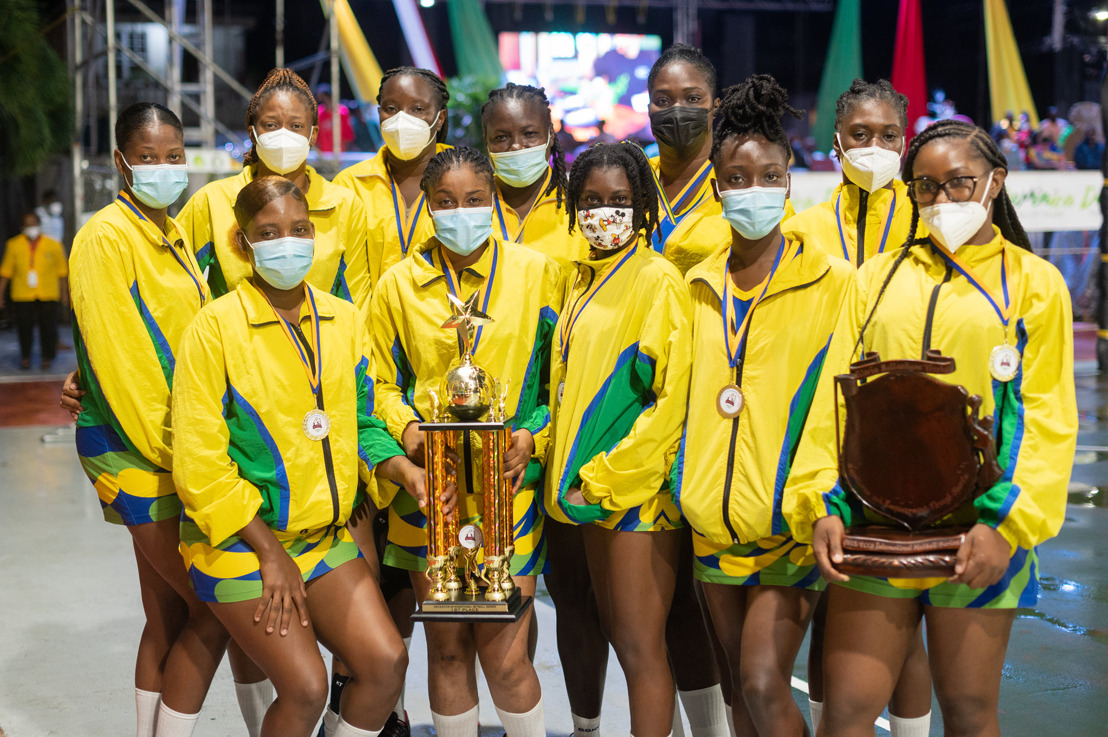 After six days of exciting action, St. Vincent and the Grenadines defeated Saint Lucia 39-17 on the final night, in a match cut short by rain, taking home the Gloria Ballantyne Trophy, and gaining invaluable rankings points.

At the inaugural International Series in 2019, St. Vincent and the Grenadines finished second to Grenada, who were absent this time around. The Vincentians romped to the title by jumping out to an early 4-0 lead against Saint Lucia, leading  by six after the first period, and extending that advantage to a commanding 16 goals by the halftime interval. When the game was called after an hour-long rain delay, Team SVG led by 20. Mary-Ann Frederick had scored 32 (48 attempts), Shellisa Davis 5 (9), and Zanique Vincent 2 (5). Wing attack Shania Pompey was named best centre court player, best defensive player, and player of the tournament.

Roxanne Snyder led Saint Lucia with 11 goals on 13 shots; Aaliyah Estephor added 4 (8); and Safiya Paul scored 2 (4). Saint Lucia were hard hit by injuries and illness, including their captain Shem Maxwell, a contributor at both ends of the court, who sustained a fractured ankle. That having been said, the Vincentian lasses should now leapfrog their neighbours when the International Netball Federation next updates its rankings. As of the end of January, Saint Lucia was 20th and St. Vincent and the Grenadines 21st in the world, despite St. Vincent and the Grenadines having played more games.

The home team should also switch places with St. Kitts and Nevis, whom they defeated 68-46. It was the first win of the series for the hosts, whilst SKN ended winless. They came into the competition at 36 and 38, sandwiching the USA. Whilst Saint Lucia lost players as the tournament wore on, Dominica saw the return of two of their best attacking players from illness for this final match. Antigua and Barbuda, who earned wins over both of those teams, but lost to the top two, finished third. Barbados, playing as a guest team, ended the competition unbeaten to bolster their world ranking.

For all of the teams involved, this will have been invaluable preparation for the 2023 World Championships Qualifiers, which will be played this October in Jamaica. Last held in Jamaica in 1990, this event will qualify two teams to the Netball World Cup that will be held in South Africa in 2023.