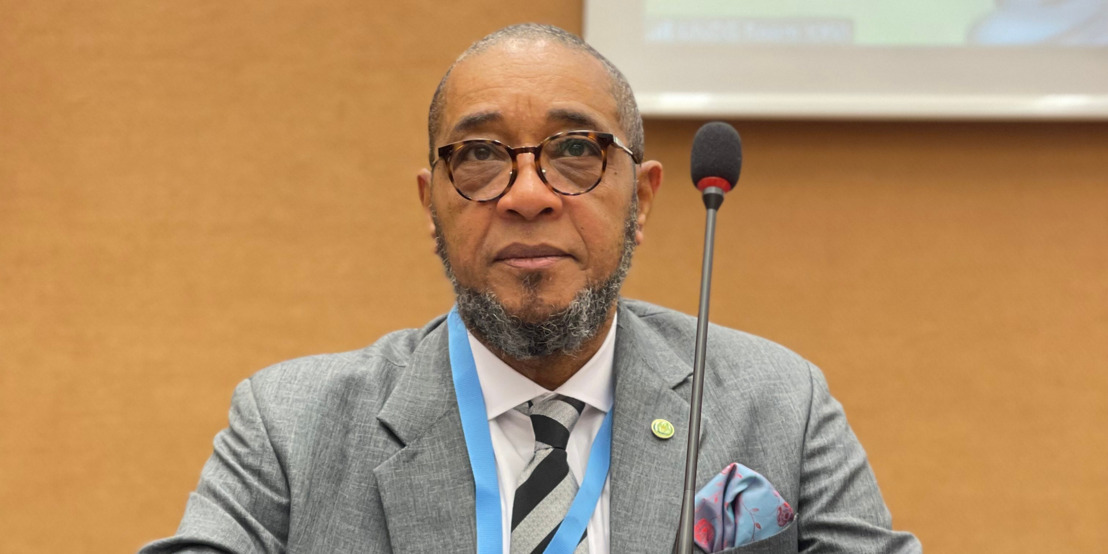 Head of the Permanent Delegation of the OECS in Geneva, His Excellency Colin Murdoch, reminded the Caucus that the frequent, ever-present threat of natural disasters has become part of the OECS region’s reality. According to the World Bank, natural disasters are estimated to have cost the OECS countries an average of 3.6 percent of GDP between 1997 and 2016, significantly above the average for all small states of 1.04 percent. The Intergovernmental Panel on Climate Change (IPCC) noted that climate change is expected to compound the problem by making disasters already experienced in the region more severe and frequent.

“Essentially, natural disasters undermine our ability to attain macroeconomic and development goals and to break-free from the vicious cycle of low growth and high debt. The vulnerability of these islands is further shaped by socio-economic factors such as their reliance on climate-sensitive sectors, including tourism, agriculture and fisheries, limited resources, high levels of public debt, and environmental fragility.”

With most of the OECS population living in high-risk areas exposed to sea-level rise and weak infrastructure, and a heavy reliance on climate-sensitive sectors, the risks are expected to worsen through damage to biodiversity and coastal erosion, risk to water and food security, and increased health risks. Disasters also significantly impact countries’ economic growth through eroding governments’ fiscal buffers. Climate-related disasters result in governments having to divert their attention and scarce resources away from vital longer-term development priorities, placing tremendous financial pressure on OECS governments.

“The most obvious and immediate nexus is that natural disasters severely affect the sectors on which we rely to trade, notably agriculture, fisheries, and tourism. Damage to trade support infrastructures, such as roads, ports, and telecommunications, heighten trade costs and compound our ability to trade and access global supply chains post-disaster.”

The Commonwealth's WTO Caucus Meeting was held on April 7, 2022 in Geneva, Switzerland.