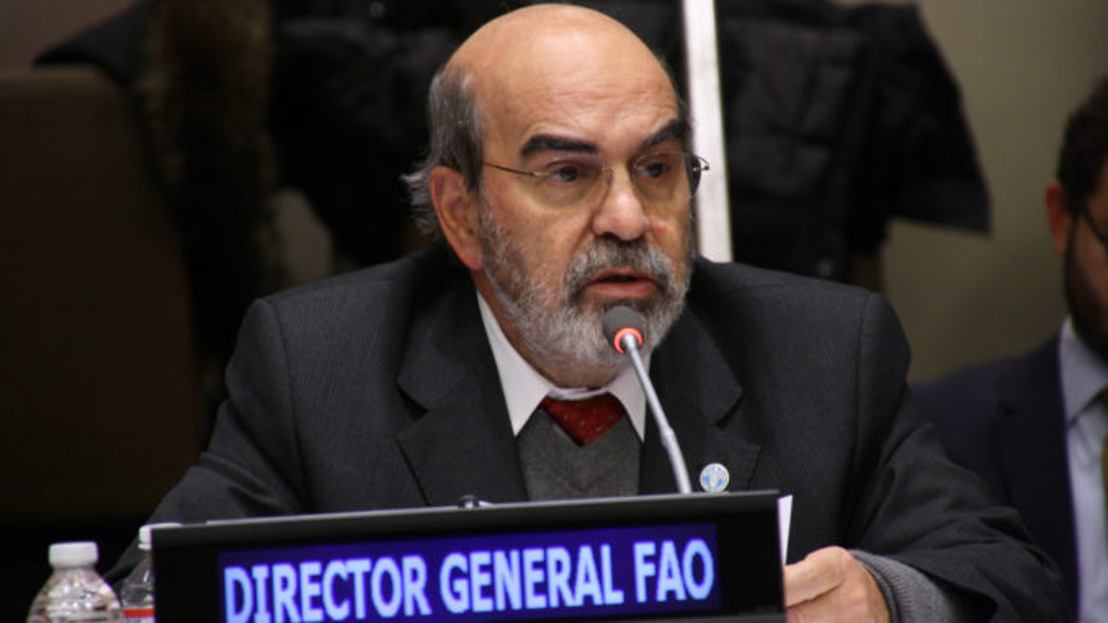 It was his view that the FAO had drifted from one of its central mandates, which is to ensure that the world was fed.

Dr. Graziano visited St. Vincent and the Grenadines during his tenure in office and was instrumental in supporting the island in its establishment of the first Parliamentary Front Against Hunger in the English-speaking Caribbean.

Dr. Graziano served as an integrationist, with a pointed ambition to bring agriculture policy makers and technicians in Latin America and the Caribbean in closer working contact. He was the first Latin American to ever hold the position of Director General of the FAO.

Some of the result-oriented projects piloted, with a special emphasis in St. Vincent and the Grenadines, over the two terms served by the outgoing Director General include:

The Hon. Minister also recognised the dedicated support from Dr. Didacus Jules of the OECS Commission; Dr. Deep Ford; Dr. Lystra Fletcher-Paul; Rueben Robertson; Sunita Daniels; and Jorge O’Ryan in shaping many of the programmes which brought significant benefits to stakeholders in the agriculture sector in St. Vincent and the Grenadines.

Minister Caesar took the opportunity to wish Dr. Graziano all the very best in his future endeavours, on behalf of the government and people of St. Vincent and the Grenadines.

“There is certainly no doubt that the brilliance of this world-renowned former professor of agriculture made a significant impact on the Caribbean region, as many countries continue the fight to reconfigure their food production platforms," concluded Minister Caesar.