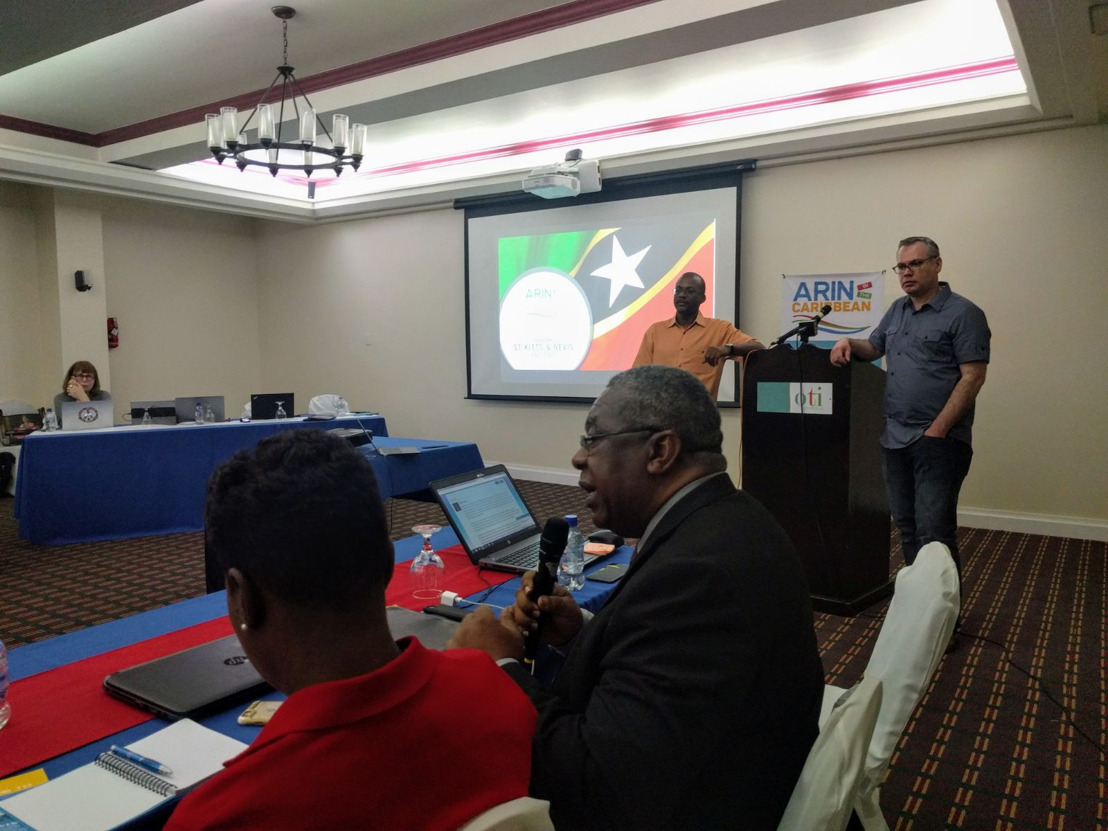 An autonomous system number, called an ASN, was assigned to the Caribbean nation on 7 March 2018 by the American Registry for Internet Numbers, ARIN. An ASN is used to uniquely identify computer networks on the Internet and is key to facilitating the exchange data between the tens of thousands of networks that make up the global Internet.

Previously, the St Kitts and Nevis government network connected to the Internet through a number assigned by a commercial Internet service provider. Now, with its own autonomous system number, the government joins the ranks of other independent network operators around the world that are identifiable by a unique number.

"On September 19, 1983, the nation of St Kitts and Nevis achieved political independence. With this allocation of our very own autonomous system number, our government has taken an important step toward network independence. We see this as a critical element in our plans to build our government network and to provide our citizens and business community with the digital services they are demanding and deserve," said Vincent Byron, Attorney General and government minister responsible for Justice, Legal Affairs and Communications.

The thrust to establish more autonomous networks in the Caribbean is part of a larger effort by ARIN to support the strengthening of Caribbean network resilience. ARIN, a nonprofit corporation that manages the distribution of Internet number resources in Canada, the United States and several countries in the Caribbean has been collaborating with the Caribbean Telecommunications Union (CTU) and the Caribbean Network Operators Group (CaribNOG) to raise awareness regionally of the importance of network autonomy and resilience.

“ARIN has been working with the Federation of St Kitts and Nevis to help build and secure government networks and digital services. We understand the challenges the region faces and are committed to continue our collaborations with government, network operators and agencies like the CTU and the CaribNOG, to help develop the relevant technical know-how and resilient infrastructure necessary for today’s internet-based development,” said John Curran, president and CEO at ARIN.

As governments and businesses in the Caribbean rely increasingly on the Internet, ARIN has been highlighting the need for greater attention be paid to developing local technical capacity and securing domestic Internet infrastructure.

"With autonomy comes greater responsibility," said Bevil Wooding, Caribbean Outreach Liaison at ARIN, adding "Just as political independence entailed new levels of responsibility, so too does network autonomy.  The government of St Kitts and Nevis has demonstrated its commitment and leadership to building the local digital economy by securing its own autonomous system number.  Next, it must build on this by investing in technical training, policy development and service innovation necessary to foster innovation and new economic opportunity."

ARIN has signed an MOU with the Organization of Eastern Caribbean States (OECS) and has hosted free training events in Grenada, Barbados, Saint Lucia and St Kitts and Nevis to increase awareness and interest in Caribbean network autonomy and resilience. Similar events are being planned for Antigua and Barbuda, St Vincent and the Grenadines and Dominica in the coming months.

Photo: Vincent Byron, Attorney General of St Kitts and Nevis, speaks at a workshop hosted by the American Registry for Internet Numbers in Basseterre, St Kitts on March 7, 2018. Looking on are ARIN representatives Bevil Wooding, left, and Jon Worley.