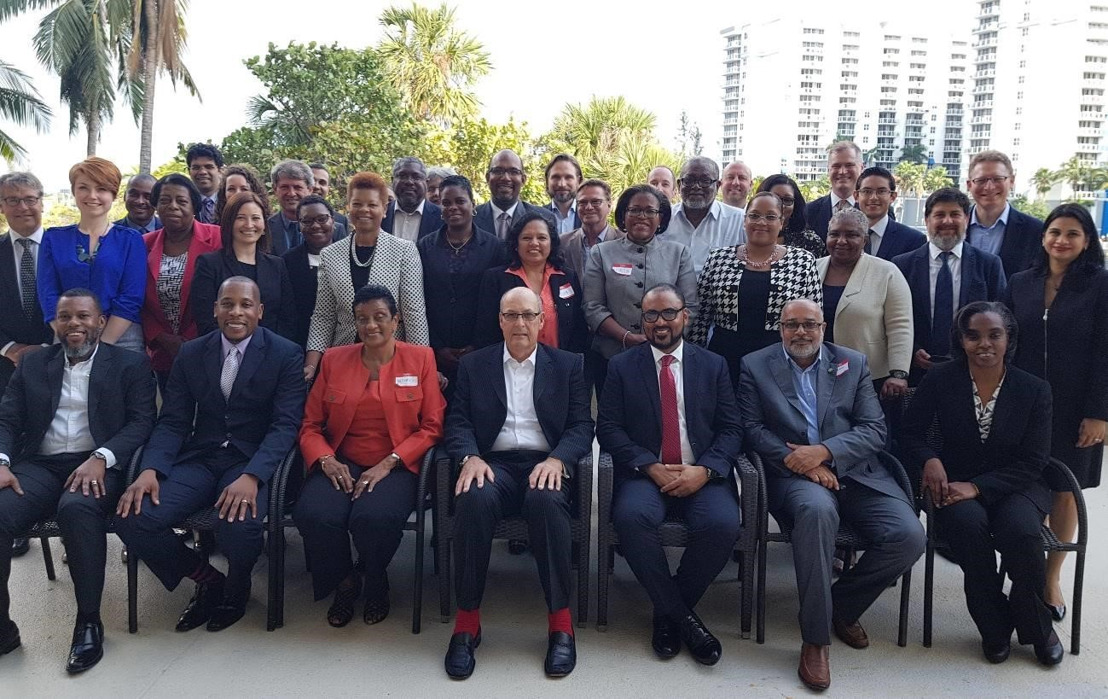 CCRIF has been providing parametric catastrophe insurance coverage since 2007 for hurricanes and earthquakes and – since 2013 – for excess rainfall in the Caribbean, extending into Central America in 2015. Payouts up to December 2017 have amounted to approximately US$130.5 million, all settled within 14 days of the hazard event, and have been critical for immediate response and recovery activities following these devastating events. Governments and donors, which have witnessed first-hand the aftermath of extreme geophysical and climate events throughout the past decade, particularly in the latter months of 2017, have been encouraged by CCRIF’s rapid response and payouts.

Within this context, and as CCRIF enters its 11th year of operations, the facility is exploring scaling up to better serve the countries in the region.

"Charting a course to 2030 is even more an urgent requirement as the impacts of climate change are increasingly affecting CCRIF’s Caribbean and Central American member countries”.

The events of the past two hurricane seasons certainly supports this. In his opening remarks, CCRIF Chairman Mr. Milo Pearson, informed the almost 50 participants at the Stakeholder Retreat that even following CCRIF’s payouts of US$55 million to 9 member governments after Tropical Cyclones Maria and Irma, CCRIF remains financially solvent with its long-term sustainability intact.

Stakeholders indicated that CCRIF is an exemplar in its field of work and were pleased that the Facility partners with member countries to find innovative solutions to cope with improving resilience.

They also reiterated the value of membership in CCRIF and supported and welcomed the call for the scaling up of the Facility.  Scaling up of CCRIF could include providing increased CCRIF coverage for existing members, adding new members to CCRIF – in both the Caribbean and Central America and maybe even beyond, and introducing new products such as a drought product as well as providing coverage for the agriculture and fisheries sectors and public utilities (e.g. water and wastewater; energy, including renewables; and telecommunications) and possibly other economic industries such as tourism.

During CCRIF’s 10 years in existence, the Facility has demonstrated that disaster risk insurance can effectively provide a level of financial protection for countries vulnerable to tropical cyclones, earthquakes and excess rainfall. Left unchecked, the economic impact of disasters can generate large losses that disrupt long-run economic growth trajectories.

Ideas and strategies emerging from participants included: broadening CCRIF’s research and development capacity; determine how best the Facility could provide in-country support for strengthening national comprehensive disaster risk management strategies; and, utilizing the CCRIF models and the modelling work undertaken by the Facility to enhance country decision making processes around disaster risk reduction among others.

Participants were also encouraged by fact that CCRIF in collaboration with the Munich Climate Insurance Initiative will be focusing on increasing the number of low-income persons in the region who have access to climate risk insurance through a micro insurance product known as the livelihood protection policy (LPP) and increase the number of companies in the region offering this micro insurance to the most vulnerable in our societies.

The ideas and recommendations from this retreat, along with information gleaned in a stakeholder assessment conducted in January and February 2018, were channelled into CCRIF’s own strategic planning retreat held on March 20, 2018. CCRIF CEO, Mr. Isaac Anthony, emphasized that these activities will lead toward CCRIF playing its part in helping our region realize CARICOM’s stated ambition of making the Caribbean the first climate-resilient zone in the world.

At the close of the retreat, CCRIF also took the opportunity to launch the CCRIF Online Policy Forum as part of its 10th anniversary efforts to strategically find ways to engage members and stakeholders in defining CCRIF's way forward to 2030 to better support disaster risk management in the region.

The forum is expected to bring together our key contacts from member countries - Finance/Permanent Secretaries in the Ministry of Finance but could also include key regional organizations, officials in national disaster offices and meteorological offices among others.

“We hope to use the online forum to discuss key topics related to risk financing, provide updates on CCRIF among others and indicated that the Forum will provide a unique space for officials to engage in open and frank discussion and will provide an opportunity to develop solutions to address common challenges in keeping with the spirit of innovation and building a resilient Caribbean”.

About CCRIF SPC: CCRIF SPC is a segregated portfolio company, owned, operated and registered in the Caribbean. It limits the financial impact of catastrophic hurricanes, earthquakes and excess rainfall events to Caribbean and – since 2015 – Central American governments by quickly providing short-term liquidity when a parametric insurance policy is triggered. It is the world’s first regional fund utilising parametric insurance, giving member governments the unique opportunity to purchase earthquake, hurricane and excess rainfall catastrophe coverage with lowest-possible pricing. CCRIF was developed under the technical leadership of the World Bank and with a grant from the Government of Japan. It was capitalized through contributions to a Multi-Donor Trust Fund (MDTF) by the Government of Canada, the European Union, the World Bank, the governments of the UK and France, the Caribbean Development Bank and the governments of Ireland and Bermuda, as well as through membership fees paid by participating governments. In 2014, an MDTF was established by the World Bank to support the development of CCRIF SPC’s new products for current and potential members, and facilitate the entry for Central American countries and additional Caribbean countries.  The MDTF currently channels funds from various donors, including: Canada, through the Department of Foreign Affairs, Trade and Development; the United States, through the Department of the Treasury; the European

Union, through the European Commission, and Germany, through the Federal Ministry for Economic Cooperation and Development. In 2017, the Caribbean Development Bank, with resources provided by Mexico, approved a grant to CCRIF SPC to provide enhanced insurance coverage to the Bank’s Borrowing Member Countries that insure through CCRIF against tropical cyclone, earthquake and excess rainfall risks.

For more information about CCRIF: