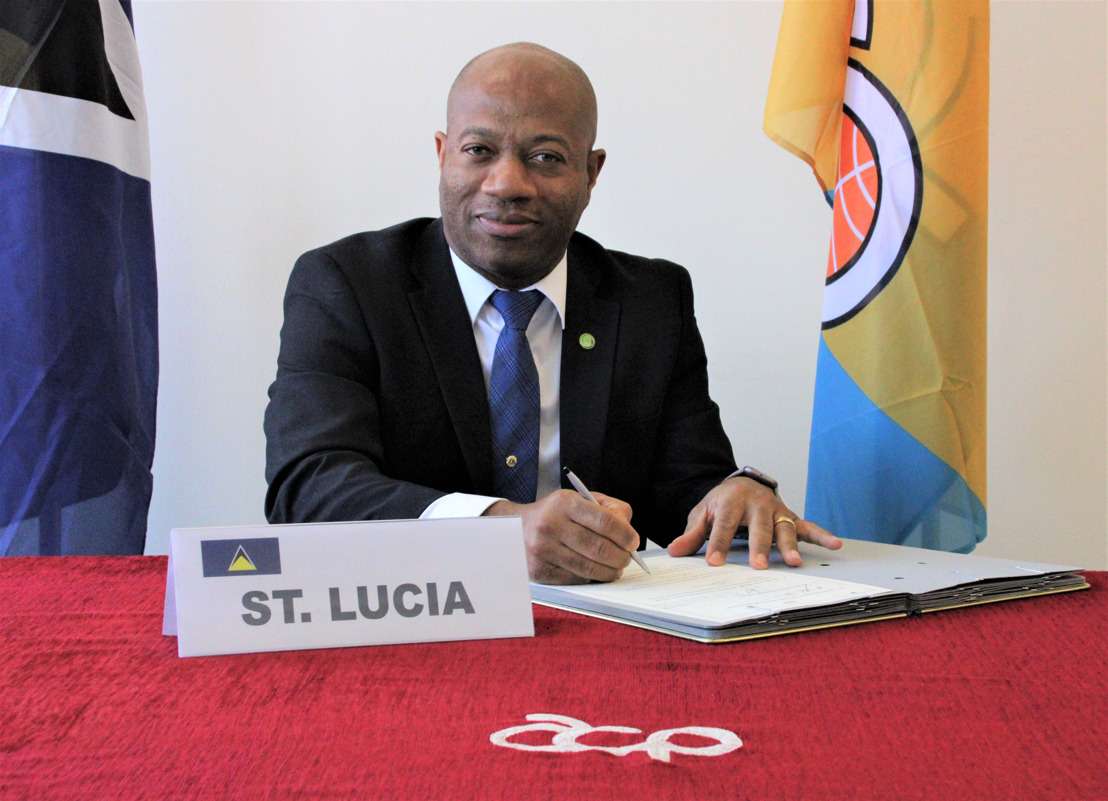 With these signatures, the ACP achieved its long-heralded goal of becoming a reformed Organization of African, Caribbean and Pacific States (OACPS). The signing of the new Agreement by several other Member States paved the way for the renewed OACPS to be recognized as a major transnational body representing 79 out of 195 countries in the world and uniquely placed to proactively engage global stakeholders to advance the interest of its members.

“That we have come along this far is a testament to the dedicated team that worked on the revision, our Member States for supporting it and all persons who have contributed to making this recommendation, arising out of the 7th and 8th Summit of ACP Heads of State and Government, a reality. We can now prepare to implement the provisions of the revised Agreement, which will have far-reaching consequences for the ACP Group and regions.”

Saint Lucia has been a member of the 79-member formerly known African, Caribbean and Pacific States (ACP) grouping since 1975.

The Georgetown Agreement, created in 1975, is the Constitutive Act of the African, Caribbean and Pacific Group of States (ACP) which aims to ensure sustainable development and poverty reduction within the ACP’s Member States.

The revised Agreement includes significant changes to the organisation including a name change from the ACP Group of States to the Organisation of the African, Caribbean and Pacific Group of States (OACPS). The Agreement was approved by the Member States at the 110th Session of the ACP Council of Ministers and subsequently endorsed by the ACP Heads of States and Government at the 9th Summit in Nairobi, Kenya in December 2019 via the Nairobi Nguvu Ya Pamoja Declaration. At the Summit, Member States were invited to sign or ratify the Revised Agreement.