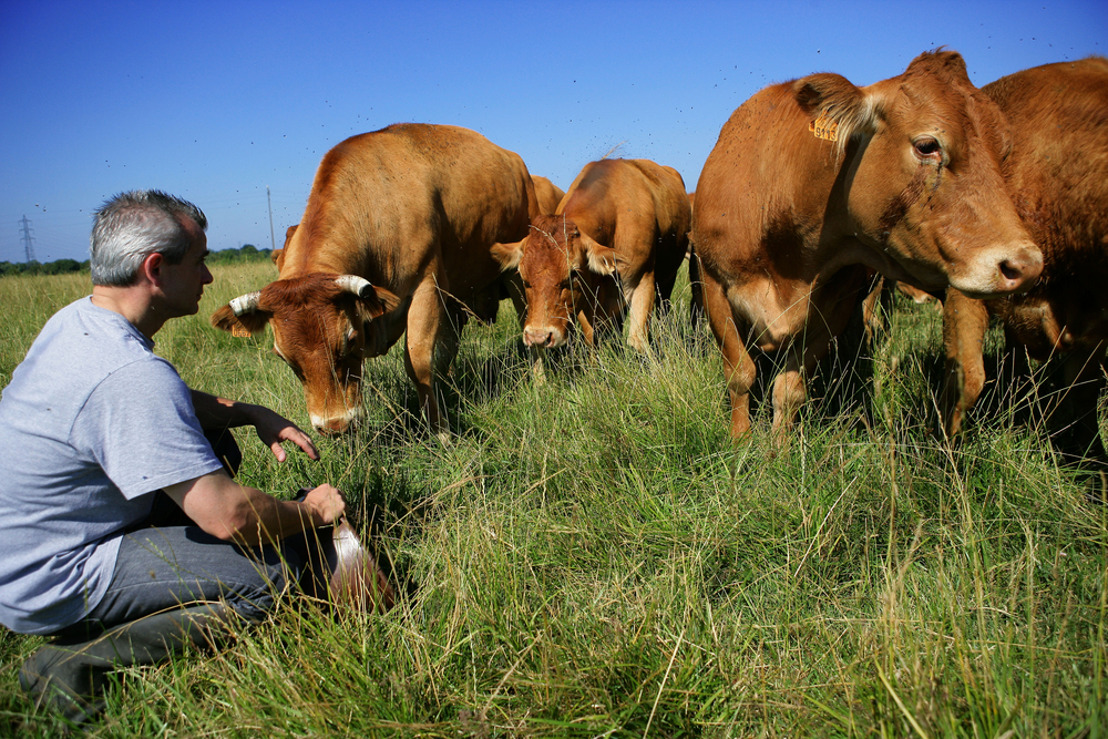 The event afforded the opportunity to define messages on the role of animal breeding in global food security ahead of the Food Systems Summit 2021, which was convened by Antonio Guterres, Secretary-General of the United Nations. The presentations revolved around the interaction and complementarity between livestock and agricultural production and the essential contribution of healthy pastures to food production.

“The issue of sustainable livestock is growing in importance on the global agenda. There are those who say we need less animals and can replace meat with plant-based foods, but that’s not true. Food is part of a system and, of course, it’s easier to talk about replacing one thing with another instead of working to improve the system as a whole, so that vegetables and animals can coexist and complement each other to guarantee food security,” stated Ruaraidh Petre, Executive Director of the Global Roundtable for Sustainable Beef.

Cherie Copithorne-Barnes, a member of the Roundtable’s Executive Committee and representative of the Canadian Cattleman’s Association, explained that: “We want to set global criteria for sustainable meat production. As a producer, I know the importance of animal protein, because my family has been in the industry for 134 years.”

“One hundred and fifty years ago, the rural areas of North America were covered with bison and deer that managed our pasture lands naturally. Today, these wild animals have disappeared and the cattle keep our soils healthy. Those of us who work in meat production systems need to band together to spread comprehensible information about how we produce and the benefits. Greenhouse gas emissions would not see a significant decrease on a global scale by simply stopping the consumption of meat,” she added.

Diana Rodgers, a dietician, film director and producer, and member of the Global Alliance for Animal-Source Foods, referred to the arguments she hears about the supposedly negative impact of meat on human health:

“No serious study has proven a relationship between beef and illness. Nor are there studies that show that children grow or develop better without it, in fact, quite the opposite. The countries that eat more meat are the best in terms of well-being.”

Rodgers explained that the most common nutrient deficiencies in the world are of iron and vitamin B12, both of which are found in meat. Other benefits of meat include satiety, the fact that it is low in calories, provides the most nutrients for humans and is beneficial in combating obesity.

“In many parts of the world, people have little or no access to supplements or to the variety of vegetables required to replace the nutrients found in meat, so removing it will cause more harm than good,” she said.

From an environmental standpoint, Rodgers pointed out that it is scientifically determined that if all animal products were eliminated in the United States, greenhouse gas emissions—those responsible for climate change—would only drop by 2.6%, while humans would consume more calories, more carbohydrates and suffer from malnutrition.

“Meat contains nutrients that are not available in vegetables and is essential for those living in developing countries, who have less access to a wide variety of plant-based foods and supplements,” she concluded.

In some countries, a large part of livestock production is based on pasture lands. In many cases, these lands are inadequate for other products, making livestock essential for the survival of rural communities, according to Shirley Tarawali, Assistant Director General of the International Livestock Research Institute (ILRI), with headquarters in Nairobi, Kenia.

“Around the world, cattle production is linked to nutrition. Animals that are healthy, cared for and productive contribute to sustainable, healthy and inclusive lifestyles. They are important in overcoming poverty and are essential for balanced nutrition. The vitamins and nutrients from milk, meat and eggs are essential for our children’s physical and cognitive development,” stated Tarawali.

In turn, Manuel Otero, Director General of the Inter-American Institute for Cooperation on Agriculture (IICA), highlighted the role of the Americas and the Caribbean, which are responsible for 40% of the global beef trade, primarily due to the production of the countries of the Mercosur trade bloc.

“Livestock production in our hemisphere holds enormous social importance, as it is a large generator of employment and crucial in terms of small-scale producers, who produce over 60% of all meat. In Central America, 90% of cattle exports are from small-scale farms with between 4 and 20 animals,” explained Otero.

In collaboration with the countries of the Americas, the Institute has drafted unifying messages that the hemisphere will present to the rest of the world at the Food Systems Summit 2021 and that place special emphasis on agriculture and farmers as the guarantors of global food and nutritional security.

IICA has also prepared documents on sustainable livestock production, based on the perspective of its members, in which it seeks to ensure recognition of the positive and sustainable aspects of the region’s production systems and their potential, as well as its importance as a producer and exporter of animal protein.

“Meat and dairy farming have huge economic importance, producing almost 50% of the agricultural GDP. The activity has grown by over 30% in the last 10 years”, stated Otero, who also believes that “it is impossible to replace the contribution of meat to human nutrition and development, since you need half a kilo of black beans to equal the protein in 100 grams of meat.”

Otero also emphasized the fact that in the region, livestock farming is based on a pasture lands system, often located in marginal areas with no crop competition:

“When livestock is properly managed, it does not cause deforestation nor does it put the countries’ biomes at risk. While animals produce methane, pastures capture 12 times more carbon than the gases produced. We’ve made important progress and to continue growing our competitiveness, we need to be sustainable and to demonstrate it. We must of necessity combine research and communication. At the Summit, we will need to defend our producers and to show the world that we are sustainable.”