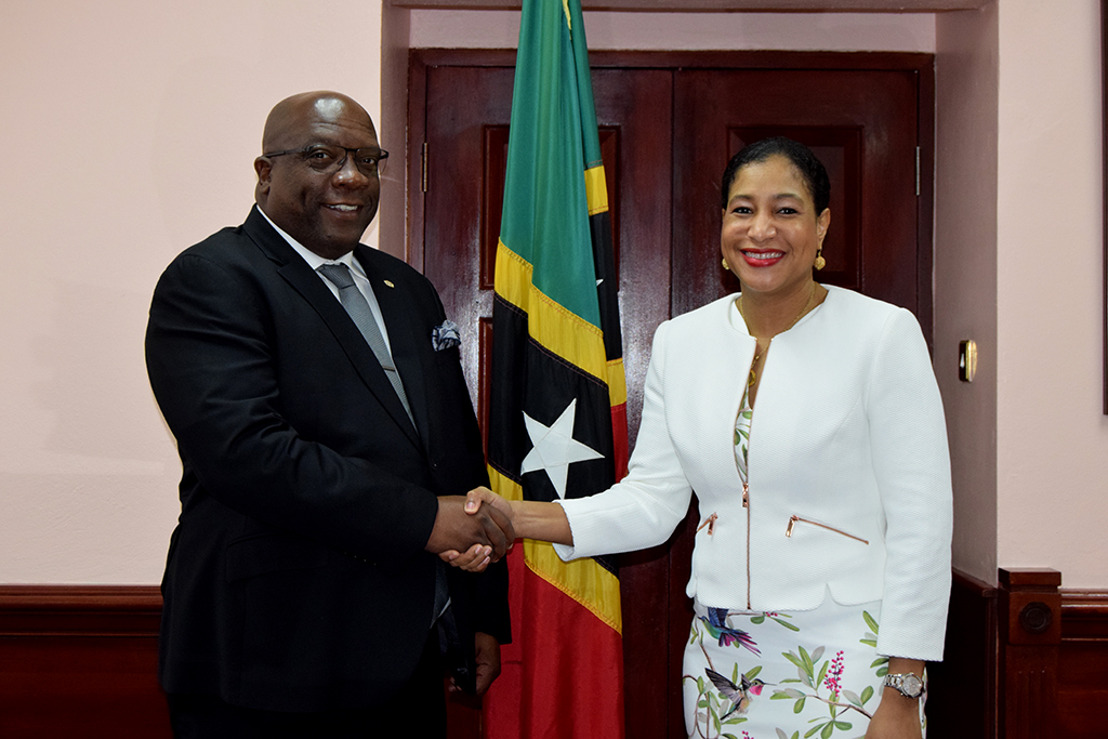 Mrs. Shillingford-McKlmon’s meeting with Prime Minister Harris came on the heels of her attendance at the Special Meeting of the Council of Ministers of CARIFORUM. That meeting took place at the St. Kitts Marriott Resort from March 26-27.

The Charge d'Affaires updated the St. Kitts and Nevis prime minister on the discussions and outcomes of the CARIFORUM meeting, including the decision by members to commit to the African, Caribbean and Pacific (ACP) Group of States.

Mrs. Shillingford-McKlmon also reported on the efforts being made by the Eastern Caribbean States Embassy in Brussels to assist countries like St. Kitts and Nevis that have been listed as non-cooperative tax jurisdictions by the European Union.

She noted that OECS Member States are committed to ensuring that they meet international compliance requirements, and anticipates that St. Kitts and Nevis will be removed from the EU list within a matter of months.

Other topics that were discussed during the important dialogue included the safeguarding of the reputation of the country’s Citizenship by Investment (CBI) Programme and the upcoming post-Cotonou discussions between the European Union and the ACP countries.

Prime Minister Harris commended Mrs. Shillingford-McKlmon and the staff of the Eastern Caribbean States Embassy to Belgium for their continued work in furthering the interests of Member States.

“I want to thank you for the diligent way in which you have attempted to grapple with the matter of the EU listing of St. Kitts and Nevis and your follow up work in relation to that. As you have just indicated the matter is not yet resolved, and so we have to continue to be vigilant,” Dr. Harris said.