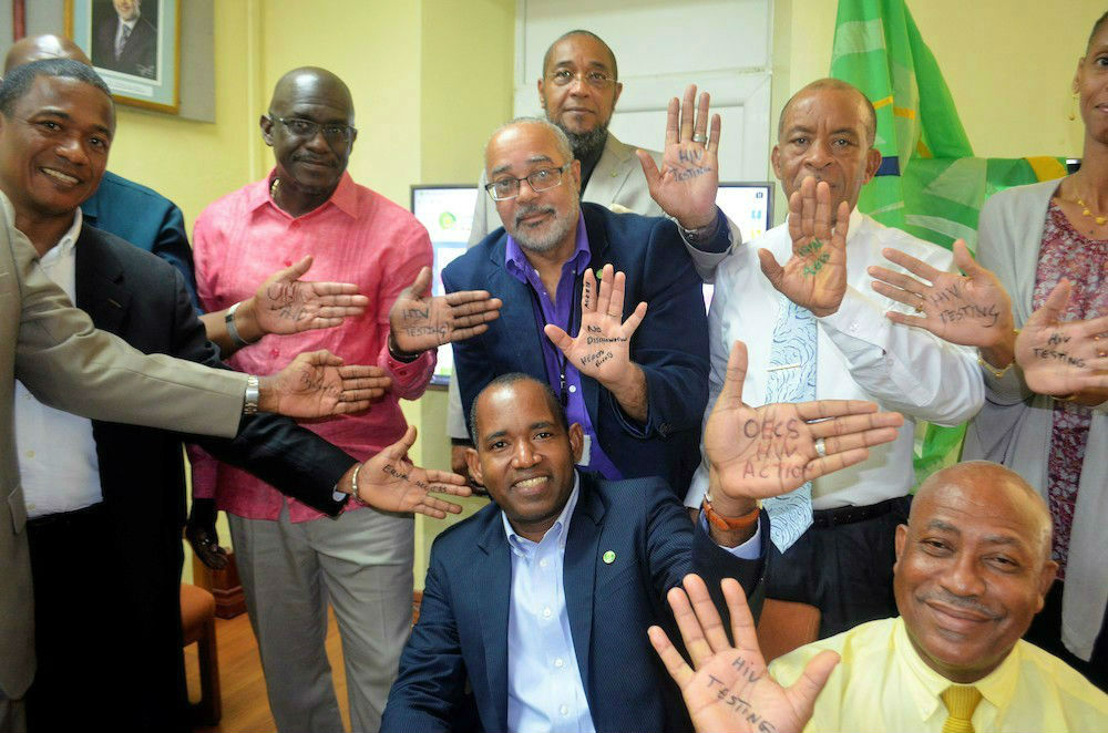 The enduring legacy of prevention is a driving force in the Commission’s efforts to control the spread of HIV/AIDS. It is undoubtedly a critical component of the work of the OECS HIV/TB Elimination Project under the Global Fund Grant (2016-2019).

The strategic goal of the HIV/TB Elimination Project is reducing the incidence of HIV infection in accordance with the UNAIDS 90-90-90 targets, complemented by efforts to achieve tuberculosis (TB) elimination as part of a comprehensive TB/HIV collaborative strategy.

Research indicates that co-infections among people living with HIV, such as TB, cervical cancer and hepatitis C are at risk of putting the 2020 target of fewer than 500 000 AIDS-related deaths out of reach. The Commission wishes to stress the importance of prevention among key populations motivated by a focus on human rights and reducing stigma and discrimination.

Executive Director of UNAIDS, Under-Secretary-General of the United Nations, Michel Sidibé, said we are progressing in the fight against AIDS but there has not been a decrease in new infections.

"We are winning against the AIDS epidemic, but we are not seeing progress everywhere. The number of new HIV infections is not delining among adults, with young women particularly at risk of becoming infected with HIV."

The OECS Commission is united with UNAIDS in their efforts to reduce infection among young women between the ages of 15-24 as they enter the most aspiring time of their lives.

Essential components of the Commission’s prevention strategy include combination prevention and treatment as prevention in an effort to reduce HIV infection in key populations including men who have sex with men, sex workers, transgendered persons, persons in incarceration and the youth.

Today, as the Commission celebrates World AIDS Day, we stand in solidarity with the millions who have become infected with HIV and remember all those who have died from AIDS-related illnesses since the onset of the epidemic.

We would like to thank all of our partners for their hard work and dedication as they strive towards improving the quality of life for everyone infected and affected by HIV/AIDS.

Let us put our Hands up for HIV prevention.