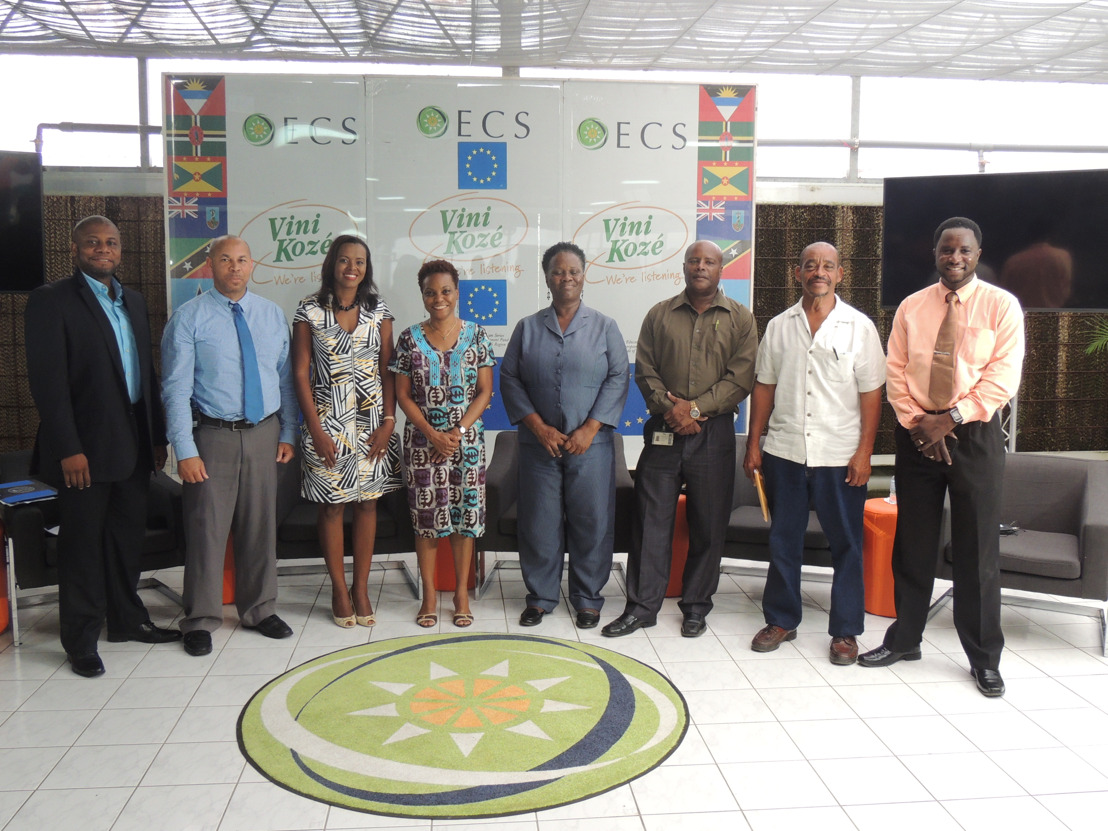 Sub-Regional Coordinator for the UN’s Food and Agriculture Organisation (FAO) in the Caribbean, Dr. Lystra Fletcher-Paul noted that the region’s Food Import Bill is US$4 billion per year and 85 % of the food consumed in the Caribbean is imported from outside the region, including lots of processed foods and meats. Dr. Fletcher-Paul surmised that since the loss of major revenue earners such as sugar and bananas, Caribbean Agriculture has struggled to regain its place as the major source of food for our populations, a source of rural employment, and a driver of economic growth.

Panellists and stakeholders in attendance made a very strong case for the introduction of Land Use Policy across the OECS, to stop the practice of agricultural lands being used for commercial and industrial development. There was consensus on the view that Government needs to do more to create the enabling environment for Agriculture to thrive through direct capital investment in the sector, the introduction of new technologies in agriculture, and the provision of fiscal incentives to spur growth. On the other hand, it was felt that farmers and agri-business entrepreneurs need to adopt more of a business approach to Agriculture, if the sector is to remain viable and competitive. The FAO and IICA Reps touted the merits of networking and collaboration among farmer groups and farmer support organisations across the region. Panellists and stakeholders agreed that the future of Agriculture is in the hands our youth, and so, more young persons need to be encouraged to go into agriculture as a viable career choice, and one that is becoming increasingly driven by technology and innovation.

The theme for the Forum was: Agriculture: Investing in the Caribbean’s Food Bowl. Among the other issues discussed at the Forum were diversification into non-traditional crops, agro processing, agri-business development, domestic production, food security, and an FAO funded Agro Shipping Initiative being implemented by the OECS Commission, to increase intra-region shipping of agricultural commodities.

The Panel at the Agriculture Forum comprised representatives of the Food and Agriculture  Organisation (FAO), the Inter-American Institute for Cooperation in Agriculture (IICA), St. Lucia’s Ministry of Agriculture, the Caribbean Network of Rural Women Producers (CANROP), the Belle Vue Farmers’ Co-operative (St. Lucia), the River Antoine Rum Distillery (Grenada), and the OECS Commission. The audience comprised individual farmers including St. Lucia's former Minister of Agriculture, Calixte George, and former Geest General Manager, Anthony Leonce. Among the farmer groups represented were the Cocoa Producers Association, the Broilers Association, the Honey Producers Co-operative, the Flower Producers Co-operative, and the Agriculture Division of the Sir Arthur Lewis Community College. Also represented was the Massy Group of Companies, which provides interest-free loans to a select group of local farmers, and buys a significant amount of local produce for retail in its chain of supermarkets across Saint Lucia.

The Public Education Forum Series, dubbed Vini Koze – Kweyol for ‘Come Chat’ is aimed at educating and informing the people of the OECS on the social, economic and political benefits of Integration. It seeks to ensure citizen engagement and active participation in the regional integration process.

The Forum Series is part of the public education component of the Economic Integration and Trade Programme of the OECS Region, funded by the 10th European Development Fund. It is being produced by ElShaFord Productions on behalf of the OECS Commission. The series will be edited and broadcast across the OECS, and the Caribbean Diaspora in the UK, USA and Canada.