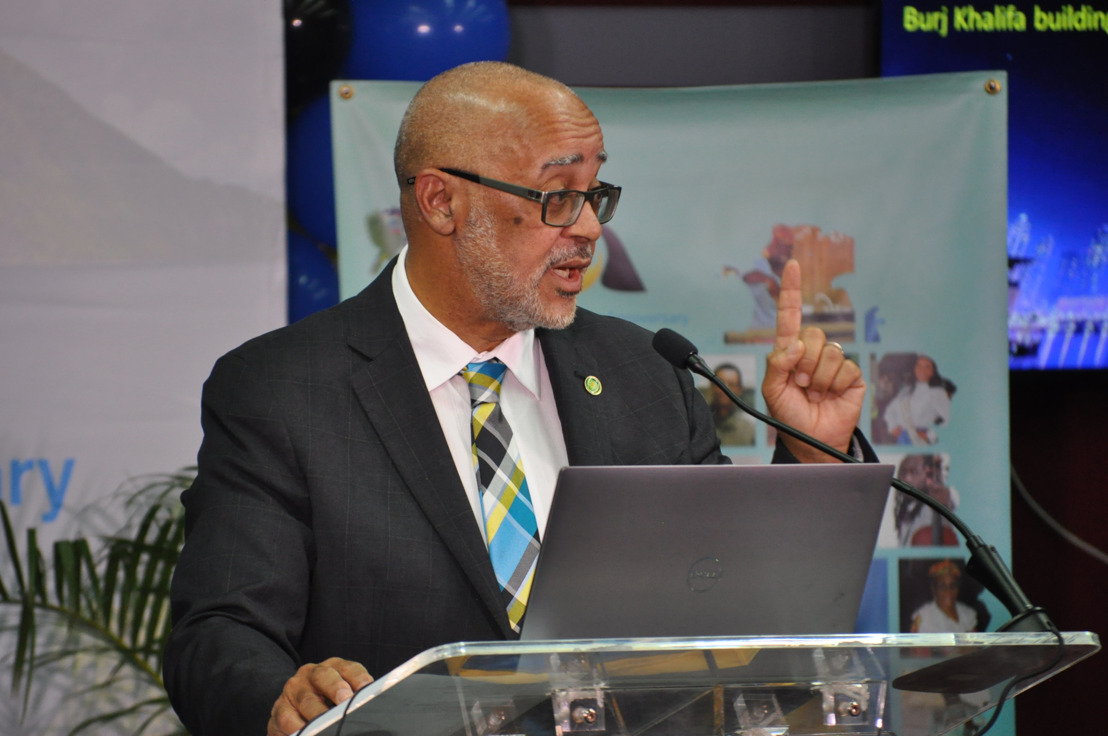 The Lecture, which was organized by the Office of the Prime Minister of Saint Lucia, was attended by several Saint Lucian dignitaries and officials as well as the general public via social media platforms and national television. Dr. Jules delivered a riveting assessment of Saint Lucia’s journey as it celebrates its 43rd year of Independence, while he delved into recommendations that all utilized multisectoral and highly participatory approaches. In his delivery, Dr. Jules highlighted the main characteristics, similarities and differences of a nation and a society in the Saint Lucian (and small states) context, using real world examples in the analysis of Saint Lucia’s journey post Independence. According to Dr. Jules,

‘’There is an inseparable relationship between building a nation and shaping a society.  Both challenges are the responsibility of all but with nuanced obligations to different actors.  Because the construct of the nation is in the domain of governance and its remit spans an ideological, territorial and institutional architecture, it sits above the society and establishes the parameters of the potential and the possibilities for shaping the society. ‘’

The overarching theme of the lecture also centered around hope, as Dr. Jules made a consistent call to action for all citizens and stakeholders to take responsibility for ushering Saint Lucia into the future. He continued,

‘’The real beginning of building a nation is to conceive an aspirational idea of the best that we can be, to make that aspiration one that transcends every tribal affiliation within the national space (including the Diaspora) and to systematically pursue that dream.’’

Before concluding, Dr. Jules outlined a evidence inspired roadmap, inclusive of critical initiatives that ought to be done earnestly in building a nation and shaping a society. These initiatives centered around:

As he ended, Dr. Jules reminded the audience that;

‘’Shaping a society is fundamentally about managing the many tribes that we all inhabit. All societies face the same fundamental challenge of forging an elemental and binding unity out of their diversity. ‘’

The Lecture can be viewed in its entirety in the video below.