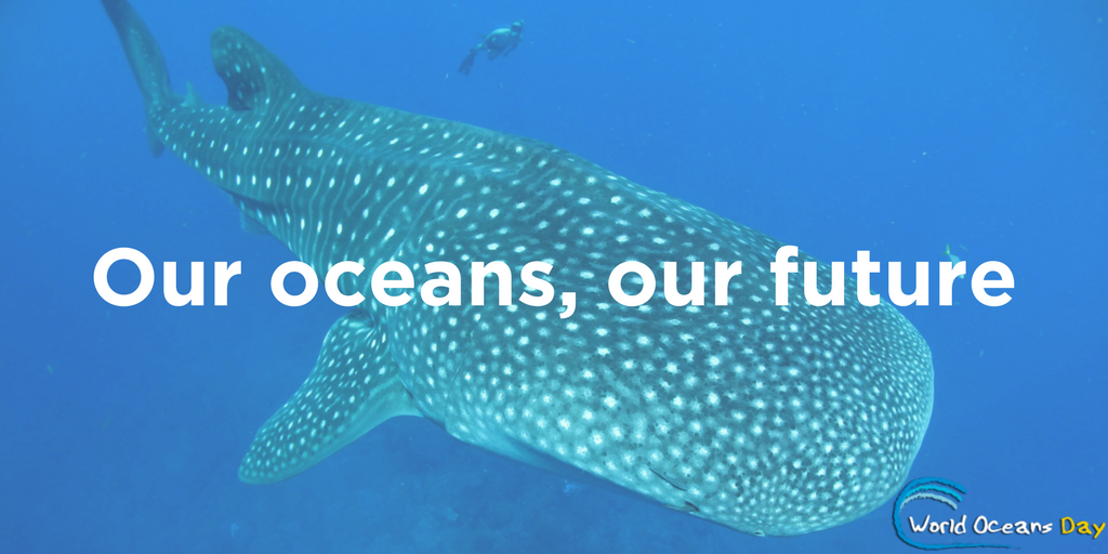 The proposal for celebrating World Oceans Day was made by Canada at the Earth Summit in Rio de Janeiro in 1992.  Following the circulation of a widely-supported petition from 2004 to 2008 for the United Nations (UN) to officially recognise World Oceans Day on June 8 annually, the United Nations General Assembly (UNGA) passed a resolution to do this in December 2008.  This recognition by the UN provides an important boost to the myriad of individuals and organisations that are committed to ocean conservation.

The Revised Treaty of Basseterre establishing the Organisation of Eastern Caribbean States Economic Union which entered into force in January 2011 provides, among other things, at Article 4 – Purposes and Functions of the Organisation – that: “… the Member States shall … endeavour to co-ordinate, harmonise and undertake joint actions and pursue joint policies particularly in the fields of matters relating to the sea and its resources.” The 54th Session of the OECS Authority in January 2012 agreed on the establishment of an OECS-wide approach for the development of a regional integrated ocean governance framework, inclusive of the development of a draft ocean policy framework and action plan.  Subsequently, at its 56th and 57th Sessions, the OECS Authority approved a Revised Boundary Delimitation Strategy and the Eastern Caribbean Regional Ocean Policy and Strategic Action Plan (ECROP) in November 2012 and June 2013 respectively.

The ECROP promotes and guides future sustainable use and development of the region’s marine waters and resources.  Additionally, it provides an outline of the key threats and challenges faced by policy makers and managers; the basis for national ocean policies; a future Vision for the ocean; and a suggested set of principles, and goals for ocean governance in the Eastern Caribbean Region.  Further, the ECROP highlights a number of options for institutional reform towards implementing the regional policy and a full range of priorities and actions in the ECROP Strategic Action Plan to transition to a blue economy.

For Small Island Developing States (SIDS), accelerating sustainable development is inextricably linked to the health and wealth of the ocean and, by extension, to a ‘blue economy’. In addition, climate change, exacerbated by human activities, poses an existential threat to SIDS due to sea level rise and diminished ability of the ocean to regulate global climate.  This, in turn, threatens SIDS’ prospects for sustainable development.  Engagements with partners of like interests are therefore necessary and desirable to “address challenges and create opportunities” that set a path towards achieving ‘blue growth’ and transitioning to a blue economy.

In light of this, the Commission and OECS Member States, in collaboration with a wider CARICOM effort, are actively participating in the Oceans Conference at United Nations Headquarters in New York from 5 to 9 June 2017, coinciding with World Oceans Day, to support the implementation of Sustainable Development Goal 14—Conserve and sustainably use the oceans, seas and marine resources for sustainable development.  The Conference comprises plenary meetings, partnership dialogues and a special event commemorating World Oceans Day.  During these events, the global community have registered their commitments to a common purpose for urgent action to preserve, and where possible, enhance, the health and wealth of the ocean for current and future generations.

It is hoped that the Conference shall adopt by consensus a concise, focused, inter-governmentally agreed declaration in the form of a "Call for Action" to support the implementation of Sustainable Development Goal 14 (SDG14) and a report containing the co-chairs' summaries of the partnership dialogues, as well as a list of voluntary commitments for the implementation of SDG14, to be announced at the Conference.

In agreement with the previously mentioned activities and actions, the Commission has been engaged in several undertakings aimed at conserving and sustainably using the oceans.  Its most recent engagement has been with the World Bank to advance preparation for the Caribbean Regional Oceanscape Project (CROP) which contemplates, among other things, the  first-ever project on Marine Spatial Planning to be supported by the Bank.  The Commission is also part of a Memorandum of Understanding (MoU) establishing the Interim Coordination Mechanism for the Sustainable Management, Use and Protection of shared Living Marine Resources in the Caribbean and North Brazil Shelf Large Marine Ecosystems along with other partners including: the UN Environment represented by its Caribbean Regional Coordinating Unit (UN Environment CAR/RCU), the Food and Agriculture Organization of the United Nations (FAO) on behalf of the Western Central Atlantic Fishery Commission (WECAFC), the Intergovernmental Oceanographic Commission of the United Nations Educational, Scientific, and Cultural Organization (UNESCO-IOC), the Caribbean Regional Fisheries Mechanism (CRFM), the Central American Fisheries and Aquaculture Organisation (OSPESCA), the Central American Commission for Environment and Development (CCAD) and the Caribbean Community (CARICOM).

The OECS Commission notes that, despite the challenges facing the ocean, it is important to work together towards a healthy ocean that can sustainably provide for the billions of humans, plants and animals that depend on it everyday.

WHAT CAN YOU DO?

Help spread the word about World Oceans Day and ocean conservation. Find an activity near you and get involved, visit the website at www.worldoceansday.org which contains free resources and where you can get lots of information, or consider listing your celebration through the website.