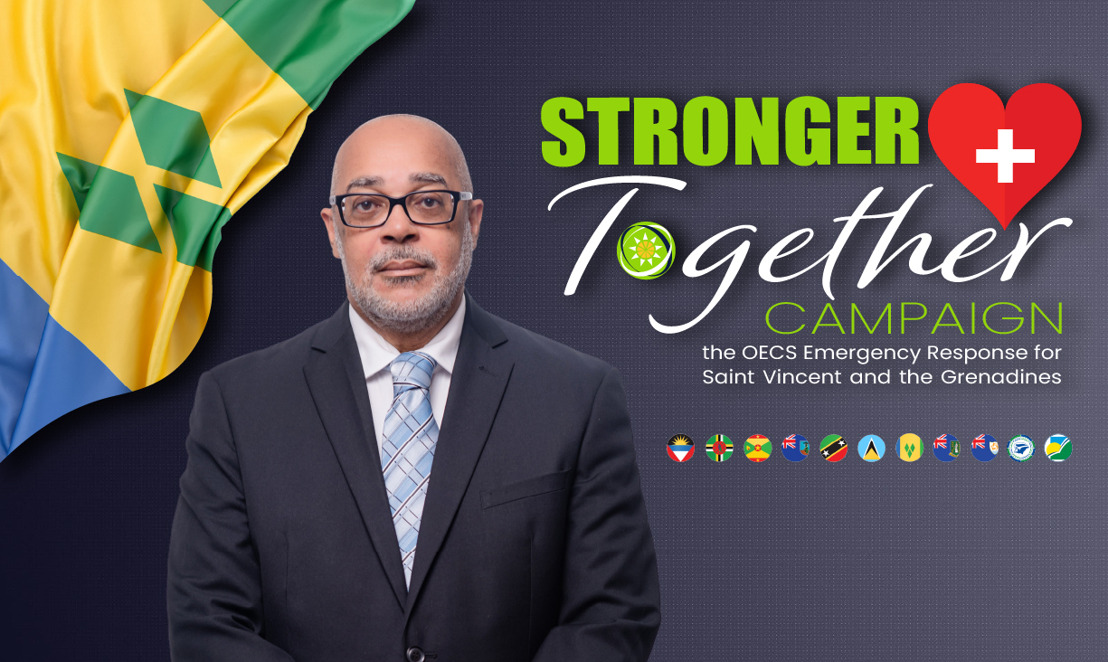 The Organisation of Eastern Caribbean States (OECS) Commission launched the "Stronger Together Campaign" today – a fundraising initiative created on behalf of the government of Saint Vincent and the Grenadines to support relief and recovery efforts.

Individuals and corporations seeking to contribute to relief efforts are invited to make pledges via the Stronger Together Pledge Form. This form is designed to obtain contact information for the payment of pledges. Once the form has been completed, a member of the OECS Commission Team will contact you with payment instructions.

All funds (100%) raised via this campaign will be directly transferred to the people of Saint Vincent and the Grenadines.

There is no limit on the value of pledges and contributions. Pledges are invited from individuals and corporations across the Caribbean and globally.

Let's build back Saint Vincent and the Grenadines, together!