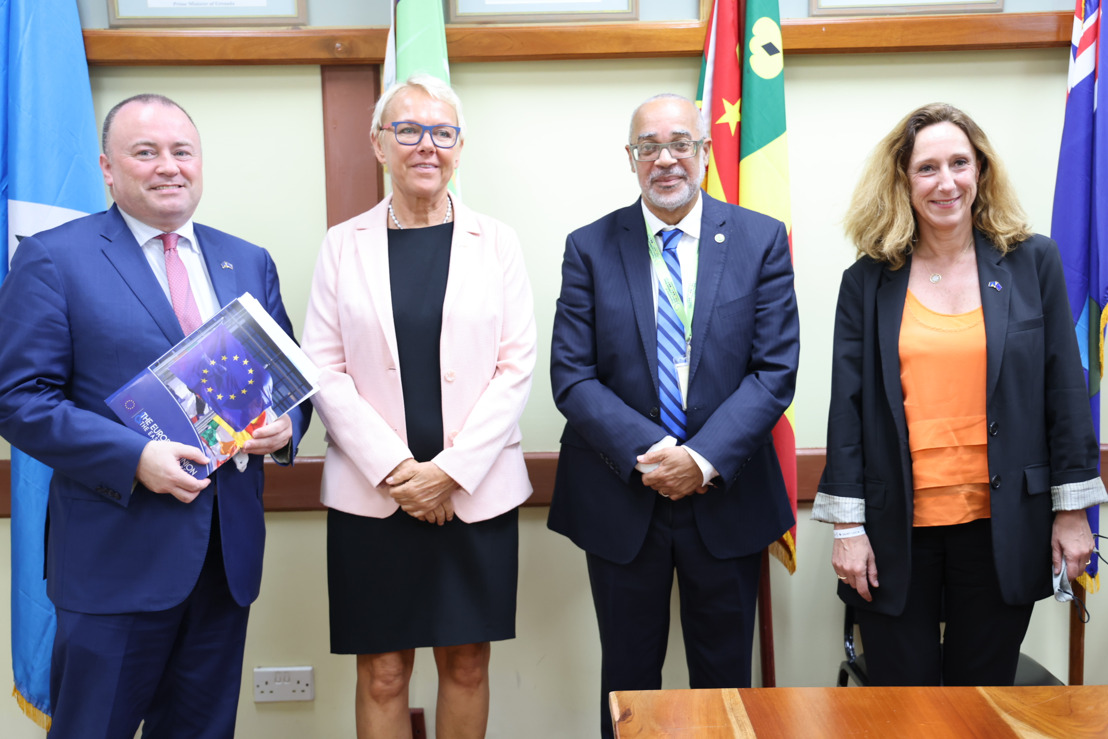 The representatives from the member states had the opportunity to engage in critical discourse with the EU Delegation, with areas such as the region’s Economic Partnership Agreement (EPA) with the European Union, climate change, Citizenship by Investment, human development and development financing featuring prominently.

The meeting was chaired by Director General of the OECS Dr. Didacus Jules who expressed his gratitude for the dialogue, and called for continued collaboration between the OECS and the European Union in areas of mutual interest. According to Dr. Jules,

‘’There are many pressing issues requiring on-going bi-lateral and regional dialogue and consultation between the European Commission and the Organisation of Eastern Caribbean States. This meeting we hope will mark the commencement of an on-going process of real and frank engagement in order to arrive at mutually satisfactory solutions.’’

Ambassador Colin Murdoch, Permanent Observer of the OECS to the United Nations Office in Geneva, highlighted the importance of increased engagement with the smaller member states, for the specific purpose of increasing their benefits from the Economic Partnership Agreement and other EU funded programmes.