Director General of the OECS, His Excellency Dr. Didacus Jules said FIHAV was the principal venue in which OECS businesses could gain exposure to not only the growing domestic Cuban market but commercial linkages to more than seventy-five countries who were also participating in the global trade fair.

“Through OECS Member State Ambassadors to Cuba working in collaboration with the Competitive Business and Trade Policy Unit of the OECS Commission and with support from the European Union, we have been able to facilitate the participation and promotion of OECS businesses to the world.

“The OECS has historically enjoyed strong relations with Cuba across a number of functional areas of cooperation including health and education and now with the Cuban Government’s desire to diversify international economic relations, we are positioning to ensure OECS businesses are supported to successfully enter the Cuban market.

“We recognise that the non-state sector in Cuba is growing, as evidenced for example by plans to add before 2016, 3000 new hotel rooms to the flourishing tourism sector and the establishment of the ambitious Mariel Special Development Zone (ZEDM) intended to attract foreign direct investment.

“This growth will invariably drive increasing demand for products and services across a range of sectors including for example high end building products such as paint, blinds and awnings to manufactured food items for which the OECS is uniquely placed both competitively and geographically to service.

“We are confident with the passage of time and with the appropriate levels of support, OECS businesses can also replicate the success of Baron Foods Ltd. who will not only export to Cuba but will also be manufacturing there too” said Dr. Jules.

“Saint Lucia’s Ambassador to Cuba, His Excellency Ambassador Dr. Charles Isaac said Cuba in collaboration with OECS Heads of Mission had collaborated to facilitate the consolidation of the traditional relationship existent from one that has been traditionally based on political solidarity to the emergence of one based on trade.

“In this regard we have had a Caribbean Business Forum organised by the Cuban Government in 2015 attended by a number of businesses entities within the region including the OECS.

“Subsequent to this we had the participation of most of those entities in FIHAV 2015 and now 2016 supplemented by a continual dialogue and engagement between business entities of the OECS and their Cuban counterparts.

“Baron Foods as an example have just signed a contract for the first container shipment of condiments and sauces to Cuba.

“We have continued to engage the process for other companies who are at various stages of market access negotiations and expect in the not too distant future, a number of other companies will have access to the Cuban market.

“Cuban authorities have consistently emphasized their willingness to accommodate Caribbean business entities given the traditional good relations that have been maintained and supported over the years.

“This is important as we are now provided a window of opportunity by the Cuban authorities to enter the Cuban market" said Ambassador Dr. Isaac.

St. Vincent and the Grenadines

FIHAV is a well-established trade fair that has taken place annually since 1983. It is the most important general trade fair in Cuba and the Caribbean as well as one of the most representative from Latin America.

All sectors of the Cuban economy take part in FIHAV, which succeeds in putting together the most complete national and international trade exhibition in a space that enables exhibitors and visitors to establish commercial contacts, business operations, exchange experiences and be updated in new technological developments.

In its 34th issue FIHAV will have more than 20,000 m2 of net exhibition area and foreign exhibitors from over 75 countries. 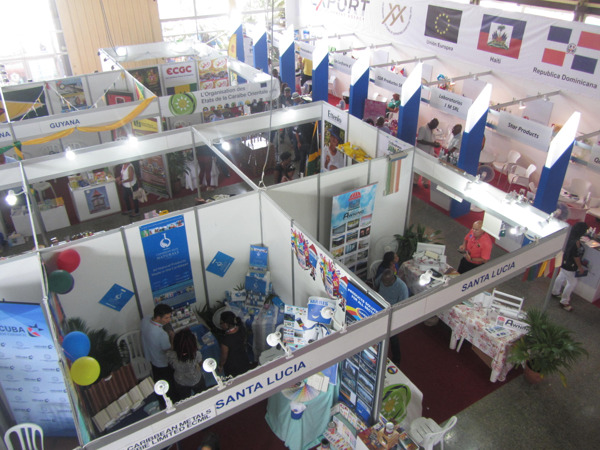