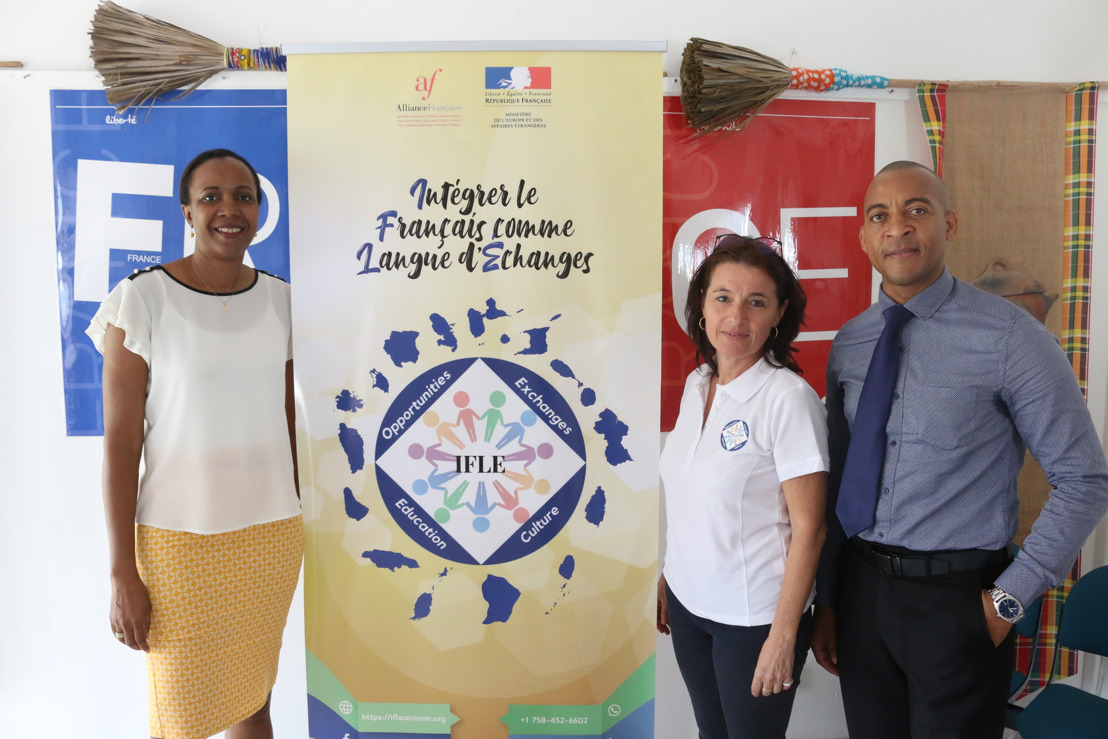 The language barrier remains one of the major obstacles to accessing educational, professional and cultural mobility programmes in the French-speaking territories of the Caribbean. Lost opportunities translate to lost gains educationally and financially. The IFLE CARICOM project aims to address the issue through the promotion of plurilingualism in the English-speaking countries of the Caribbean.

The programme, which was launched in April 2019, is currently being implemented in 11 English-speaking countries of the region, namely Antigua and Barbuda, Dominica, Grenada, St. Kitts and Nevis, Saint Lucia, St. Vincent and the Grenadines, Trinidad and Tobago, Jamaica, Barbados, Suriname and Guyana.

"Multilingualism refers to the coexistence of several languages ​​in one region and has always existed in the Caribbean. However, we will create bridges by moving from multilingualism to plurilingualism which refers to the ability to speak multiple languages. This is the objective which we aim to achieve through the implementation of the IFLE CARICOM project [...].

This programme covers 11 English-speaking countries of the Caribbean including 6 OECS Member States. Hence, partnering with the OECS Commission is key to ensuring the success of this project," Gasse said.

OECS Education Specialist, Rafer Gordon, who participated in the meeting, highlighted the value of the IFLE CARICOM to the region.

"The lab-like approach to the teaching of foreign languages remains one of our greatest challenges in foreign language instruction in the OECS. Many people are learning a foreign language in a classroom, instead of the ideal of being immersed in an authentic environment. Naturally, this hinders their degree of mastery. The activities which are conducted within the framework of the IFLE CARICOM project have great value for us, since the programme will directly benefit thousands of students, teachers and officers of the Ministries of Education.

Benefits of the programme will also extend to their families and to the wider society. Generally, individuals who speak a foreign language are better thinkers and are more marketable. They have greater tolerance and they are better able to reflect on their lives because they have been exposed to another language and another culture. Hence, the more citizens who are competent in a foreign language, the better it is for the society and the region,” Gordon explained.

The EUR 800,000 IFLE CARICOM project is funded primarily by the French Ministry of Europe and Foreign Affairs through the Alliance Française of Saint Lucia, which is coordinating the project.

The IFLE CARICOM also brings together 11 partners alongside the Alliance Française of Saint Lucia, including: the Organisation of Eastern Caribbean States (OECS), CARICOM, the French Ministry of Culture, Campus France, France Education International, the University of the Antilles, the University of French Guiana, the French Institute, and the Chambers of Commerce of the Islands of Guadeloupe, Martinique and French Guiana.

Among others, actions undertaken under the programme are as follows:

In a nutshell, the actions implemented under the IFLE CARICOM project should benefit at least 110 French teachers, 100 artists and 1,000 students who will pass the Diploma in French Language Studies (DELF) which enables non-French speakers to access the French higher education system.

These actions should be finalised in December 2020.