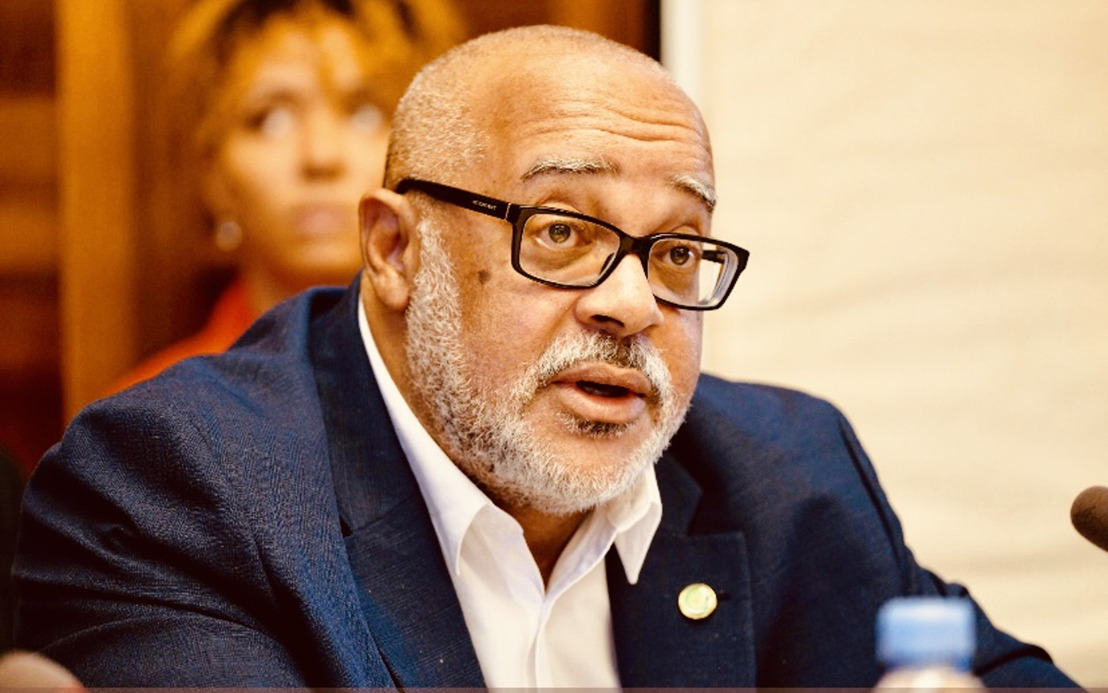 “The Caribbean region has become a veritable graveyard for such ideas, and over the two decades since the seventies, many words have ossified like the fragments of dead coral on our beaches. ‘Conscientization’, ‘participation’, ‘sovereignty’ are still occasionally used, but are in fact little more than vestigial echoes of what they once seemed to purport”. Professor Gordon Rohlehr 1993

These are the words of Prof. Gordon Rohlehr – a prominent cultural critic - in 1993 in an address to the Folk Research Centre in St. Lucia and I have quoted him here because I would like to start with a reminder that words and descriptors matter only to the extent that they embody the power to transform.  In the development world, words and concepts come and go with astonishing speed and sometimes practitioners become so intellectually seduced with the novelty of the idea that we forget the elemental purpose of the agenda.

So today we have the Blue, the Green, the Brown and the Orange economy… and these descriptors have their explanatory power but let us never lose sight of the fact that at the heart of all of these economies is the effort at sustainable human development.  For us in the OECS as indeed for all SIDS, this is about moving the poor and vulnerable from a condition of marginality to a condition of prosperity.

The focus of our engagement are the coastal villages whose communal economy is focussed on the sea and its bounty and who have eked subsistence livelihoods from resources that are rapidly disappearing from over-exploitation and climate change in the marine space.

These are the villages whose resilience Derek Walcott the Caribbean Nobel Laureate celebrated:

"Do not diminish in my memory villages of absolutely no importance, ... Hoard, cherish your negligible existence, your unrecorded history of unambitious syntax, your clean pools of unpolluted light over close stones." Derek Walcott – The Prodigal

The sea is currently a subsistence economic resource for these coastal villages with fishermen undertaking near shore fishing supplemented by charcoal making.  These are the real people who are the human focus of our Blue economy work – helping them move from subsistence to prosperity.

The Members of the Organization of East Caribbean States (OECS) are surrounded by both the Caribbean Sea and the Atlantic Ocean. While we are typically referred to as SIDS, we are also big sea and large ocean states as much as we are small island developing states. For instance, OECS Member States enjoy an Economic Exclusive Zone (EEZ)-to-land space-ratio of approximately 85:1 and this implies the huge potential for the sustainable use and commercialization of ocean-based goods and services. This is the sort of mind-set that we need to adopt to orient us to seeing the vast potential that exists in the Oceans Economy and Blue BioTrade.

In a joint publication, the Caribbean Development Bank (CDB) and the UN Development Programme (UNDP) estimate that by 2030, based on current trajectories, the global ocean’s value-added will amount to US$4.5 trillion, with employment rising to over 40 million people. Furthermore, both the CDB and the UNDP also estimate that the total global value of key ocean assets stands at roughly US$24 trillion based on the ocean’s earning capacity through direct outputs such as fishing and aquaculture; and indirect outputs such as tourism, trade and transportation.  In our specific case, although the Caribbean Sea covers 1% of the earth, the value of our Blue Economy is estimated to be US$407 Billion (the equivalent of 14% of our combined GDP).  The proportion of our marine space to our land mass is 85:1 and in some Caribbean States, the Blue Economy employs up to 30% of the labor force.  Additionally, in 2012, we estimate that fisheries and aquaculture generated US$5B and US$1.9B respectively.  Other industries that constitute part of the Blue Economy included Tourism US$47B; Oil & Gas US$40B and Shipping US$311B.

For many SIDS, an extremely narrow resource base and little capacity to exploit economies of scale makes economic diversification critical to our overall wellbeing and survival. Therefore, it is very important, and I fully endorse UNCTAD’s focus on Oceans Economy and Blue BioTrade which holds tremendous promise, particularly as it relates to a more equitable and sustainable distribution of our marine resources for socio-economic gain.

Notwithstanding the vast potential of the ocean’s economy, the sustainable use and trade of coastal and marine based biodiversity products and services remain largely untapped, partly due to limited awareness among policy makers and businesses on their opportunities and value. Essentially, seizing blue trade opportunities has the potential to accelerate sustainable economic growth, export diversification, and create new avenues for both domestic and foreign direct investment.  In St. Vincent & the Grenadines (one of our most dynamically focused Member States) fish exports increased from EC$1.7M in 2016 to EC$10.3M in 2018!

The OECS is seeking to capitalize on these opportunities and jointly with UNCTAD we are preparing the launch of a project on seizing the trade and business potential of Oceans and Blue Bio-Trade products for our region. We anticipate that on the completion of this project, our Member States will be in a better position to export high-quality, niche and sustainably harvested coastal and marine products to world markets. For a start, this could include products derived from queen conch, sea moss and sargassum in the food, nutraceutical and personal care value chains, and in the case of sargassum the export of Algas – an organic fertilizer derived from this pestilence by one of our 30 Under 30 Youth Entrepreneurs Johanan Dujon.

Distinguished colleagues, our approach to the Blue Economy requires much close collaboration between Caribbean States and in the OECS we are taking a structured approach to this challenge through the Eastern Caribbean Regional Ocean Policy (ECROP) project with the World Bank with collaboration and support from the Commonwealth and the European Union and now with UNCTAD the establishment and cultivation of Bio-Trade value chains for select high value products.  Exports of crustaceans, mollusks and aquatic invertebrates from OECS countries to the world amounted to $354 thousand in 2017. Within this group of products, a specific mollusk, Conch (Strombus gigas) is a high value delicacy.  Sea moss is widely prized as a high nutrition supplement in the cultivation and processing of which we have already accumulated significant community and small farmer expertise.  Our intention is to perfect the technologies and modalities of cultivation so that rural communities can directly benefit and also to ensure that our wild stocks are protected and replenished.

I wish to recognize the extraordinary initiative put into this by our small energetic team at the Permanent Delegation of the OECS to UNCTAD and UN Agencies led by Mr. Stephen Fevriere and the equally enthusiastic effort of Mr. David Devas and his team at UNCTAD who are working with us to make this a scalable example of the value of Blue BioTrade.

This represents the kind of collaboration that is needed between SIDS and our development partners to pursue and secure the objectives of economic diversification and resilience. Essentially, leveraging the Oceans Economy Blue BioTrade could lead to faster economic growth, coastal community enrichment, improved social inclusion, and protection/revitalization of coastal environments and marine life.