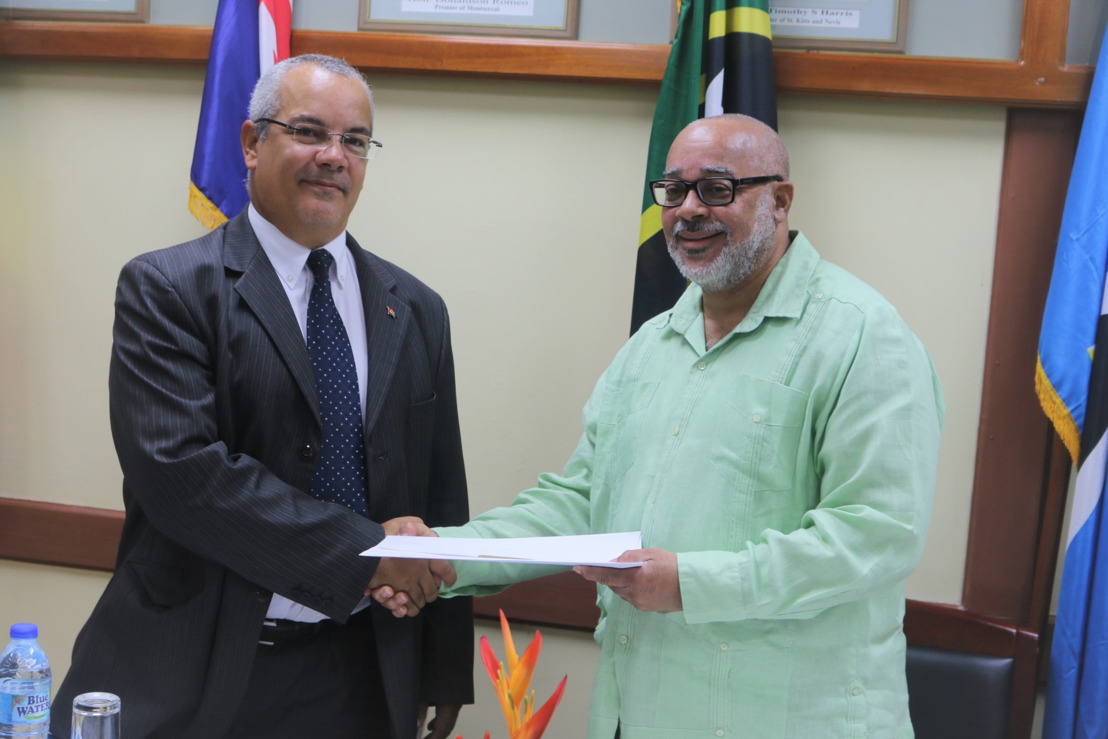 H.E. Dr. Jules said the OECS looked forward to Ambassador Marin building on the contributions of his predecessor Ambassador H.E Jorge Soberon, who contributed immensely during his tenure to the deepening of relations between Cuba and the OECS.

“We extend a warm and fraternal welcome to Ambassador Marin” said Dr. Jules.

“Cuba and the Caribbean and the OECS have a long and deep tradition of friendship characterized by constancy on both sides.

"Because of the punitive measures placed on Cuba we place an even higher premium on the bonds with Cuba in the arenas of human resource development, health sport and culture noting the tens of thousands of Caribbean people impacted by University scholarships and professional training" said Dr. Jules.

Dr. Jules added the restoration of sight through Operation Miracle and the medical attention many Caribbean nationals have received - that would otherwise be unaffordable - are some of the high points of the enduring relationship.

Dr. Jules concluded by welcoming Ambassador Marin with the embrace of family to the OECS and reaffirmed the OECS’ non-negotiable solidarity with the government and people of Cuba.

Ambassador Marin said he extended on behalf of his Government, greetings and a reaffirmation to continue the willingness to work on the strengthening of the relationship with the Organisation and its Member States.

“The OECS is a grouping of countries in which Cuba has a shared geographical, historical, human and cultural setting that embraces us all.

Ambassador Marin noted the vision of Cuba’s national hero Jose Marti who since the 1900s identified Latin America and the Caribbean as ‘our America’ and the inclusion of the Antilles as the balance and stability of the region.

The Ambassador said the principles of friendship solidarity and cooperation which have guided the relationship with the Caribbean, were built on the solid pillars established by leader of the Revolution Fidel Castro, and which represented the ties we share today.

“Our contribution has represented for us a high sense of solidarity from our humble capabilities to the economic and social development of many countries in the Eastern Caribbean” said Ambassador Marin.

His Excellency noted a number of important agreements recently signed between the OECS and Cuba in the sectors of higher education, bio- technological and pharmaceutical industries, public health care, cultural and bi-lateral trade and new areas to be explored including disaster preparedness, transport and tourism.

Ambassador Marin concluded that Cuba is deeply grateful to the OECS for its unwavering position of respect and solidarity and for its long-standing support for the demand to lift the commercial, economic and financial blockade against Cuba.

“The OECS can always count on the respect friendship solidarity, gratitude and the support of Cuba” said Ambassador Marin.

This story aligns with OECS Strategic Objective No.4:Support alignment of foreign policy of Member States with the development needs of the OECS.