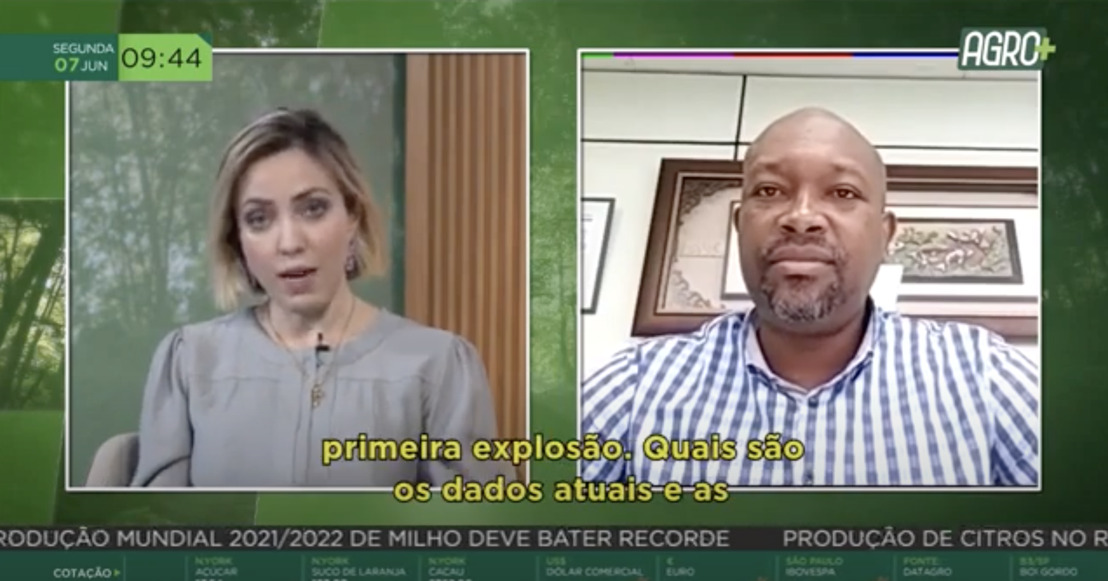 “These are definitely challenging times, with many changes for our people and for our agricultural sector, which is central to the country. One of the biggest impacts was the excessive ash fall in areas used for food production, some of which lost 100% of their vegetable production" said the minister.

Minister Caesar also explained that the work of the Inter-American Institute for Cooperation on Agriculture (IICA) was of great importance in securing the support of organizations and governments in Latin America and the Caribbean, and expressed his gratitude for the solidarity received.

The volcano had its first major eruption on April 9, followed by 32 other eruptions. Some 30,000 people had to be evacuated from their homes, most of them farmers, since the land closest to the volcano is used mainly for agricultural production. Today, the social situation is still delicate, and the authorities are concerned about the approach of the hurricane season which could further complicate the scenario.

Although there have been no new eruptions recently, the minister explained that the ashes fell on the slopes of the mountains and, every time it rains heavily they are washed away towards the valleys and crop fields, thereby deteriorating lands that until now had not been affected.

“In my country,” Caesar explained, “agriculture is basically run by small producers who work under the family farming regime. We have approximately 8,000 farmers and 1,500 registered fishermen. Our greatest pride is that, despite the food security emergency that was declared, we were still able to produce enough food for our population and have already resumed exports to other islands.”

Caesar explained that his ministry sent a budget readjustment project to the Parliament, in order to provide financial aid to farmers and fishermen and thus assist in their recovery. In addition, the State bought food from producers who had available products and distributed it among those affected by the disaster. They are also beginning to distribute seeds among farmers so that they can plant their crops.

“Many farmers,” he acknowledged, “lost their crops. We are sending tractors to the different communities to plow the land, so that it can be sown again. Farmers who work close to the volcano will receive financial aid until the end of the year and also in 2022. We will rebuild the agricultural sector, and we will do it better than before.”

The Minister explained that the forests of Saint Vincent and the Grenadines were also affected, and that the country is receiving help from governments and international organizations to restore them.

Minister Caesar went on to say that, due to the impact of the ash fall on the fields, Saint Vincent and the Grenadines is facing vulnerabilities in certain crops important for food, such as aubergines, lettuce, cucumbers, carrots and tomatoes.

In contrast, other agricultural products have not been affected, and are even being exported again. These crops include ginger, bananas, coconut and turmeric.

"We will focus on the crops of which there is a shortage,” he announced, “and in order to increase production, we will bring agriculture to the backyard gardens of our homes."

AgroAmerica is a program on the Brazilian TV channel AgroMais, belonging to the Bandeirantes Communication Group, which is the result of an alliance with the Inter-American Institute for Cooperation on Agriculture (IICA).

The show features the current situation of the agricultural and rural sectors in the member countries of the IICA, with the aim of promoting the exchange of experiences and a discussion on challenges and opportunities in Latin America and the Caribbean in the area of ​​agricultural and rural development.