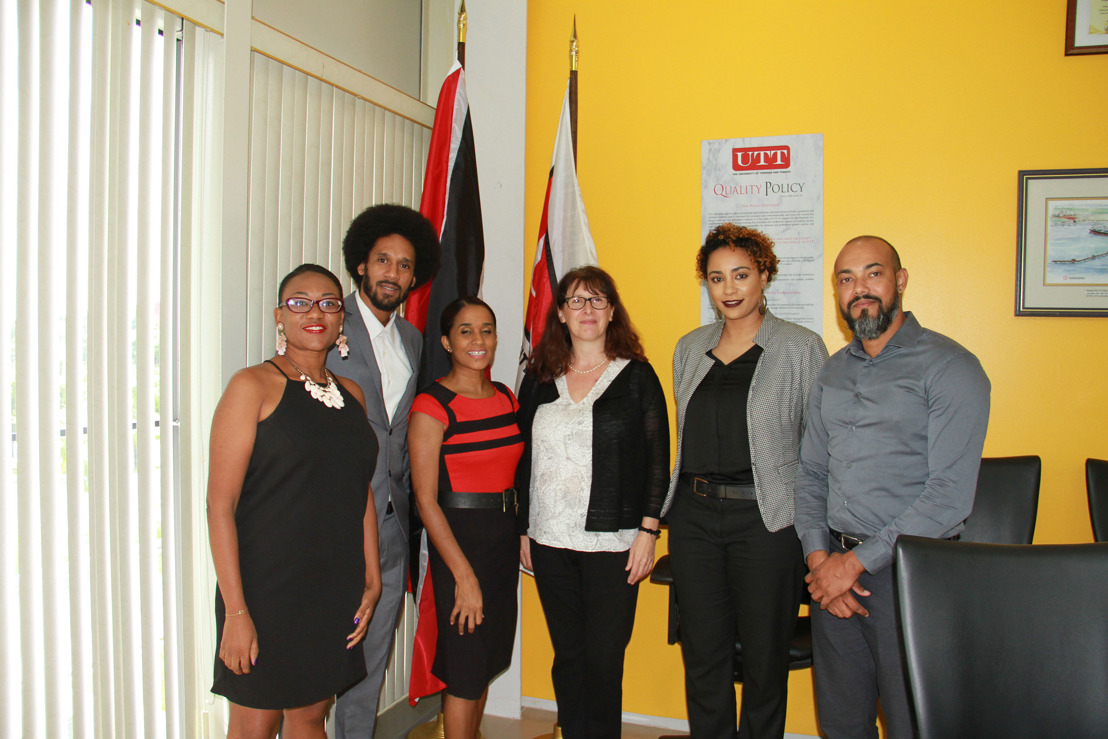 INTERREG Caribbean Animation Project (INTERREG CAP 3D) is the fruit of the collaboration between PARALLEL 14, Private Higher School of 3D animation, special effects and video games based in Martinique and the University of Trinidad and Tobago. The project totals a budget of nearly 211,000 € of which 112,000 € financed by the INTERREG Caribbean fund via the European Regional Development Fund (ERDF).

The main objective of INTERREG CAP 3D is to promote the transmission of knowledge and the professional situation of students in a French-English linguistic context. More concretely, this is a university exchange program that allows students to benefit from the expertise, teaching and educational resources of each institution.

Apart from the student public, the program also wishes to encourage the exchange of experienced professionals and the co-creation of a platform to carry out collaborative animation projects.
After an international career in the field of 3D animation and cinema, Saïdou BERNABÉ and Yoane PAVADÉ created a school to train in these trades. The two founders recall that although Parallel 14 is established in Martinique, the school is resolutely Caribbean and open to young people from other countries in the region:

Our professional backgrounds have led us to work in Paris, London and New Zealand on film production teams such as "MOI, MOCHE ET MECHANT", "BATMAN, THE DARK KNIGHT" and "THE HOBBIT" by Peter JACKSON. We wanted to share this knowledge, these technical skills and this experience with the next generation. Thus was born the school PARALLEL 14 in 2013. We met Camille SELVON ABRAHAM, Director of the Program of Animation Studies of the University of Trinidad & Tobago during the ANIMAE CARIBE Festival in 2017. The University of Trinidad & Tobago was offering a 2D animation training. We offer a training in 3D animation. This partnership therefore seemed appropriate.

INTERREG CAP 3D extends beyond student exchange opportunities. Indeed, at the end of the first exchange, a student from Trinidad & Tobago decided to continue her training in Martinique by integrating the 3rd year class of PARALLEL 14 where the courses are delivered in French and English language the main work of 3D professionals working in international advertising and film production teams.

Finally, it is a springboard for students from Martinique and Trinidad and Tobago. The project leaders also pointed out that some students graduating from the first class of the school in 2018, got their first job in major animation studios in Paris and found themselves as team supervisors in just a few months.

To conclude, although this exchange program ends in late 2020, both partners affirm their desire to sustain the INTERREG CAP 3D project and extend it to other young people in the Caribbean countries.

Guided by the Guadeloupe region which is the Managing Authority, INTERREG Caraïbes is a European program enabling Guadeloupe, Guyana, Martinique and Saint-Martin, French and European territories, to undertake cooperative actions. with their neighbours in the Eastern Caribbean and the Greater Caribbean, more than 35 countries from an area that encompasses the north, Mexico, to Venezuela to the south.