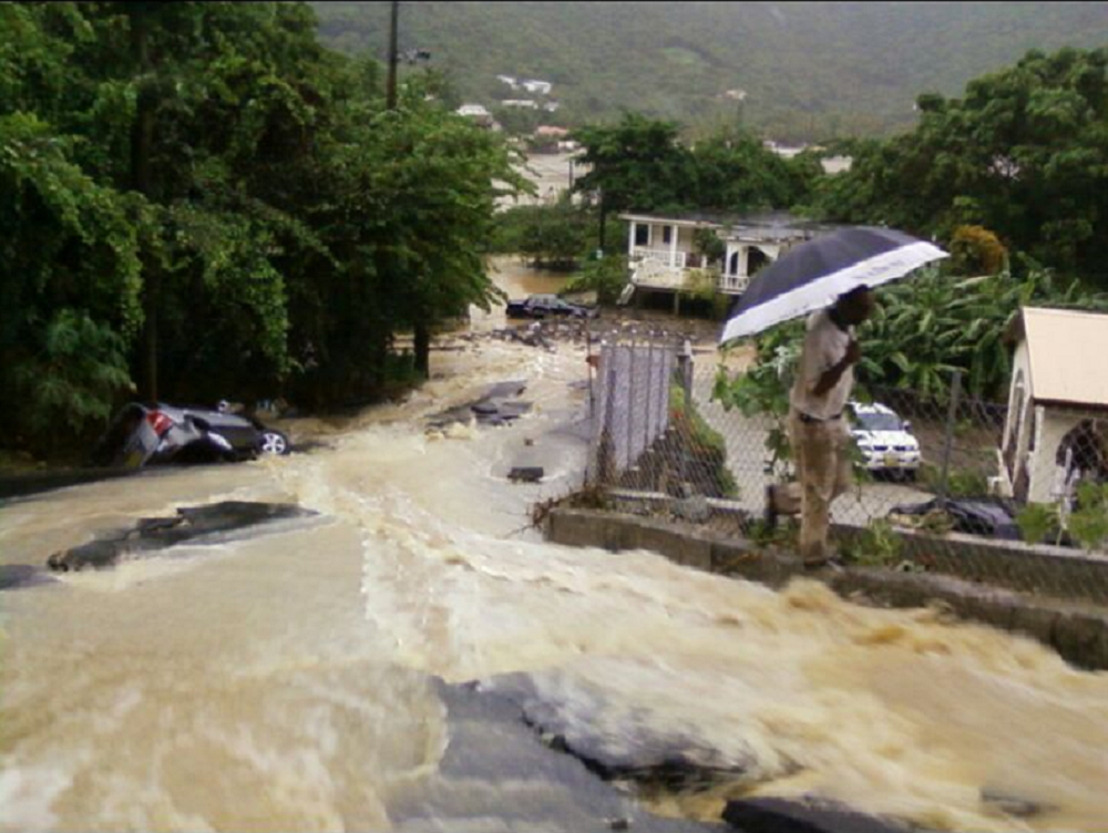 This section of the project was implemented at the final bend near the base of Cane Garden Bay Road where a minor road intersects with the main road. It was completed in late July, 2017 on time and on budget. The purpose of the drainage project was to enhance the ability of the existing drainage system to intercept storm water from the main road which merges on to the minor road.

Ms. Nibbs, a resident neighbouring the project, relayed that the development came just in time.

“There was a river of water running down the side road. The swale really helped to direct the water to the drain under the main road and protect it. The road was fine after the flood; a complete contrast to 2003" said Ms. Nibbs.

The backbone of the work under the iLAND Resilience Project is a hydrology and coastal dynamics study of Cane Garden Bay and Brewers Bay, the results of which are actively being used to design projects to improve coastal water quality and address coastal erosion and flooding in sections of both communities.

Other works being implemented in Cane Garden Bay under the umbrella of the project include the rock revetment sea defence and a retrofit of the Sewage Treatment Plant. A major road drainage project is also being implemented along Brewer’s Bay Road East that leads down to the Brewers Bay Community Centre.

Minister for Natural Resources and Labour, Dr. the Honourable Kedrick Pickering expressed satisfaction with the works, and said he recognised the need for “additional work to improve drainage and solve flooding problems in the immediate area.”

Meanwhile, Climate Change Officer, Ms. Angela Burnett-Penn said she was pleased that the simple drainage solution implemented had such a major impact.

The iLAND Resilience Project on Climate Change Adaptation and Sustainable Land Management is funded through the European Union Global Climate Change Alliance and is coordinated regionally by the Organisation of Eastern Caribbean States (OECS). The Ministry of Natural Resources and Labour, in partnership with members of the Climate Change Committee, is responsible for managing local project implementation.

Other activities being implemented under the project include development of a comprehensive Environmental Bill, Land Policy and National Physical Development Plan (NPDP), enhancement of administrative provisions to support the Building Code, and development of the Climate Change Trust Fund’s Operational Manual.

The project also supported acquisition of a weather station and GPS devices to support monitoring work related to climate change. More information about climate change response in the Virgin Islands is available at http://bvi.gov.vg/climatechange