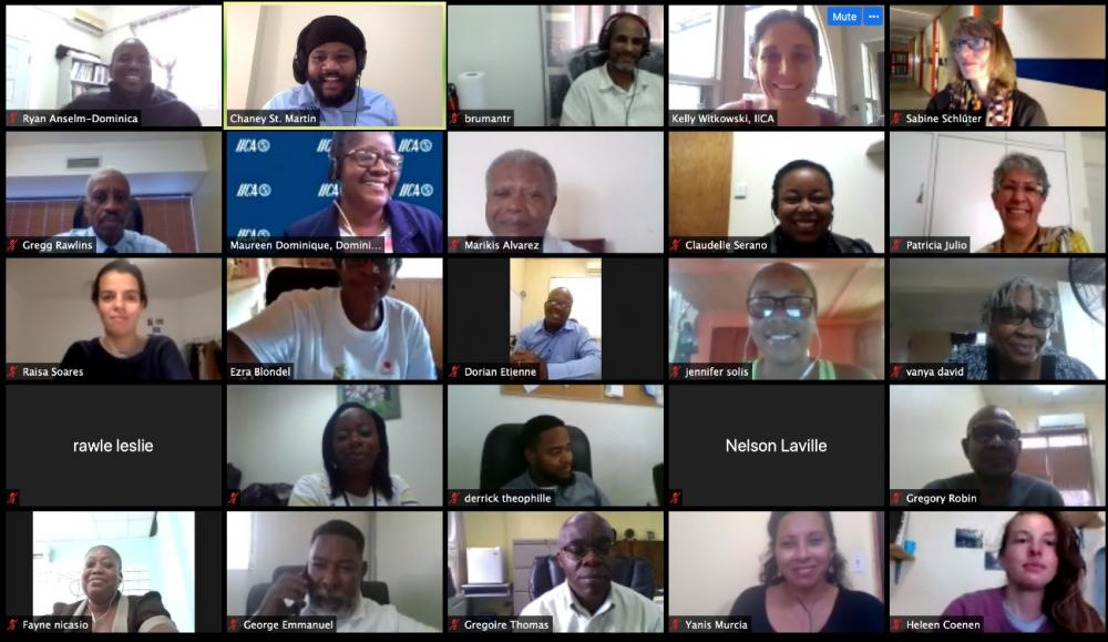 The key findings were that:

This research was hosted by IICA and supported by the Government of the Commonwealth of Dominica, through the Ministry of Blue and Green Economy, Agriculture, and National Food Security. Financial support was provided by the German Academic Exchange Service.

“We observe that many development initiatives in the Caribbean focus on increasing assets. However, this research suggests that equal or more focus should be placed on improving social safety nets as a means of enhancing climate resilience in agriculture.”

“This work provides an empirical and qualitative basis for better aligning gaps in resilience to tailored interventions. Such information is crucial towards baselining, monitoring and contextualizing climate resilience according to the realities and peculiarities of our Caribbean Region,” he added.

St. Martin supervised the research along with professors Sabine Schlüter from the Institute for Environment and Resources Management in the Tropics and Subtropics (ITT), The Cologne University of Applied Sciences in Germany; Patricia Julio Miranda from Universidad Autónoma de San Luis Potosí (UASLP), and Kent Coipel, Technical Specialist of IICA.

This research was part of a double degree post-graduate completion requirement from ITT in Germany and UASLP in Mexico.

“This is a unique program because it focuses on the application of the university-acquired knowledge to address issues that challenge development,” Professor Sabine Schlüter said.

According to Professor Patricia Julio Miranda:

“UASLP has a long history of research and development in Latin America and is excited to be actively involved in current development solutions in the Caribbean Region, especially since Mexico shares the Caribbean Sea and has communities that are exposed to similar threats.”

In his address, Greg Rawlins, Eastern Caribbean Representative for IICA, affirmed that:

“The alignment of this research to IICA’s objectives emphasizes the need for researchers and scientists from the Region to work with passion and dedication for the development of the Caribbean. This initiative is also an accord for continued cooperation with partners who share our vision of climate resilience and can aid in our sustainable development.”