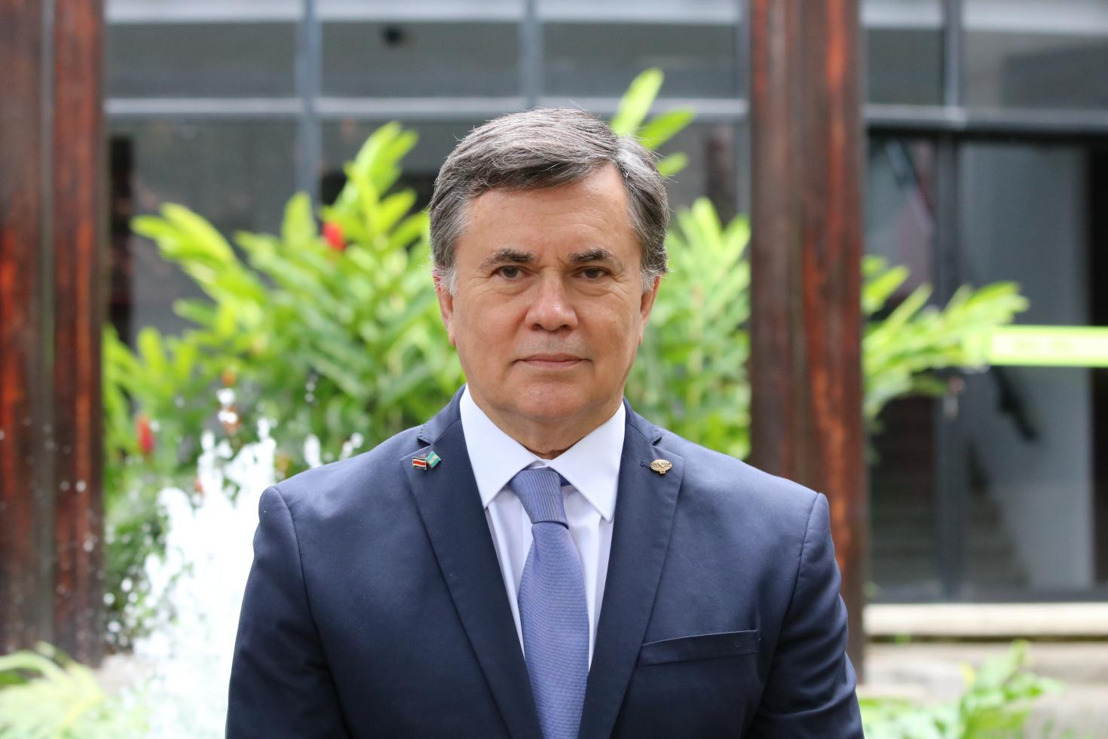 “Cooperation, institution building, innovation and public-private sector alliances are issues that fall under the agenda of the Summit and coincide with our priorities, including to restructure  IICA into a more decentralized and less bureaucratic institution that brings together parties interested in utilizing international cooperation as an instrument to develop our countries, including the private sector”.

At the 2018 Summit of the Americas IICA’s Director General met with Peru’s Minister of Agriculture and Irrigation, Gustavo Mostajo Occola, with whom he committed to strengthening joint action.  He also arrived at a mutual understanding with CAN’s Secretary General, Walker San Miguel, that will foster new initiatives for rural development, including the promotion of trade in family farming products, mechanisms for public-private sector dialogue linked to agrarian activity and greater institution building to enable the formulation of effective public policy.

The Andean Community member states are Bolivia, Colombia, Ecuador and Peru, which together cover a land mass of 3.78 million square kilometers with a population exceeding 120 million, of which close to 30 percent live in rural Andean areas.  “This agreement will help to position IICA as a strategic resource to serve these countries”, stated Otero in signing the agreement.

He emphasized that “We are promoting a vision for this continent’s agriculture that moves away from its role as a mere provider of raw material for global value chains and commits to transforming agriculture in the Americas into a major generator of value added products, such as processed foods, bioenergy, probiotics, neutraceuticals and biomaterials.”

The Director General of this organization that fosters agricultural development in the Americas also met in Lima with Marie Haga, Executive Director of Crop Trust, which is a non-profit entity with a mission to preserve crop diversity as a means of protecting world food security.

The Summit of the Americas brings together Heads of State and Government to discuss topics of common interest and to finalize agreements and undertake joint initiatives to tackle challenges faced by the countries in the hemisphere.