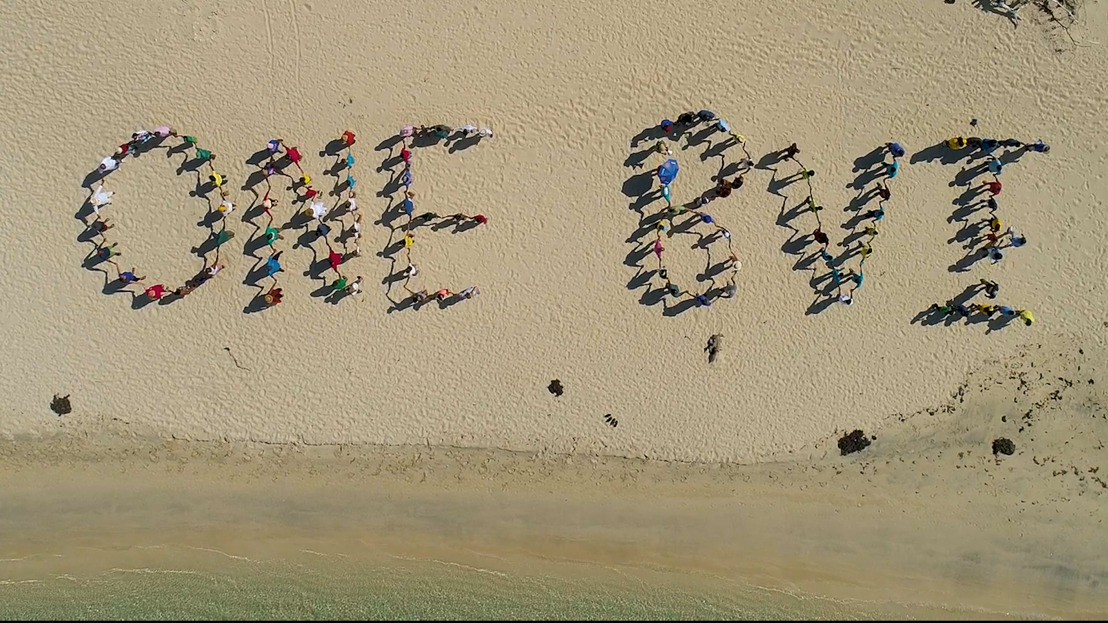 Addressing the participants, Honourable Pickering delivered remarks focused on the impacts of climate change and the need for global action. He said:

“We are to remind ourselves that the world in which we live is now one that is dominated by the effects of the change in the climate around us and it is important for us to continually remember that it is islands like us who are going to suffer the most from the effects of climate change.”

“What we have done this afternoon we hope will be streamed across the world to bring attention to us and what we suffered one year ago but also to show that we are on our way - we are united, we are a resilient people and we are going to continue to rebuild our country.”

Dr. Pickering said he was pleased to see how much the beach has already recovered since the impact of Hurricane Irma.  He also expressed his gratitude to the organisations who partnered on the initiative and to the persons who came out to be a part of history making, showing the world that we are united as One BVI.