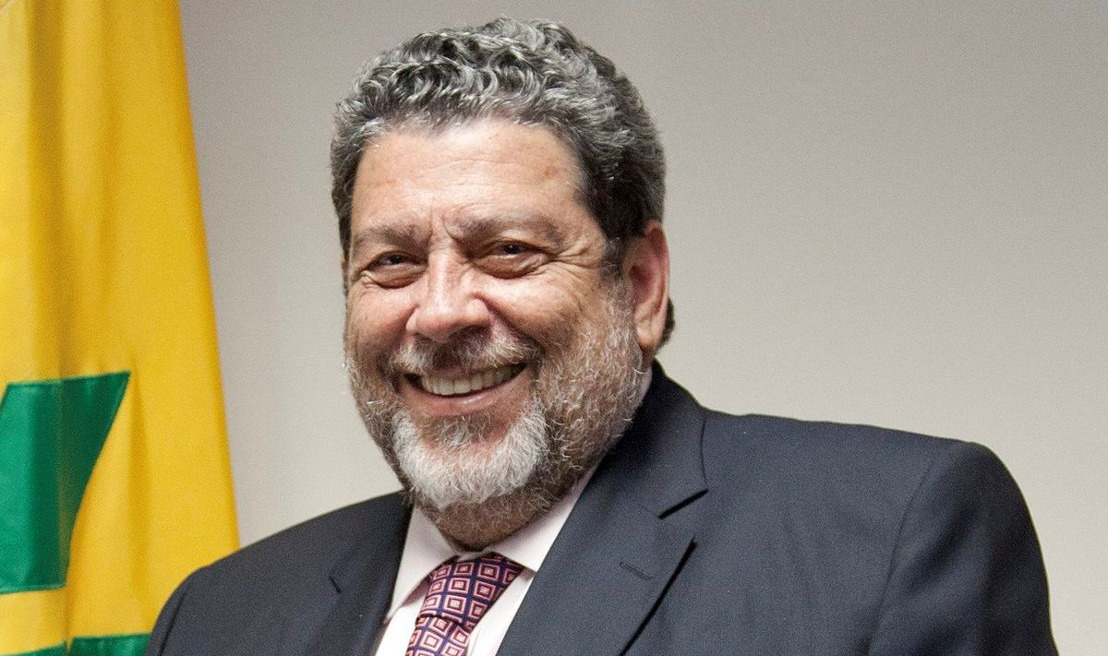 Key areas of focus, under Prime Minister Gonsalves' chairmanship, were:

Plans for the French territory of Saint Martin to join the Organisation are still underway, however the country remains on observer status until it has recovered sufficiently from the damages incurred by Hurricane Irma. The Dutch territory of Sint Maarten has also expressed a strong willingness to strengthen cooperation with the OECS Member States.

(b) Strengthened Resilience to Climate Change

Several climate change resilience and sustainable development projects were pursued under Chairman Gonsalves' leadership such as an MoU signed between the OECS and the non-profit association Solar Head of State (SHOS). The partnership seeks to develop and implement a regional strategy to generate public savings through the installation of solar photovoltaic power systems on key government buildings in OECS Member States.

A major Regional Building Standards Forum and Exhibition was held in June 2018, which enabled the review and discussion of the 2015/2016 OECS Building Code and Guidelines in an effort to update and improve provisions and implementation.

In 2019, the OECS Commission signed a licensing agreement with Facebook Caribbean to enable the OECS to use Facebook’s Disaster Maps as the Organisation prepares for the 2019 hurricane season.

Other key initiatives such as the OECS-Direct Relief Partnership and the 4 million euro INTERREG Ready Together Project aim to strengthen disaster preparedness and improve the availability of assistance in the Eastern Caribbean in the event of natural disasters.

The presence of the OECS in the international arena has been strengthened through the deepening of ties with strategic regions.

Discussions towards the reopening of a joint diplomatic mission in Ottawa, Canada, were also advanced in the past year. The mandate of the Eastern Caribbean Liaison Service (ECLS), based in Canada, which plays a key role in broadening career opportunities for citizens of the OECS through the Canadian Temporary Foreign Workers Programme (TFWP), has been strengthened to include the exploration of job opportunities in areas other than agriculture. The 1st Meeting of OECS Council of Ministers of Labour was also held this year.

Further, the election of St. Vincent and the Grenadines as non-permanent members on the United Nations Security Council (UNSC) was also of marked significance as the smallest country to ever be elected to the UNSC.  This milestone represented the first time that an independent Member State of the OECS was elected to sit on the prestigious Council.

Continued efforts and collaboration with key decision-makers toward the improvement of aerial connectivity in the Eastern Caribbean is ongoing. In the past year, discussions were held with official representatives of the International Air Transport Association (IATA), the Eastern Caribbean Civil Aviation Authority (ECCAA), Civil Aviation of the French Territories of the Caribbean and French Guiana, heads of major airlines in the region, and government delegates. Among the initiatives advanced and/or implemented are the INTERREG Caribsky project, which brings together Air-Antilles, Liat and Winair, an Annual Conference on Airline Connectivity and a Commission dedicated to Airline Connectivity matters.

(f) Innovation in Agriculture and Reduction of the Food Import Bill

Innovative initiatives have been explored in several areas to boost local agriculture including the export of livestock to address intra-regional demand; the production of high-quality grade medicinal cannabis, especially in Saint Vincent and the Grenadines which is poised to become a leading producer; and the production of high demand products such as mushrooms to cater to the needs of the tourism industry in the region.

The use of Aquaponics has also been explored to tackle the region's high food import bill. The innovative system combines aquaculture and hydroponics (cultivating plants in water) and plays a key role as an alternative to traditional agriculture.

New strategic tools, such as the OECS Trade Vista, will provide an advanced statistical overview on export and import in the area of agriculture. It is the hope that through the identification of lucrative import substitution agri-products the OECS can boost domestic agricultural production to meet local and international demand.

The OECS recently partnered with the main education stakeholders of the Universities of Martinique, Haïti and UWI to launch the INTERREG ELAN project (Linguistic Exchanges and Innovative Learning through Mobility). Approximately two thousand eight hundred (2,800) primary and secondary school students, and their teachers, are expected to benefit from the 3-million-euro EU co-funded project which seeks to encourage plurilingualism within the Caribbean basin.

Collaboration with USAID through the Early learners Project (ELP) also aims to enhance the reading capacities of young children in the OECS.

(h) Improvement and Innovation in Healthcare

Cooperation in the healthcare sector with the French Associate Members of the OECS, Martinique and Guadeloupe, was given a boost with the launch of the INTERREG CARES Project. The 5 million euro EU-funded project aspires to achieve multiple objectives, including deeper access by nationals of OECS Member States to health services in the French Departments, improved interconnectedness of regional health systems and building the capacity of health professionals and decision makers.

Further healthcare improvements were discussed with the Director of the Pan American Health Organisation, Dr. Etienne, including collaboration in the training of healthcare leaders, support for the OECS pooled procurement drug service, the achievement of smoke-free spaces across the Eastern Caribbean, and the creation of an OECS health insurance system to ensure that services provided meet the needs of today’s population.

(i) Preservation of Marine Resources

The US 6 million dollar Caribbean Regional Oceanscape Project (CROP), funded by the Global Environmental Facility (GEF) and administered by the World Bank, secured a successful start toward the preservation of coastal and marine resources, and implementation of regional policies to stimulate blue growth in five OECS Member States, namely the Commonwealth ofDominica, Grenada, St. Kitts and Nevis, Saint Lucia, and St. Vincent and the Grenadines. The CROP project will support a balanced use of the resources within the marine space of OECS Member States to ensure the availability of these resources for future generations.