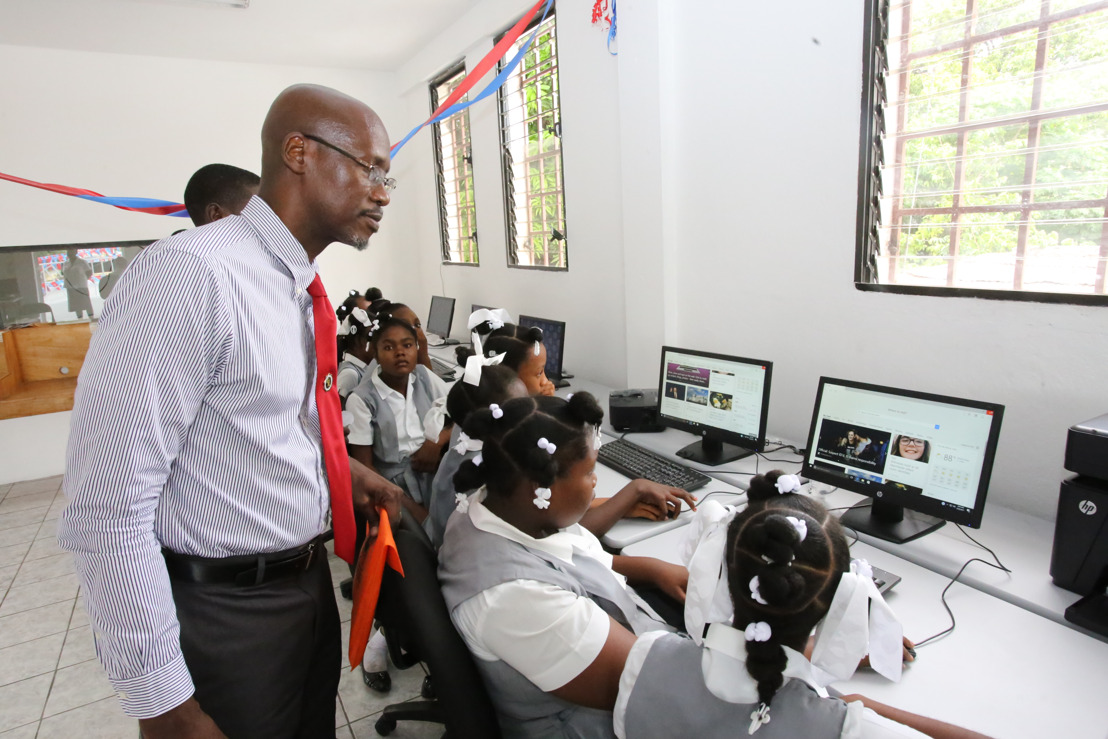 The mayor officially thanked ECTEL and CONATEL for facilitating the donation of the equipment. Secondary school students and a group of adult learners participated in the presentation ceremony. The equipment included sixteen computers and peripherals, four printers, sixteen chairs and desks. The equipment was transported and assembled during the week of May 16 – 19, when the community observed one of its important historical moments, the birth of the Haitian flag (May 18th).

“We chose to place the equipment in this ICT Centre community of Arcahaie, because it will serve many more people – students and members of the wider community. Arcahaie is an important community. Our deepest gratitude to the people and governments of the ECTEL Member states for this donation of 16 computers, printers and furniture. We are grateful to the ministers for considering our people in the aftermath of the destruction caused by hurricane Matthew in 2016.”

He also noted that CONATEL looks forward to collaborating with ECTEL on issues in which the organistion has already made some progress, such as roaming and net neutrality.

Mayor Rosemila Sainvil Petit-Frere expressed her gratitude for the donation and asked that this be conveyed to the governments and people of the ECTEL Member States.

“We are endeavouring to extend education and ICT training to all members of our communities who are willing to learn. The equipment will be of tremendous benefit to the young children who are still attending school".

While in Haiti, the ECTEL Managing Director also held discussions with the new CONATEL Director and other officials on current issues facing the region in the delivery of telecommunications services, including roaming and net neutrality. He also briefed them on some of the current matters on ECTEL’s regulatory agenda such as the draft Electronic Communications Bill, roaming, interconnections and number portability.

Haiti was struck by Hurricane Mathew on October 4, 2016. Nearly 900 people were reported to have been killed and up to 90% of some areas destroyed. The ECTEL Council of Ministers approved the sum of EC$100,000.00 as a contribution from the Member States to address the emergency rehabilitation of those who lost lives, property and livelihoods in the aftermath of the hurricane. Acting on the advice of CONATEL, these funds were used to purchase much needed equipment and furniture for the community.