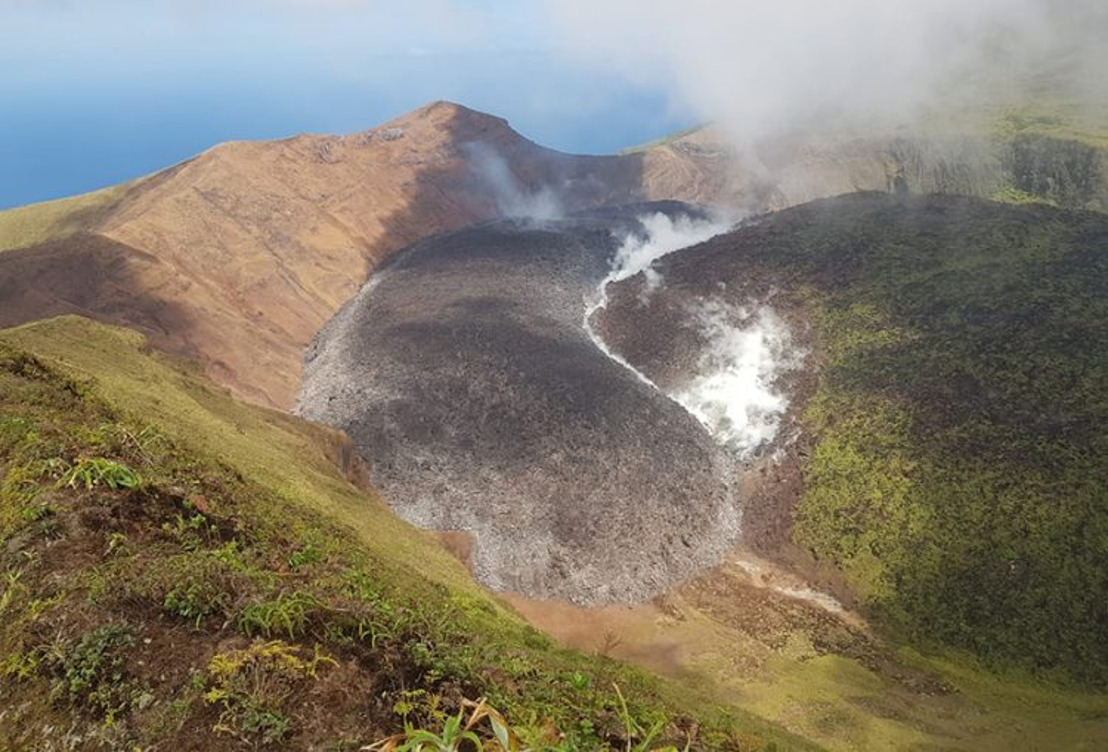 At a news conference Thursday, Vincentian Prime Minister, Ralph Gonsalves confirmed that there has been increased activity at the volcano, specifically a series of low-level seismic tremors. Scientists monitoring the volcano say this could be indicative of fresh magma trying to reach the surface.

Subsequent to that media briefing, Grenada’s Prime Minister, Dr. the Right Honourable Keith Mitchell spoke to his Vincentian colleague, assuring him that the Government and people of Grenada stand in full solidarity with their brothers and sisters in St. Vincent.

Dr. Mitchell reaffirmed the country’s pledge of 1,600 beds at St. George’s University to accommodate persons who may need to be evacuated. This pledge was initially made in December last year, following an emergency meeting of OECS leaders.

The Prime Minister has since spoken to the Chancellor at SGU who assured him that all systems will be put in place to quickly accommodate evacuees, should the need arise.

The possible volcanic eruption and resulting potential for the evacuation of residents comes in the midst of the global pandemic with several countries struggling to reduce the number of new cases while at the same time, pushing ahead with vaccination programmes.

Dr. Mitchell noted that even as Grenada prepares to accept evacuees, protecting the health and safety of Grenadian nationals remains of paramount importance.

The Grenadian leader said his Vincentian counterpart has assured him that persons being evacuated will be required to have at the very least, their first dose of the COVID-19 vaccine.

Additionally, rigorous testing will be undertaken in keeping with Grenada’s entry protocols.

Evacuees are advised that the process will be coordinated between the Governments of both countries, with an appropriate transfer mechanism being utilised to transport persons from one mainland to the other.

Other pledges of support have been made to the Government and people of St. Vincent and the Grenadines, but we continue to hope that they are spared an explosive eruption of the La Soufriere volcano.