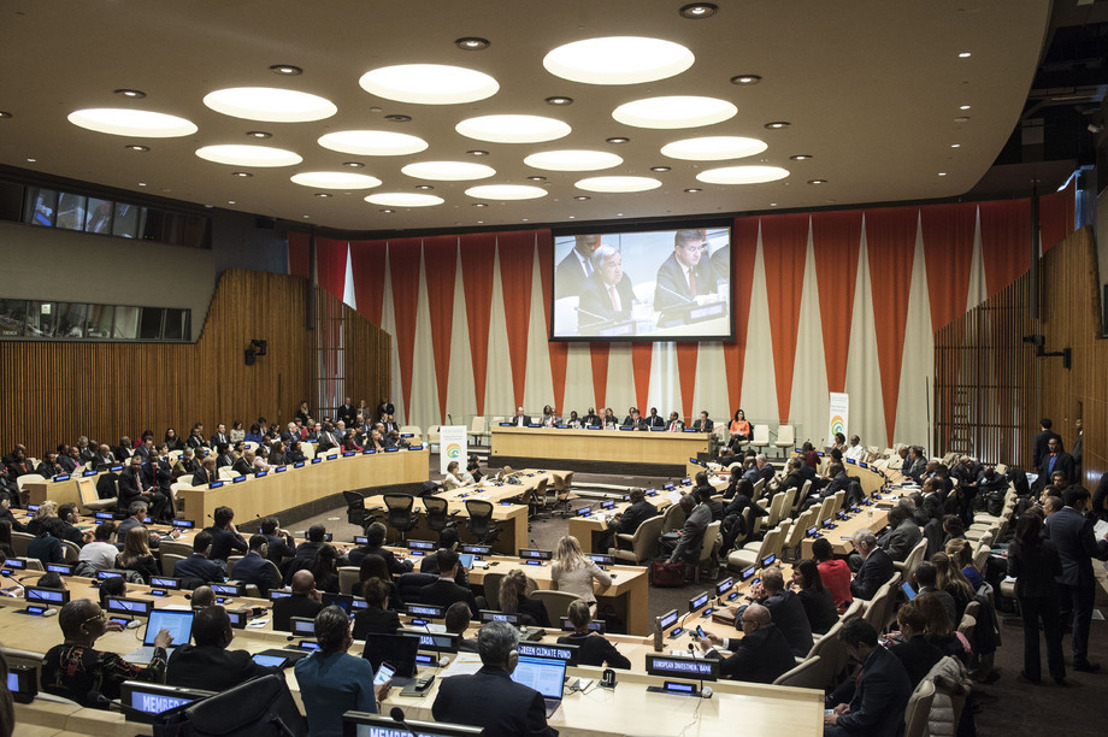 The existential challenge of smallness is the contradiction of opportunity coexisting with vulnerability. On the one hand, smallness provides the scale ideal for beta testing innovation and integrated ecological solutions to the dilemmas of human civilization. Small size makes experimentation manageable on all fronts, whether they be cost or efficiency, allowing the latitude for mid-stream adjustments and changes. But producing scalable solutions.

On the other hand, at the core of the DNA of smallness is the reality of vulnerability. The vulnerability of small states is inversely proportional to size because the mathematics of disaster does not move the human conscience as it does when struck on a larger stage.

This is what has brought us here today but we would fail to appreciate the true magnitude of the pain of that hurricane season if we do not scale the experience to globally significant figures.

Six (6) category 3 to 5 hurricanes traversing the region in 2017 represent a terrifying escalation of catastrophe in our small space;

Ten Caribbean countries including five OECS member states directly and profoundly impacted by the most dangerous of these hurricanes.

That we are small does not make us insignificant; that we are insular does not make us isolated. The size and scale of our destruction, damage and loss in this season of pain may not be readily appreciated by those who are bigger and richer. But perhaps if we scale up our loss to your parameters you will grasp the comparative magnitude of our pain:

Maybe we are overdramatizing the reality but human tragedy on any scale is tragedy despite the numbers, nationalities, or ethnicities. The narrative would have been different had the same pain been inflicted with equal intensity and scale in any more populous, or wealthier jurisdiction.

Our challenge is not only climate-change fueled hurricanes but also in the longer term, other equally damaging implications such as sea level rise, coral bleaching, severe drought etc.

All of the regional organizations present: CARICOM as well as OECS, stand ready and able to fulfil their responsibilities within their respective remits to changing the Caribbean development narrative.

For this event to be successful Mr. Chairman, it needs to embrace the commitments and the aspirations that our leaders have been articulating – the creation of resilient states. This is not simply about infrastructural reconstruction to higher and better standards; it is ultimately about this crisis giving birth to a new development paradigm in which the promise of smallness provides a light to a new path of human civilization that is respectful of nature. A new development pathway that is sustainable, equitable, resilient, that ushers in the new era of human civilization.