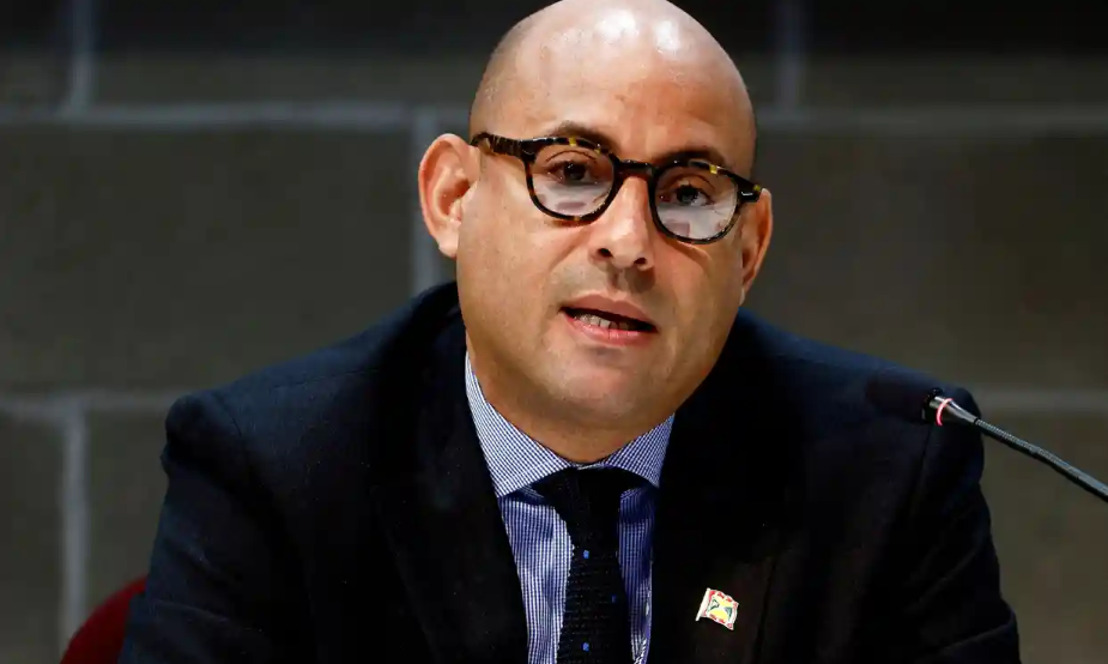 Tuesday, August 16, 2022 — The next UN climate chief will be Simon Stiell, the (former) environment minister of Grenada, a surprise appointment that will cement the importance of holding global temperature rises to 1.5C.

Stiell will face the task of putting countries back on track to meet international climate goals at a time of rising geopolitical tensions and a global energy price crisis.

Nations will meet for what is likely to be a fractious UN climate summit in Egypt, called Cop27, in less than three months. But the prospects of success are increasingly slim.

Almost all countries agreed at last year’s Cop26 meeting to focus on cutting greenhouse gas emissions in line with the 1.5C temperature limit. But since then the global consensus has fallen apart as Russia’s invasion of Ukraine has sent already rising gas prices soaring, adding to pressure on food prices and provoking a cost of living crisis around the world.

Tensions between the world’s two biggest emitters, China and the US, have also risen sharply in recent weeks. Beijing reacted to a visit to Taiwan by the House speaker, Nancy Pelosi, by withdrawing cooperation with the US on climate issues.

Bob Ward, director of policy at the Grantham Institute of the London School of Economics, said: “It is very good to have Simon Stiell’s appointment confirmed well ahead of Cop27, and the world will hope he can prevent further momentum from ebbing out of the international negotiations. He arrives at a critical moment, with the goal of limiting warming to 1.5C almost slipping from the world’s grasp.”

He added: “I hope he will increase the sense of urgency among countries and counter obstacles, such as the growing tensions between the world’s two largest emitters, China and the US, and the ongoing energy crisis caused by the ruinous cost of fossil fuels.

“His experience as a politician in Grenada will no doubt have given him a deep appreciation of the huge and growing risks that climate change poses to developing countries. He must be tough with those countries, particularly the G20, who are failing to live up to their responsibilities.”

Rachel Kyte, dean of the Fletcher School at Tufts University in the US and an expert on the UN climate talks, said: “He has to keep the process honest for all our sakes. Management experience helps and a small island background is very powerful.”

Stiell was a surprise choice to replace Patricia Espinosa, the outgoing executive secretary of the UN Framework Convention on Climate Change, because he will be the third UN climate chief in a row from the Americas. Espinosa was a former Mexican government minister, and her predecessor, Christiana Figueres, who oversaw the 2015 Paris agreement, comes from Costa Rica.

Figueres, now the founding director of Global Optimism, said: “The selection of a third executive secretary from the Latin American and Caribbean region has been a surprise to some. However, the decision underscores the exponentially growing vulnerability of low-lying island states as well as many other regions of the world in the face of insufficient action.

“Climate action at the scale and speed necessary to protect humanity is not yet being displayed, and Cop27 has to bring in much greater responsibility.”

Experts on the UN process said the appointment of someone from the Caribbean sent a clear signal that island nations – which are among the most vulnerable to the impacts of the climate crisis, as many face severe flooding if global average temperatures exceed 1.5C – were having their voices heard.

Yamide Dagnet, the director of climate at Open Society Foundations, said: “Islands have been the biggest champions of climate action and the multilateral system from the early 1980s. Islands ensured that 1.5C remained on the global agenda, islands are nudging us forward on loss and damage, and are innovating for adaptation like never before.

“It’s incredible to see proven island leadership take the helm at UNFCCC. My hope is that this will bring renewed impetus for just transitions towards vibrant, more resilient low-carbon economies and societies.”

Matthew Samuda, a minister in the Jamaican government, said: “He’s an excellent choice, very qualified, and very committed to the climate change agenda. Most importantly, he understands the challenges of developing nations. Jamaica and no doubt the entire Caribbean looks forward to working with him.”

In the Paris agreement, countries agreed to ensure that temperatures would not rise above 2C and to “pursue efforts” to stay within 1.5C. But island nations led in forcing a refocus on 1.5C instead of 2C, because of their vulnerability. Stiell’s appointment has been seen as bolstering such efforts.

Scientific advice published since the Paris agreement has shown that 2C is much more dangerous, and recent extreme weather around the world, which has heated by about 1.1C to 1.2C above pre-industrial levels, has confirmed fears that even 1.5C will cause severe problems.