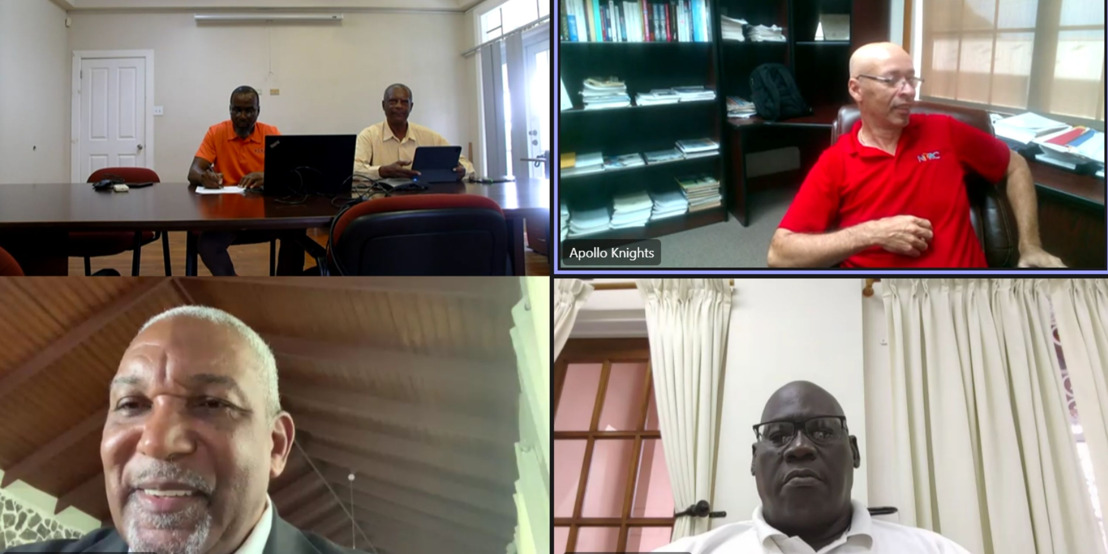 The theme was ‘From liberalization to digital transformation’. The objective of the meeting was to give an overview of work carried out in the last year and provide an update on the work plan and budget for the two organisations responsible for regulating electronic communications in the five (5) ECTEL Member States of the Commonwealth of Dominica, Grenada, the Federation of St. Kitts and Nevis, Saint Lucia and St. Vincent and the Grenadines.

In his welcome remarks, Mr. Gregory Shillingford, ECTEL’s Chairman of the Board of Directors said:

“In the ECTEL Member States, the sector demonstrated some level of resilience as, to some extent, the service providers were able to meet the increase in demand on their networks.  However, the pandemic laid bare a number of concerns that we must put all our resources and efforts into addressing.  These include lack of access to service by families and students in unserved and underserved geographic areas; lack of access by families and students due to the cost of electronic communications services, and challenges with the quality of service and quality of customer experiences for those with access to service.”

Thereafter, the NTRCs followed by ECTEL made their presentations, the following are some of the key points raised. In Dominica, NTRC’s Executive Director, Mr. Craig Nesty spoke about their consumer protection initiative which has seen an increase in the number of complaints being received from the public and the recourse being taken. They have also updated their website to focus more on customer complaints and they have been publishing a complaints report quarterly in the newspaper. Dominica has also established and supported five active community WIFI projects under the Universal Service Fund (USF).

In Grenada, Mr. Lawrence Samuel, NTRC’s Coordinator said some of their challenges include an outdated Act and regulations that are significantly behind the technological status, however, they intend to advance the legislative framework by supporting the promulgation of the Electronic Communications (EC) Bill and its associated regulations.

Mr. Ervin Williams, NTRC’s Director - St. Kitts and Nevis stated their intention to work with ECTEL to get the EC Bill passed in the other member states, the EC Act was passed in St. Kitts and Nevis on February 18, 2021. He also spoke about their work on a project to support the digitization of the healthcare system and efforts to address the continued interference being experienced by amateur radio stations.

In Saint Lucia, Mr. Alden St. Clair, NTRC’s Acting Chief Executive Officer, indicated that they plan to amp up their public awareness campaign which began last year but was negatively affected by the pandemic. They will also be staging forums for consumers to interact with service providers to raise their concerns. Saint Lucia also listed the numerous projects they have funded under the USF which primarily provided internet access to the underserved.

Meanwhile, Mr. Apollo Knights, NTRC’s Secretary/Director - St. Vincent and the Grenadines began by thanking ECTEL and the other NTRCs for their support during the eruption of the La Soufrière Volcano. Thereafter, he said they intend to connect 340 households with subsidized internet access; provide internet connectivity to1000 students who have been issued a tablet by the Government and to work with ECTEL and other NTRCs to complete the Regional Integrated Spectrum Management and Monitoring System (ISMMS).

She went on to say that ECTEL will be working closely with the NTRCs to ensure the passage of the EC Bill.To this end,an education and public awareness campaign will be launched in the upcoming months to provide more information to the public on the benefits to them and their role as advocates for the enforcement of the Bill in their respective countries.