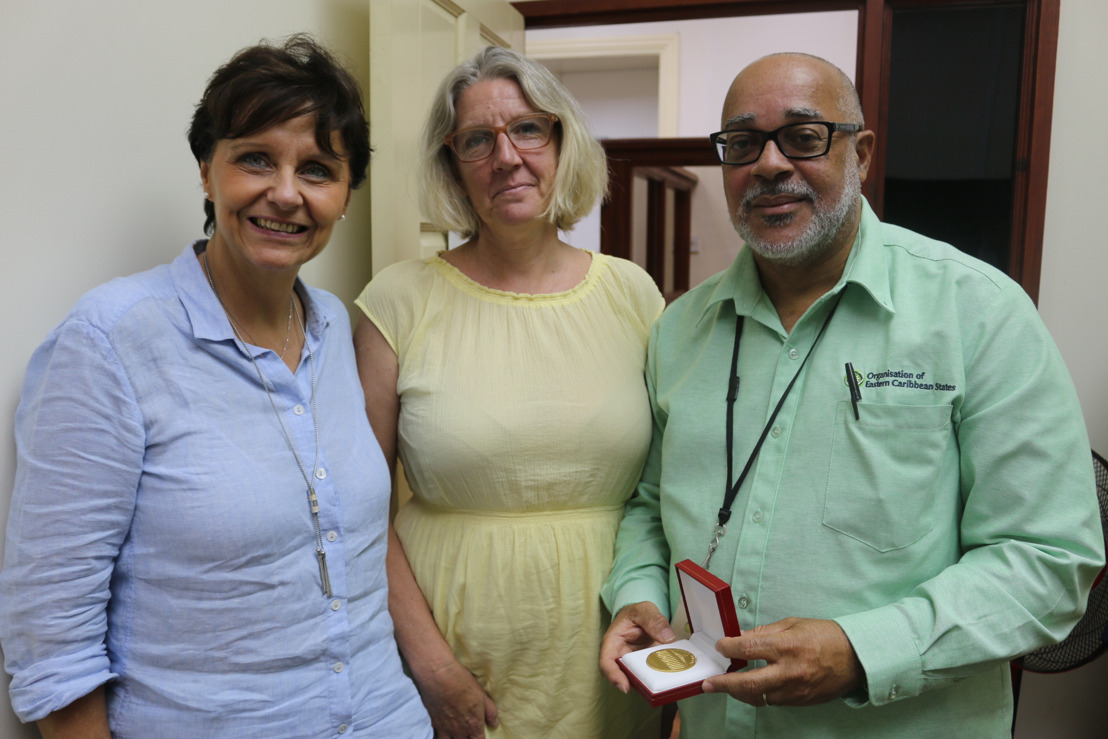 This meeting was scheduled as part of the information gathering mission for the parliamentary report on the International Environment of the French Overseas Territories, which the two deputies will complete.

The document will provide a comprehensive analysis of the relations between the French Overseas Territories and the neighbouring countries. The report will also play a critical role as an essential document to support the drafting of laws and budget proposals to address some of the remaining obstacles to the deepening of the relations between Martinique and Guadeloupe, French territories and Associate Members of the OECS, and the English-speaking OECS Member States.

The deputies underscored the importance of the meetings conducted in multiple French Overseas Territories in preparing the final parliamentary report.

As co-protractors of the information gathering mission on the International Environment of the French Overseas Territories, we completed multiple meetings in the French Overseas Territories of the Indian Ocean, the Pacific Ocean and the Atlantic Ocean. Today, Dr. Didacus Jules apprised us of some very interesting projects currently being undertaken by the English-speaking OECS Member States in close collaboration with Martinique and Guadeloupe.

However, other issues remain in the area of economic development, the movement of people, as well as many other topics. This meeting gave us the opportunity to have a concrete overview on these matters. Thus, we will be able to draft relevant proposals in our parliamentary report which we will defend at a presentation to the Government of France,” Deputies of the French National Assembly Bérengère Poletti and Annie Chapelier said.

The two deputies concluded the courtesy visit with the handover of a protocol present to the Director General of the OECS.

Both members of the French parliament also indicated that the report on the International Environment of the French Overseas Territories will be finalized by the first quarter of 2020. The document will be presented to the French Commission of Foreign Affairs who will authorize the official release to the general public through the internet.