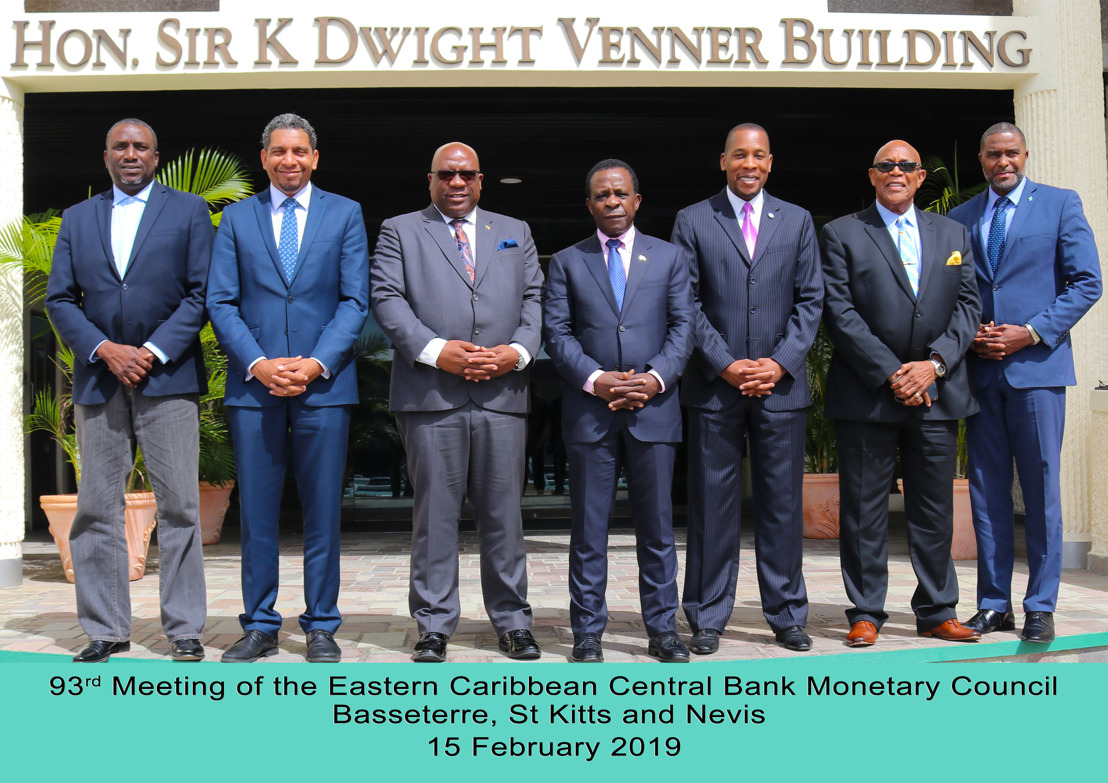 Council received the Governor’s Report on Monetary and Credit Conditions in the Eastern Caribbean Currency Union (ECCU), based on developments during 2018.       The Report focused on recent trends in monetary and credit conditions as at 31 December 2018 against the backdrop of global economic and financial developments and within the context of the Bank’s broader objectives of ensuring the stability of the exchange rate and the financial system.

Council was apprised of the following:

The Monetary Council received the preliminary Financial Stability Report for the ECCU for the period January to December 2018.  The report reveals that the ECCU’s financial sector remained broadly stable throughout 2018.  The report also indicates the following:

Council considered the proposed framework for identifying systemically important commercial banks and credit unions in the ECCU.  Twelve institutions were identified of which: three were banks and nine were credit unions. While commercial banks continued to dominate the financial sector, credit unions were expanding, becoming an increasingly important source of credit to the private sector through increases in membership, assets, loans and deposits. The boom in credit union activity has implications for financial inclusion and the financial stability framework.

With respect to the ECCU Credit Bureau, Council was informed that enactment of the Harmonised Credit Reporting Bill remained outstanding in four (4) member countries. Council urged these countries to enact by the end of March 2019.  Two key responsibilities of the credit bureau are to provide credit-granting institutions with better means to access information and to facilitate the extension of credit to underserved segments of the population.

Council was apprised that within ECCB member countries, fiscal balances improved in 2018, compared with the previous year.  In respect of the Debt to GDP ratio target of 60 per cent, the most recent data indicate preliminary ratios of 70.3 per cent and 71.7 per cent for 2017 and 2018 respectively.

Council noted that ECCU growth was estimated at 2.7 per cent in 2018 and is projected to accelerate to 3.1 per cent in 2019 as the recovery from the 2017 hurricanes continue.  Several factors contributed to that outturn, including improvements in the tourism and construction sectors.

Council was informed that several key reforms and investments were needed to expedite and raise the current growth trajectory to the 5.0 per cent growth target required to support socio-economic transformation.  In this regard, Council recommended that countries implement the actionable items of the Annual Growth and Resilience Dialogue.  These include: enactment of fiscal resilience frameworks; improving the business environment; improving regional transport infrastructure; increasing access to credit; enhancing skills training and apprenticeship programmes and harmonising building codes.

5. Report From the Technical Core Committee on Insurance (BAICO and CLICO)

With reference to BAICO, Council noted that a second distribution of approximately EC$30 million is planned for 2019.

Council noted that all efforts are being made to seek redress for the benefit of the ECCU on matters related to BAICO and CLICO.

6. Date and Venue of 94th Meeting of the Monetary Council

Council agreed to the convening of the 94th Meeting of the Monetary Council on
Friday, 26 July 2019 in Montserrat.

Council Members who attended the meeting were: