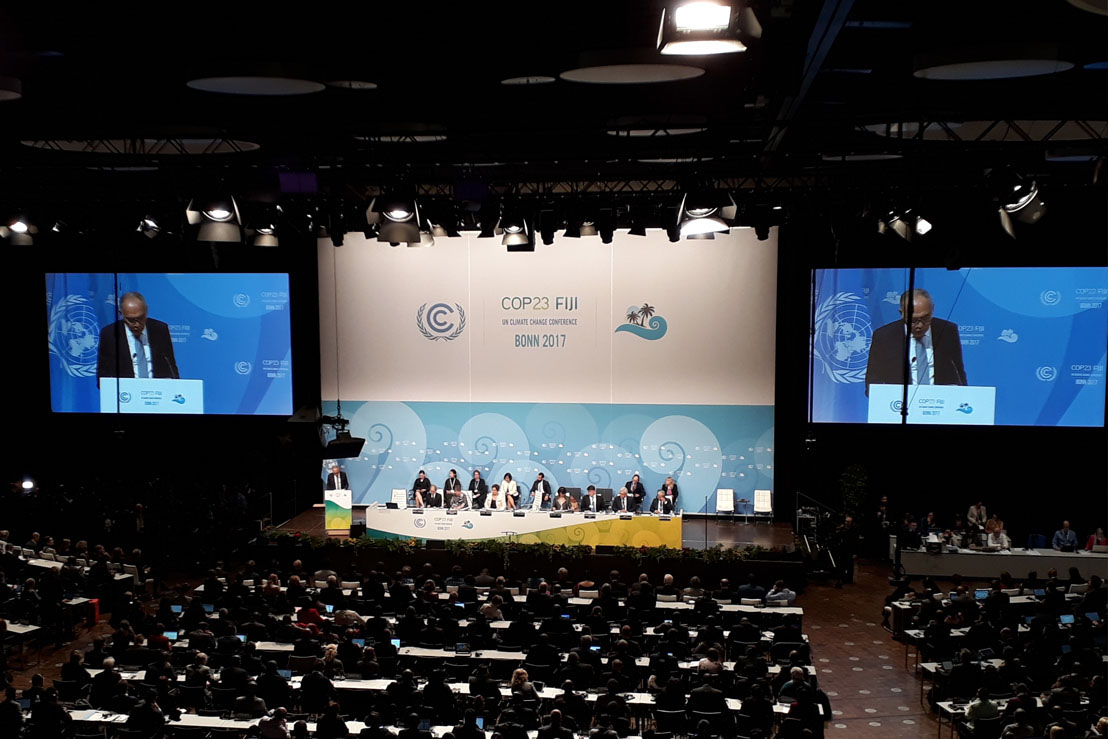 H.E. Salaheddine Mezouar, Minister of Foreign Affairs and Cooperation of the Kingdom of Morocco and President of COP 22 passed the COP 23 Presidency torch to H.E. Frank Bainimarama, Prime Minister of Fiji, thus kicking off the official opening of COP 23 in Bonn, Germany.

The negotiations that resulted in the ratification of the Paris Agreement two years ago, engaging 169 countries on the major objective to keep global average temperatures from rising 1.5 degrees by the end of the century, are now giving way to the most important part of the worldwide environmental challenge – the implementation phase. As the new President of COP 23 stated:

“This is our moment of truth, when all of us in this room will be tested [...] Let’s make the hard decisions that have to be made for our future. Let’s get the work done," he said.

As the World Meteorological Organization confirmed, 2017 is among the warmest years on record and countries are urged to take action. The chairmanship of Fiji is very symbolic as the Pacific island is a part of the Small Island Developing States (SIDS) category as is the OECS which is confronting climate change.

The OECS is leveraging COP23 to highlight the world's focus on a new “climate reality” in reference to the impacts of the latest hurricanes Irma and Maria which resulted in severe losses within the OECS sub-region, especially the British Virgin Islands, Anguilla, Barbuda and Dominica.

The United Nations Conference on Climate Change is expected to gather thousands of participants during the following two weeks.