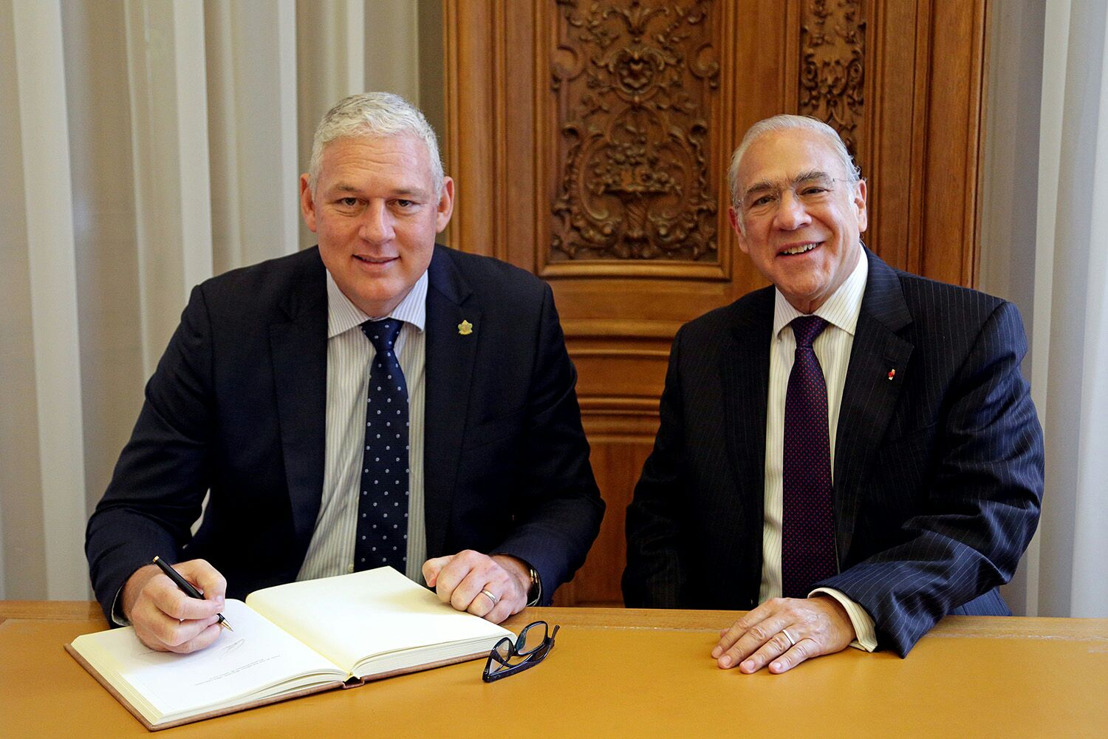 The meeting comes in the wake of three disastrous hurricanes, two of which decimated Dominica, the British Virgin Islands, Barbuda and Puerto Rico.

Speaking from OECD Headquarters in Paris, Prime Minister Chastanet said unprecedented events suggested that a new era of climate reality was upon the Caribbean and that an enhanced international development assistance framework was urgently needed to combat what was likely to be severe growing threats to the region.

“As one Caribbean family spread across Small Island Developing States (SIDS), we don’t lack resilience but we do lack disaster management resources and the meetings I have had with Secretary General Gurria has proven fruitful in fortifying OECD assistance” said Prime Minister Chastanet.

“While ODA in the main has been used to promote economic development through a number of financial instruments, we are examining a classification of these funds to ensure they are also used as post disaster recovery assistance to arrest a rapid decline in economic activity following climate change led disasters.

“I will now be meeting with the World Bank to progress further long term assistance to the region” said Prime Minister Chastanet.

OECS Director General Dr. Didacus Jules added that the science was beyond dispute and that the OECS would be advocating for major economies to confront climate change as the greatest moral and economic challenge of our time at the upcoming COP23 meeting in Bonn, Germany.

“Small Islands Developing States are often the most climate affected members of the global community but are the least contributors to global warming resulting in devastating socio-economic effects on people, places and communities.

“I am confident that no matter how crushing the recent hurricanes were, they will be a timely reminder to the international community that we cannot and must not meet this challenge alone as we collectively re-build into a more resilient region” said Dr. Jules.